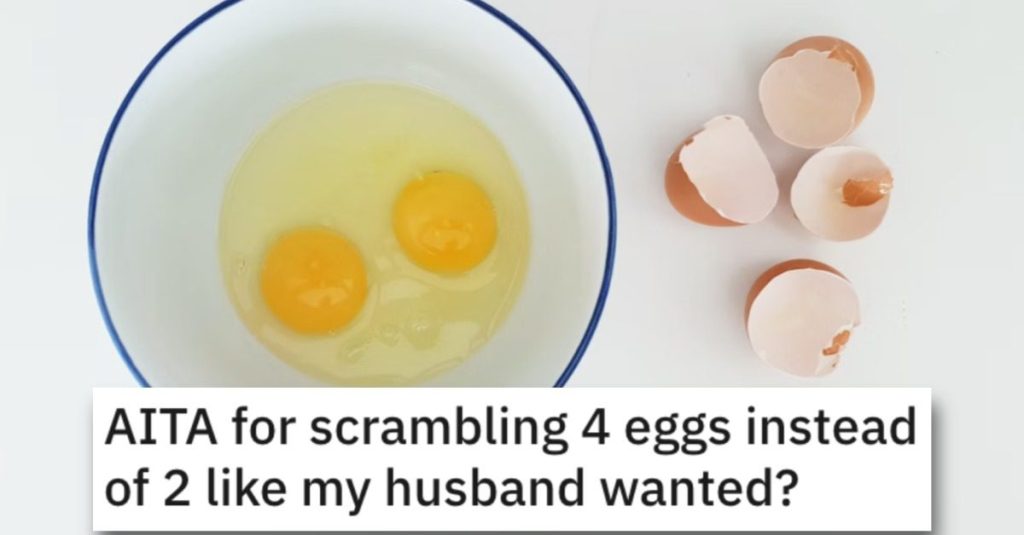 She Made 4 Eggs Instead of the 2 Her Husband Demanded. Was She Wrong?

Check out her story that was posted on Reddit’s “Am I the A**hole?” page and let us know if you think she was out of line for daring to scramble those two extra eggs…

AITA for scrambling 4 eggs instead of 2 like my husband wanted?

He’s responsible for bills and groceries and recently, he’s been tightening the grip on expenses and would get mad over little things I do. Like do laundry twice a week (because kids) or use more cleaning products than I usually do.

Yesterday, I was making breakfast for him and the kids and used 4 eggs to make scrambled eggs. He came to the table and found out that I had used 4 and started lashing out at me calling me irresponsible for not using 2 eggs instead. I called him unreasonable because 2 egg when it was the 4 of us?

The kids wouldn’t get enough. He yelled saying that I should keep in mind that he’s the one who’s expected to pay for all of that and will have to worry if we run out of groceries. I got upset and lost my appetite. I told him he could have the whole thing but he called me childish and immature for “sulking” when he was just being honest and straightforward with me.

I ended up having just coffee for breakfast and he left for work without speaking to me.

AITA for using 4 eggs instead of 2 so the whole family could eat?” 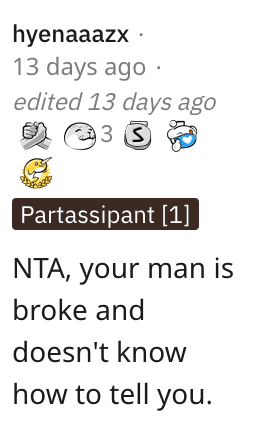 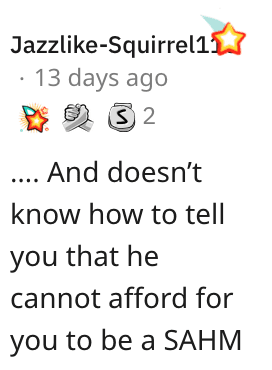 Another Reddit user said she’s NTA and that her husband is clearly super stressed out. 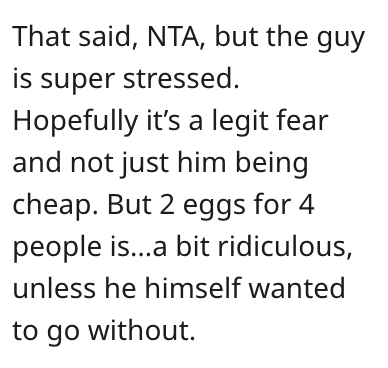