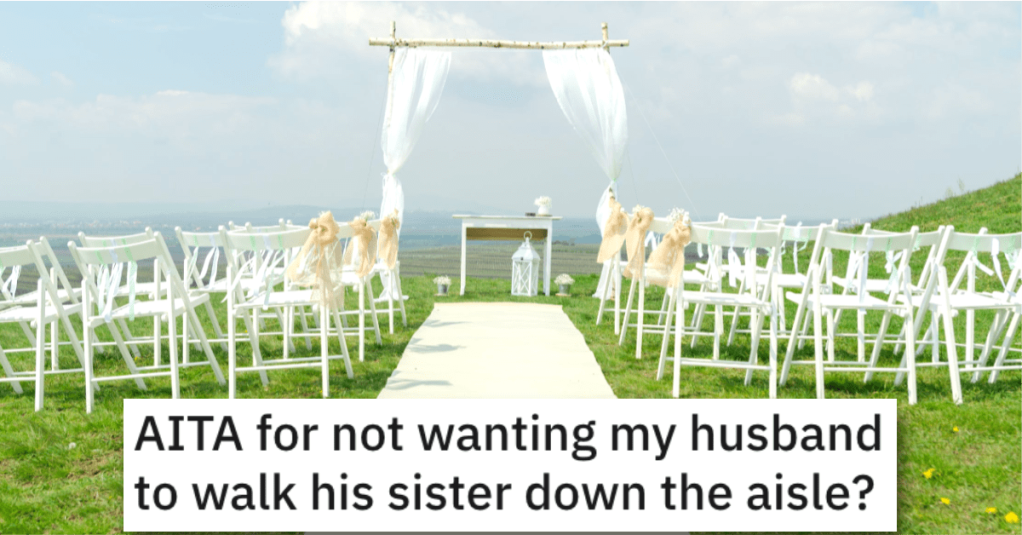 Is She Wrong for Not Wanting Her Husband to Walk His Sister Down the Aisle? People Shared Their Thoughts.

Why would you not want a loved one to walk their own sibling down the aisle on their wedding day…?

Yeah, it’s kind of a strange one, don’t you think?

But let’s see what’s going on here before we make a judgment call, okay?

Start now and let us know what you think in the comments.

AITA for not wanting my husband to walk his sister down the aisle?

He’s pretty close with his sister Beth, (28) and they spend almost all week together. Beth had issues with her father growing up. She went no contact with him after he took her first car and damaged it. She only remained in contact with Mike since everybody else judged her for going no contact.

She’s getting married to her fiance of 3 years. From what I understand, she and her dad are slowly getting reconciled, but she made it clear she wants him to take no part in the wedding. She asked Mike if he could walk her down the aisle and he agreed.

I have to say that I was taken aback and it felt a bit odd for me because, her dad is alive, they’re on speaking terms again, he’s gonna be there at the wedding so the logical thing to do is have him walk her down the aisle. This role isn’t for her older brother but her father. Not to mention how FIL will feel about it.

I brought this up with Beth and she had an attitude and implied that I was just saying this and objecting because of how I feel about the situation not how our traditions should be practiced. We got into an argument and I went home.

Mike thinks I’m being unreasonable and possibly causing him to miss something so sentimental and that if anything, he feels honored to be asked to do this for her, and said that I should stop worrying about what others might say.

Now we’re having this conflict (3 of us) and can not seem to reach a solution.”

Check out what people on Reddit had to say about this.

This person said she’s an a**hole and that there was really no conflict here. 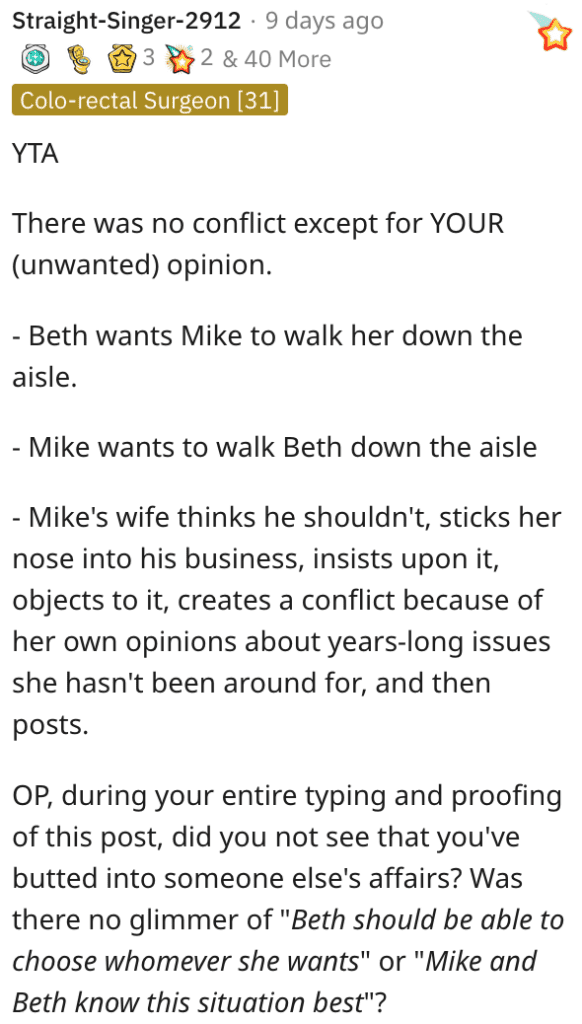 Another individual said she’s probably done something like this before and this guy should be reconsidering his marriage to her. 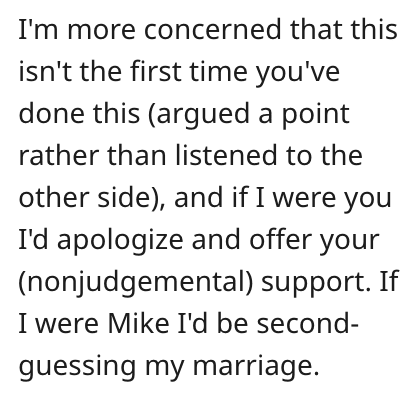 And another reader said it sounds like she doesn’t like how close her husband is with his sister. 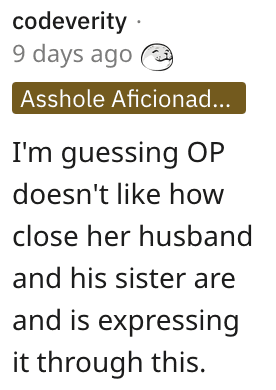