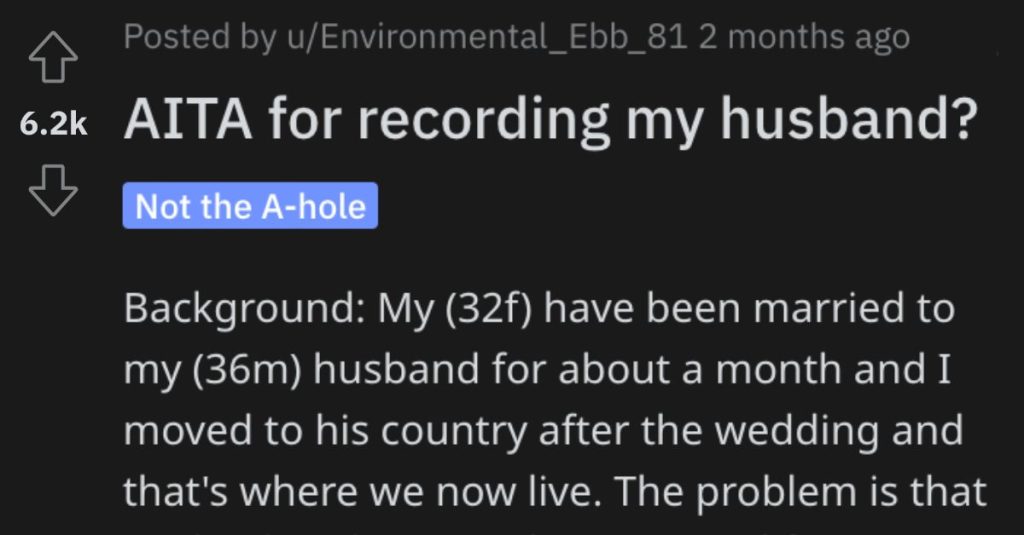 Is She Wrong for Recording Her Husband’s Snoring? People Responded.

Do you think people deserve to get put on blast for their snoring?

If you’ve ever shared a bed with someone who had a snoring problem, you know that it can drive you up the wall.

So is this woman an a**hole for recording her husband while he snored?

Take a look at this story and let us know what you think in the comments.

AITA for recording my husband?

“Background: My (32f) have been married to my (36m) husband for about a month and I moved to his country after the wedding and that’s where we now live.

The problem is that my husband never takes my word for it or believes me about anything unless he has solid proof. For example, I am an English teacher and English is my first language, and his second. He was writing a report the other day and asked me if the word “nil” was spelt like “nill” or with one “l”.

I spelt it correctly for him and he decided that he still needed to Google it to make sure that it’s correct. He does this all the time, no matter what. He’ll ask me something, only to then Google it or ask someone else.

The other day he went out to work and came home early. Exhausted, he took a nap where he then snored loudly before stealing the blanket off the bed. I was working next to him as he slept and had to get another blanket as it was cold.

I thought it was funny and told him when he woke up. He didn’t believe about either thing and asked me for proof. I told him I would record him so that he’d finally believe me when I spoke.

Every night he falls asleep before me so I’ve been recording him snoring. This morning we got on to the topic of snoring and I told him that he was snoring last night but, again, he didn’t believe me. So I told him I had proof this time.

He proceeded to get pi**sed off at me because I violated his privacy. He also claimed how hurtful it was and how wrong I am, and how I need to see things from his perspective.

I explained to him why I recorded him, referring to our previous conversation, but he claimed to not recall that conversation at all. We’re currently not speaking because of how much he blew up about this.

So am I wrong to record my husband?”

One person said she’s NTA and her husband asked for this. 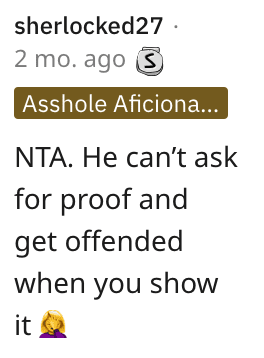 And a Reddit user also said she’s NTA and all she did was give him the proof he was asking for.

Another individual said there’s nothing for her husband to get upset about here. 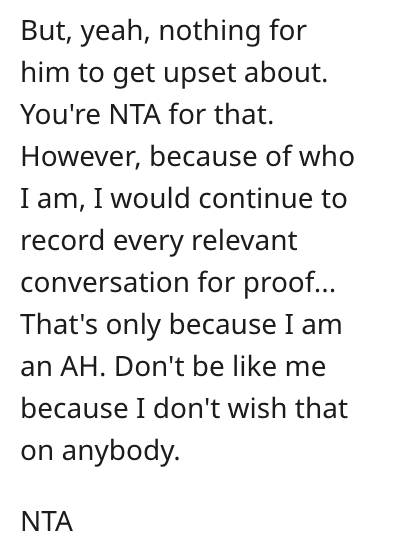