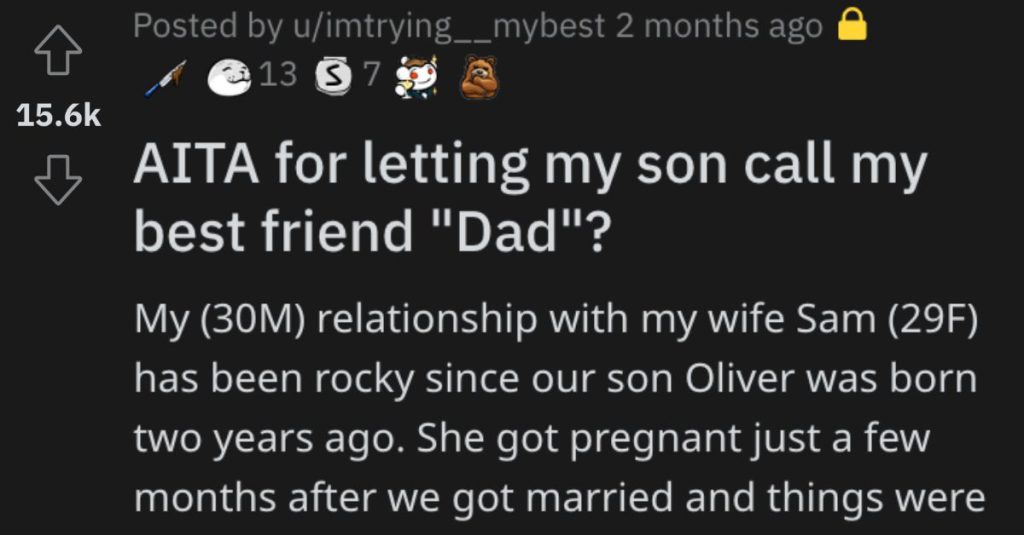 What happens when you let a child call someone “Mom” or “Dad” when they aren’t actually their parent…?

Yeah, I guess that can probably lead to some weird situations, right?

Check out this story from Reddit’s “Am I the A**hole?” page and let us know if you think this guy was wrong for letting his son call his best friend “Dad.”

AITA for letting my son call my best friend “Dad”?

“My (30M) relationship with my wife Sam (29F) has been rocky since our son Oliver was born two years ago. She got pregnant just a few months after we got married and things were fine up until Oliver’s delivery.

I assume it was postpartum depression, Sam never sought out a specific diagnosis, but after he was born it was like she just couldn’t care less about our child. We hadn’t planned to have children so early into our marriage and it was scary, but I can’t describe to you the all-encompassing love that comes with being a parent. The fear was worth it for me. It still is and always will be.

Throughout Oliver’s life, but especially that first year, I was essentially acting as a single parent. The only help I had (and I don’t mean for that to sound diminishing because this man is a godsend) was my best friend, Matt (33M). The plan was for Oliver to be breastfed, but my wife had no interested in it after he was born.

I was the one changing diapers and mixing up formula for bottles and being in the house we shared felt so… oppressive. Like the joys of bonding with my son were being sucked out of me because of the energy there. So I would take Oliver to Matt’s.

I don’t want to ramble on for too long, but there have been exactly zero times in life where Matt hasn’t shown up for me. I’ve known him since I was 19 and can safely say that even after all that time. But this is the most wonderful thing he’s given me.

I could sleep soundly knowing my baby would be taken care of. I had a place of refuge. He is so, so good with Oliver and is my shoulder to cry on. I don’t think I’ll ever be able to repay him but I’m definitely trying every single day.

Things with my wife have kind of started to look up but recent events have sent us in a huge downwards spiral. Oliver was having some speech delays but he’s been really picking things up as his third birthday nears.

He’s babbled “dadada” towards Matt and I for a while now, but “daddy” has since been added to his vocabulary and that is used to refer to us both. I have never corrected him. I checked in with Matt to make sure he was fine, and he said he was honored to be bestowed with such a title.

Sam got to hear this recently when I was on facetime with Matt and she basically went ballistic. As much as I h**e to admit it, I did say he was more of a parent than she had been which, while true, is hurtful. I need outside opinions on this.

Aita for allowing him to call him dad?”

One reader said he’s NTA…but he needs to ask himself if he’s in love with his friend Matt. 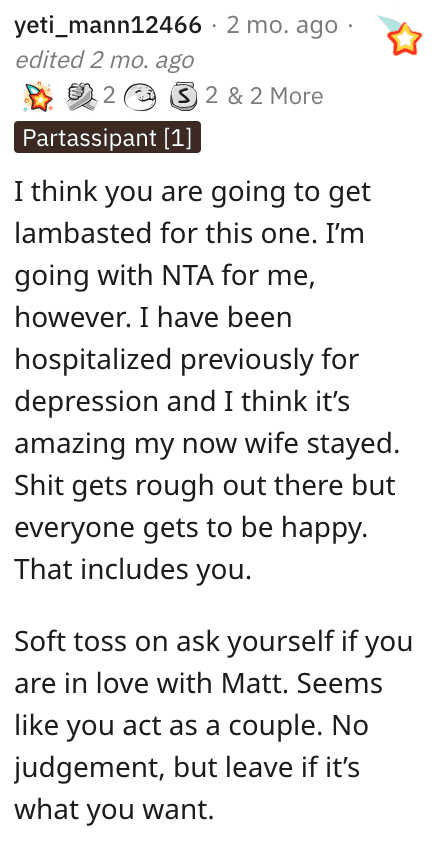 And this individual said he’s NTA and his feelings for Matt don’t matter in this situation. 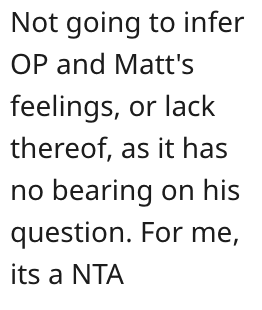 Another person also said he’s NTA but they think that his wife of probably suspicious of what’s going on between him and his friend. 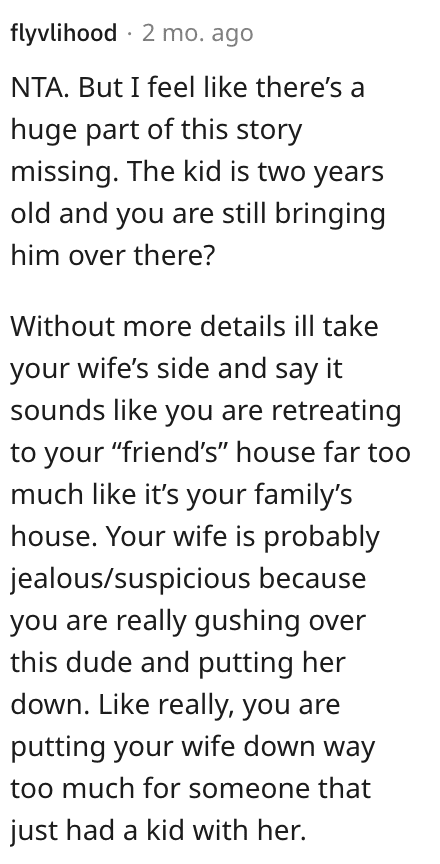