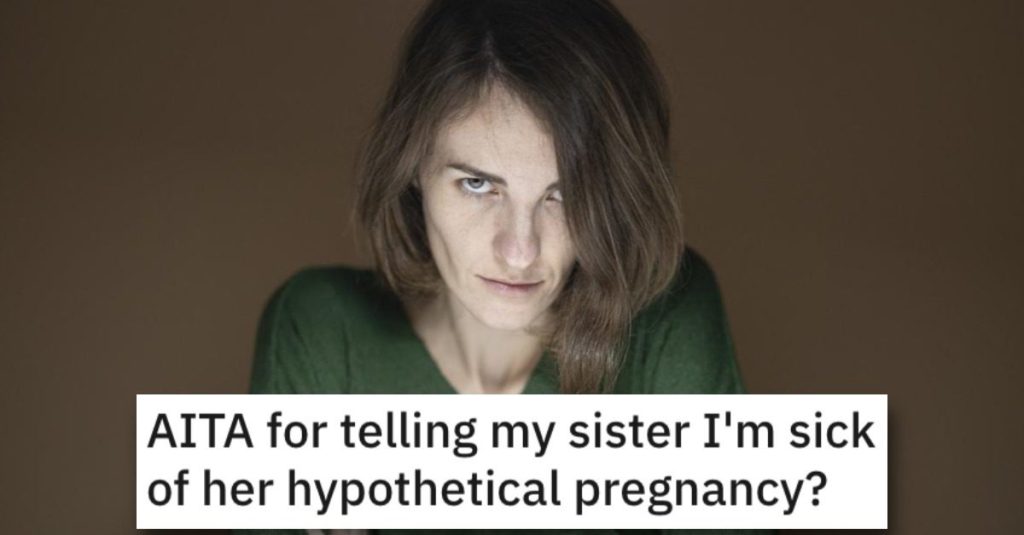 Is She Wrong for Telling Her Sister to Stop Talking About Her “Hypothetical Pregnancy”? People Responded.

Here we go with another round of family drama that looks like it’s gonna get UGLY.

But is this woman an a**hole?

Let’s review this story and see what we think…

AITA for telling my sister I’m sick of her hypothetical pregnancy?

“For the past year my sister has been trying to get pregnant, a journey on which I fully support her. However, she’s been kind of obnoxious about it.

Last night I told her about an upcoming trip I have with my boyfriend and some friends. We’re going river rafting, which I’ve never done before and was excited about. She jumped in with “I’d love to try that too, but I can’t because I might be pregnant.”

I feel bad, but also I am so sick of hearing about Schrodinger’s pregnancy. 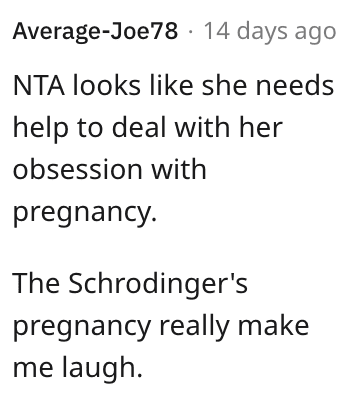 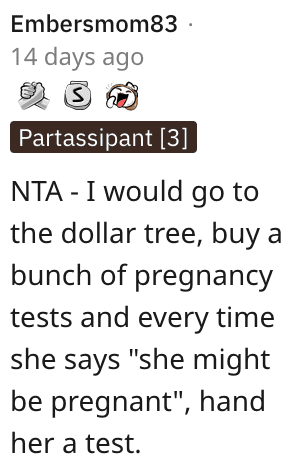 And this individual said she better be prepared for some real craziness if her sister ever does get pregnant. 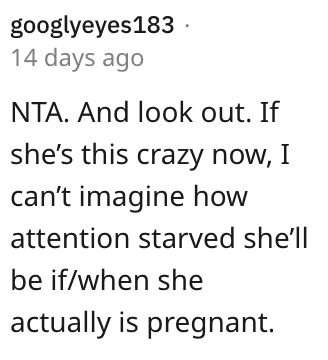