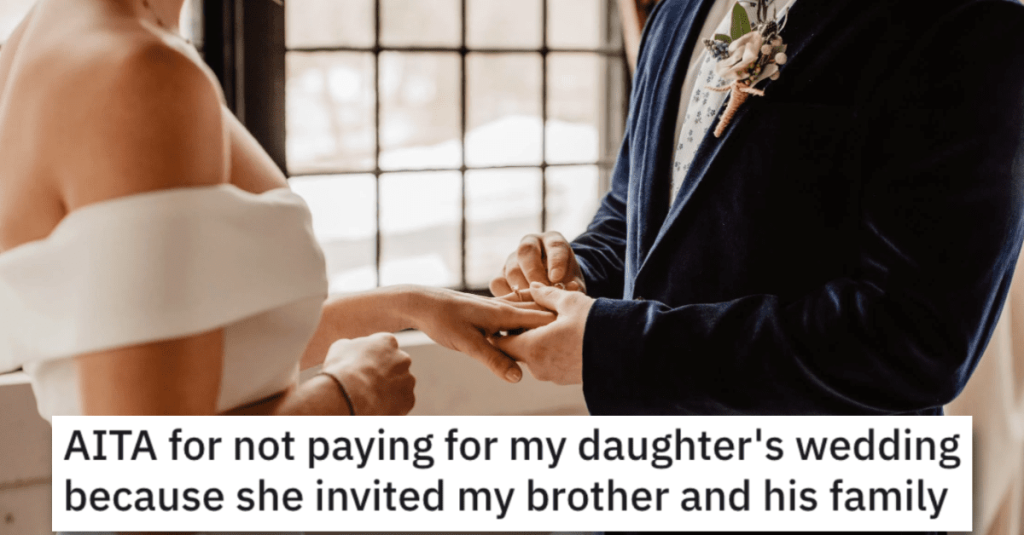 It might sound petty, but I guess if moms and dads are paying for the weddings of their kids, they can call the whole thing off if they’re not exactly thrilled with the guest list.

So is this father being a jerk for not paying for his daughter’s wedding because of who she invited?

Take a look at his story and let us know what you think in the comments.

AITA for not paying for my daughter’s wedding because she invited my brother and his family?

When I was 20, my then girlfriend cheated with my brother. I was heartbroken and p**sed. I told him he is no longer my brother. Despite my request, my family didnt cut him off, so I told them that I will never again be in the same place as he is. If they wish to invite both, then they should just invite him as I am the one giving ultimate.

My daughter is getting married in spring next year. In our culture both parents are paying for the wedding, 50/50. Unexpectedly, my daughter sat me down and told me that she will be inviting my brother and his family(he married my cheating ex). Apparently, she was seeing them for the last 4 years and built a relationship behind my back. She even wants her cousin to be some kind of flower girl.

I was p**sed. I told her what my boundaries are and if my brother is invited then I will not pay my part of the wedding. She became angry and told me its time to let go of the past. I told her its not her call to make. We argued some more and she told me I am making her wedding about myself. I told her I will probably not even attend so it will be all about her. She left crying.

My ex-wife called me screaming and told me I’m huge AH and our daughter is crushed. Then my parents called, same thing. I told them off and now I’m ignoring their calls. My GF told me to reconsider and appologize. That by not paying and attending I will break relationship with my daughter. I don’t know. I think my boundaries should be respected.

This person said he’s NTA and his daughter can pay for his brother to be there if she really wants to. 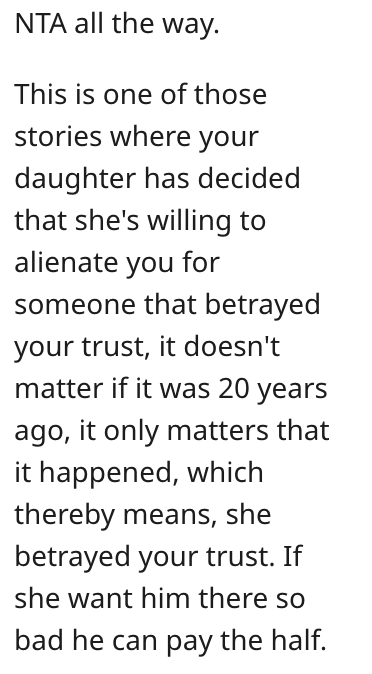 Another Reddit user said this guy is just being a man and sticking to his boundaries. 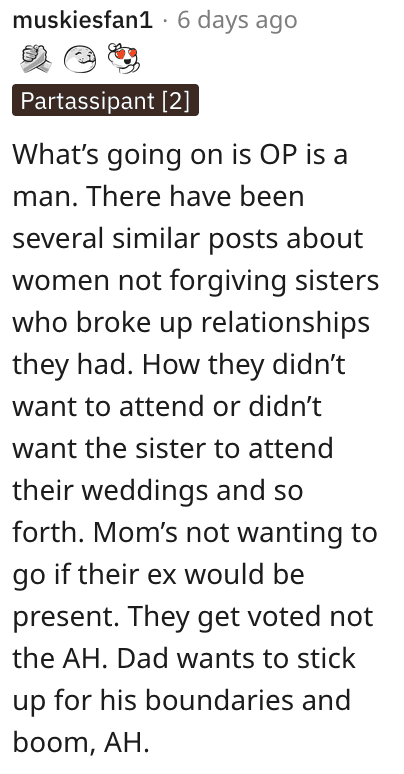 And this individual also said he’s NTA and that his daughter’s behavior backfired.