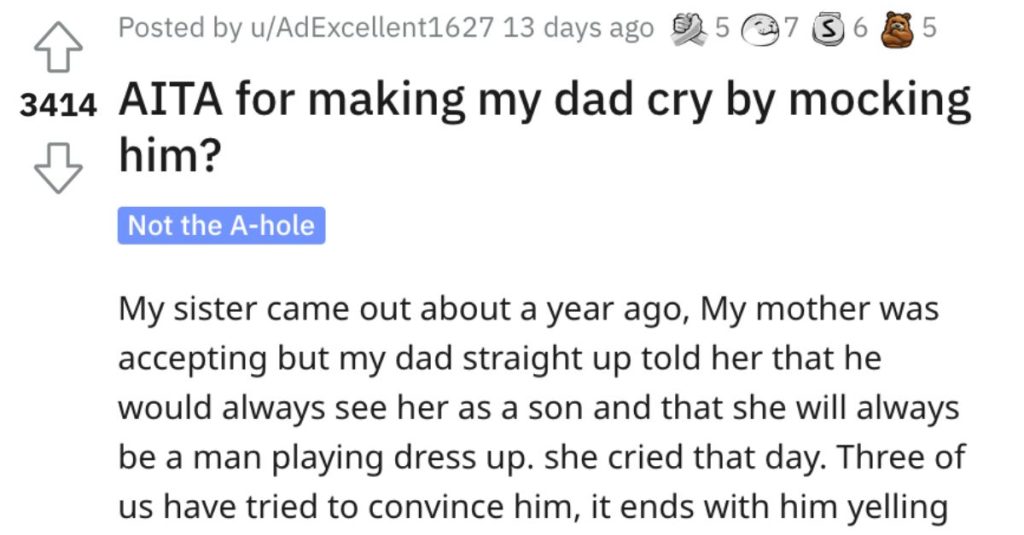 Is This Person Wrong for Mocking Their Dad and Making Him Cry? People Responded.

I would think that most people would be devastated if they made their parents cry, but this story is a little bit different.

It comes to us from Reddit’s “Am I the A**hole?” page and you’ll have to be the judge about whether this person acted like a jerk.

AITA for making my dad cry by mocking him?

“My sister came out about a year ago.

My mother was accepting but my dad straight up told her that he would always see her as a son and that she will always be a man playing dress up. she cried that day. Three of us have tried to convince him, it ends with him yelling at us and making her cry.

We were talking about her and she continued to misgender her and get angry when I used her name. I am a cruel a**shole and I started to mock him. Every time he would misgender her and d**d name her, I would call him a bad father, I asked him if making her cry was an hobby of his, I made a lot of jokes which pretty much made fun of him . I think I crossed the line by asking him if he wanted to attend his daughter’s funeral so badly.

It was pretty f**ked up. He started to cry and he asked me to stop. I did, I wanted to annoy him not to make him cry. I have never seen him cry before. I acted like a bully and I am really ashamed.

My mother outright told me that she was ashamed about how I behaved, I should have stopped earlier. It was a cruel thing to do and I don’t want to be a douchebag.

My sister doesn’t live with us and I try to correct him more gently when she is around, all of this mocking happened when she wasn’t here.”

This person had a hot take on this situation. Check out what they said. 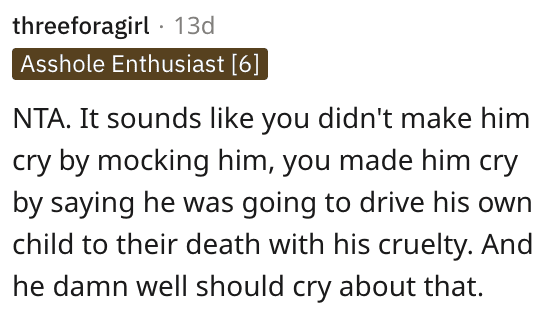 Another reader agreed with the person above and also said that they were just pointing out the obvious. 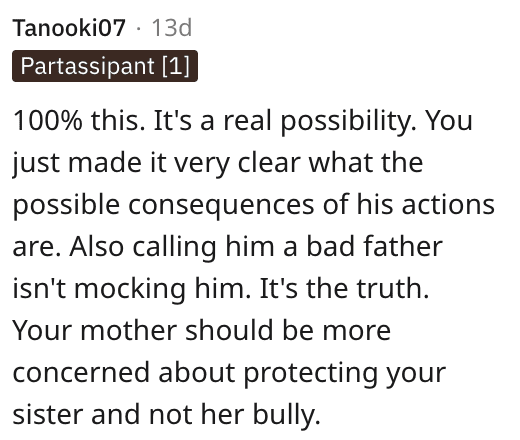 This individual said that the person did not act like a jerk and this is the kind of tough love that the dad probably needed. 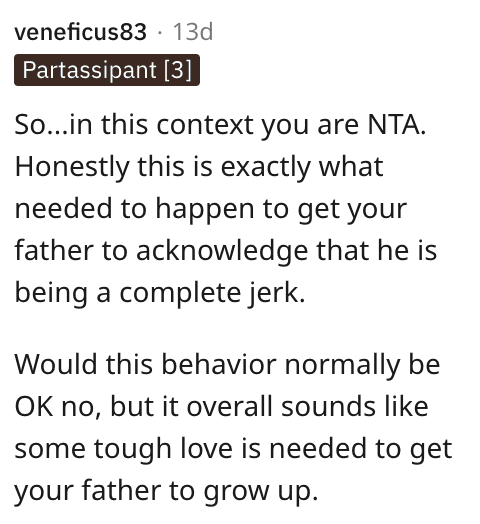 And this Reddit user said that while this behavior could definitely be considered the work of an a**hole, it was justified in this situation. 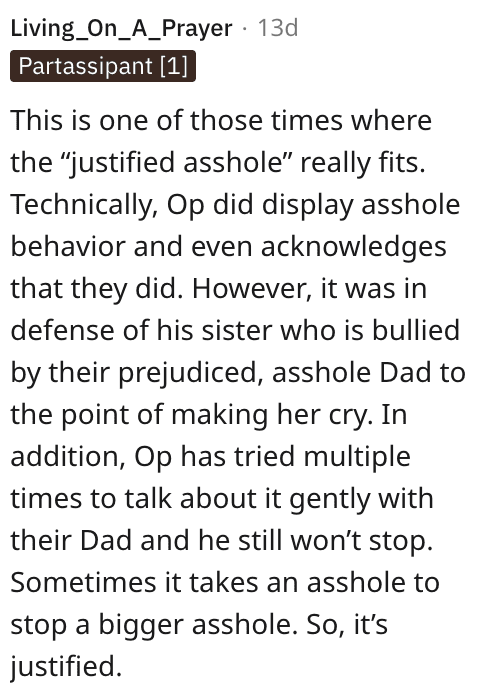