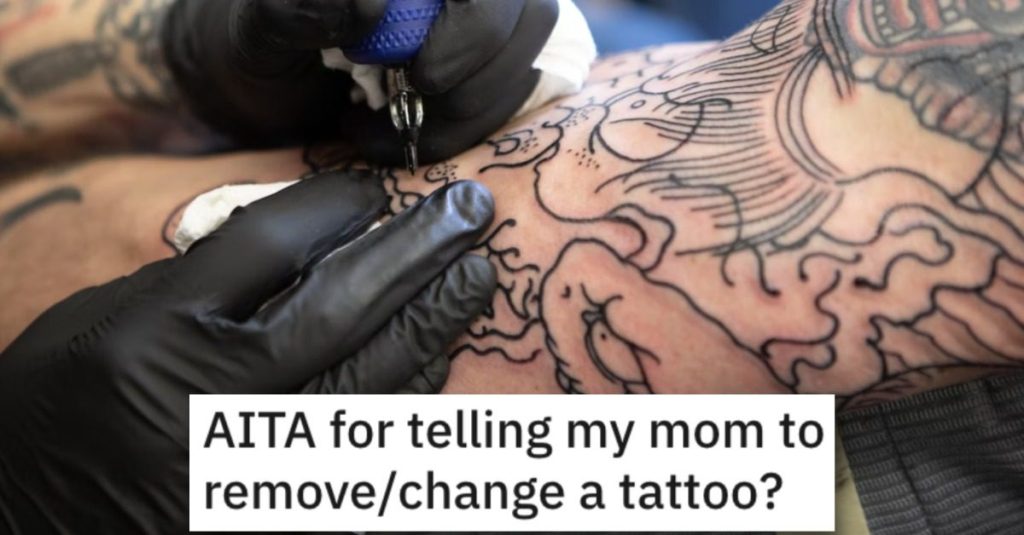 Is This Person Wrong for Telling Their Mom to Change or Remove Her Tattoo? People Responded.

It’s a pretty big demand to ask someone to get a tattoo changed OR removed.

But if you say something like that to someone, there must be a really good reason, right?

Take a look at this story from Reddit’s “Am I the A**hole?” page and see if you think this person acted like a jerk for what they demanded from their mom.

AITA for telling my mom to remove/change a tattoo?

All in all, everyone has been supportive, although I believe my mom was a tiny bit bummed. She said she would always support me, though. She just needs time to process all of this. Which is honestly painful. But not the reason why I’m here.

My mom got a tattoo with my sister’s name and my d**d name after I was born. It’s a huge tattoo with a unique design that incorporates her and my d**d name. It covers most of her arm, and she is really proud of it because my old sister designed it and gifted it to her for her birthday.

Obviously, constantly seeing my d**d name is kind of triggering to me. Therefore, I told her she needs to remove it. She seemed shocked and told me she’s too old for longer tattoo sessions. She hasn’t gotten a tattoo in years, bc of that. She also was diagnosed with depression and such and uses it as an excuse for not having the energy to change it anymore. I don’t really believe her, but whatever.

Now she is often trying to cover it up with clothes, but I feel like it’s not enough. Just the knowledge that that… name is still there, it haunts me. But she refuses to change it. We had a lot of fights because of it, and she said that she is really trying to hide it, but it’s a part of her body that she is in love with, bc there is so much history and love for her children in that tattoo. I can’t really relate, because I don’t have any particularly significant tattoos.

Now, my birthday was a few days ago and some family came over, and the issue came up, bc my cousin was showing off her new tattoo and someone asked about the d**d name tattoo. My mom got uncomfortably silent and excused herself and went to the kitchen.

So, everyone started asking me what that was about, and I told them that I wanted her to remove the tattoo, but she doesn’t want to. My sister also doesn’t want her to, bc she believes it would look really awful, since the entire design is attached to the names and the only way to cover it would be to just make her entire arm black.

Anyway, I didn’t actually plan for that reaction, but my cousin (who can relate a bit bc she’s queer) for some reason got furious and went after my mom and screamed at her for being so unsupportive and accused her of being transphobic.

Which I don’t believe, although it was nice to see someone get angry about the tattoo, bc my cousin was finally saying some things I was feeling, but I didn’t want to put into words. My mom then had a panic attack and left the house. She is now staying with my grandpa, and my dad and my sister are angry at me for making some of my family gang up on her.

This reader said this person is a gentle a**hole and they explained why.

Another Reddit user said they are an a**hole and that they feel bad for their mom. 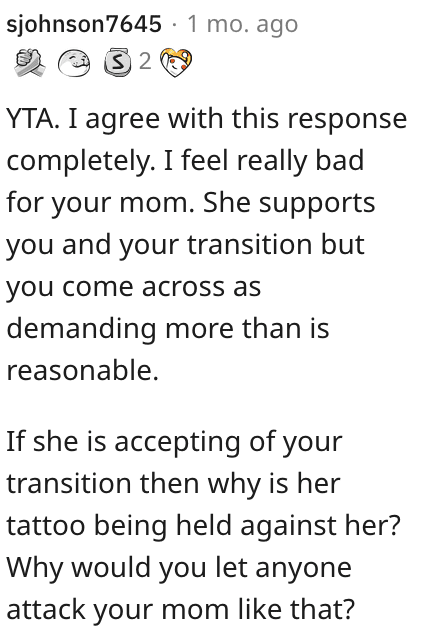 And this individual also said that they are disregarding their mother’s mental health. 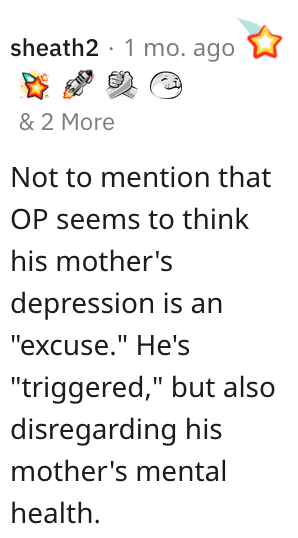