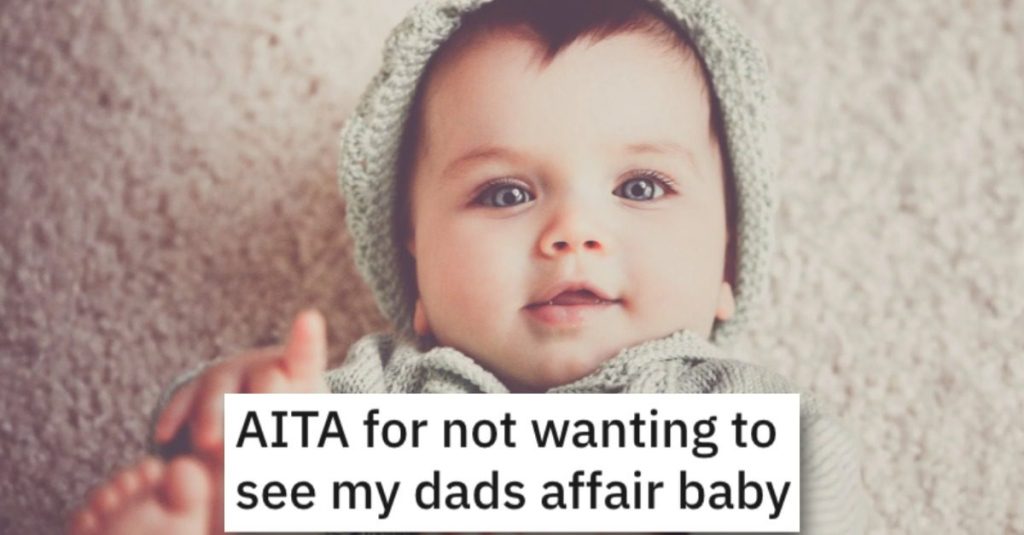 Teenager Doesn’t Want to See the Baby That’s a Product of Her Dad’s Affair. Is She Wrong?

I’m not trying to give anything away here, but if one of my parents wanted me to see a baby that was the result of their affair, I’d say HELL NO.

So I feel sorry for this teenage girl who is stuck in the middle of the mess going on between her parents.

But did she go too far and act like an a**hole?

Read on and let us know what you think in the comments.

AITA for not wanting to see my dad’s affair baby?

“I (f16) will admit I have and always will have a close relationship with my mom (f40) she is truly a amazing women. She has a great job and is honestly beautiful.

Yet about a year ago we found out my dad (m42)is having a affair with a women who is now 26 she is only 10 years older then me. Her and I have less of a age gap then my dad and her have.

My mom even though she was upset she has never trash talked my dad. I am so upset though it would have been one thing for him to ask for a divorce instead he cheated with someone much younger then him.

Him and his affair moved about 2 hours away. I have seen him about 5 times since this all happened a year ago. I act pleasant when I see them, but things are awkward and my dad and I’s relationship is clearly strained.

So my dad’s affair is pregnant. He called me yesterday and asking if I wanted to go to the gender reveal party next weekend. I told him no. He asked why I said I didn’t want to talk about it. He kept pushing me going saying how the baby will be my little sibling. I got annoyed and went off.

I told him how It would have been one thing for him to get a divorce from mom but you didn’t have the guts for that so instead you have a affair. So no I’m not going to accept your little affair baby as a sibling.

He called me a immature brat. He later texted my mom complaining about how immature I am and how I need to grow up and accept that (his mistress name) and the baby is going to be part of my family.

Check out what people on Reddit users had to say about this.

This reader said she’s NTA and that her dad acting in a stupid manner. 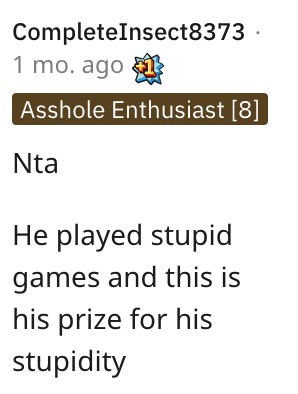 And this individual also said she’s NTA and that actions have consequences. 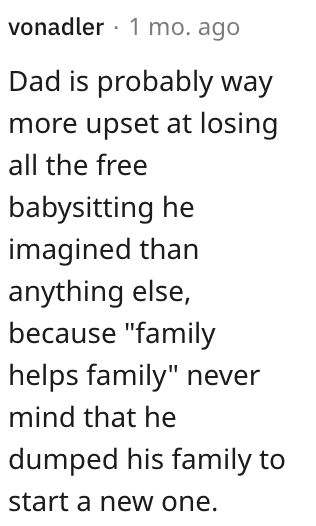