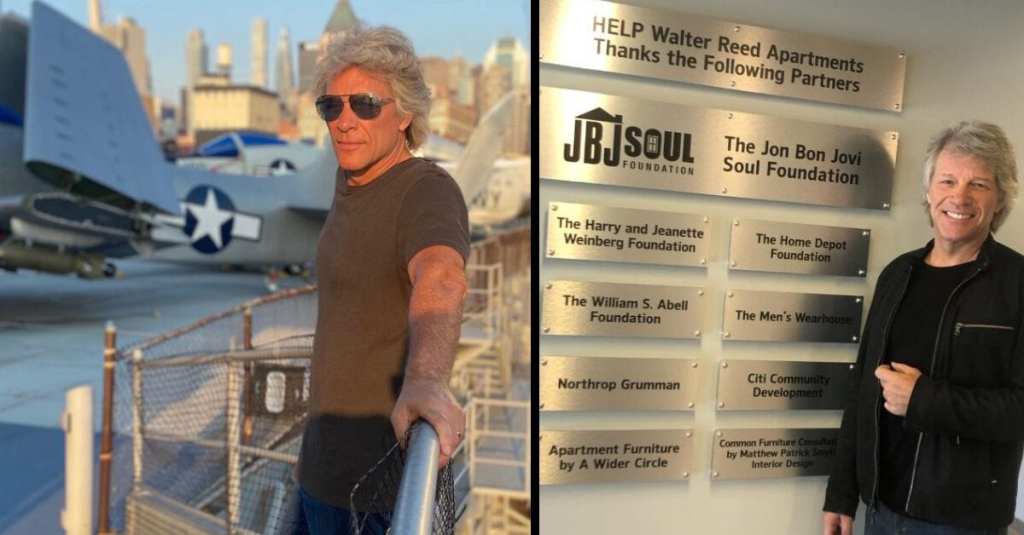 Jon Bon Jovi has long been viewed as one of rock n’ roll’s good guys.

In addition to writing tons of hit songs and touring the world with his band Bon Jovi for decades, he does a lot of great work in the community.

Bon Jovi has been running his JBJ Soul Kitchen restaurants for years that feed hungry folks and encourage people to volunteer and help out their fellow citizens. But now, he’s gone even further and donated a whopping $500,000 to build apartments for homeless veterans.

Both of Bon Jovi’s parents served in the Marine Corps and his mom and dad instilled a very strong set of values in him since he was a young boy. And it’s obvious that, despite his fame, fortune, and celebrity, Jon Bon Jovi is just a regular guy at heart who is using his status to do whatever he can to help out people in need.

The new development in Washington, D.C. offers housing for 77 veterans who were formerly homeless. The development also provides services for these men and women who have served our country bravely.

Here’s an interview that Mr. Bon Jovi did with CNN where he talks about this amazing project.

Hats off to this rock n’ roll legend who goes above and beyond to help out folks who are less fortunate.

Okay, let’s get back to the rock for just one second.

In the comments, tell us what your favorite Bon Jovi song is. I’ll go first. For me, “Runaway” is number one with a bullet! We can’t wait to hear from you!