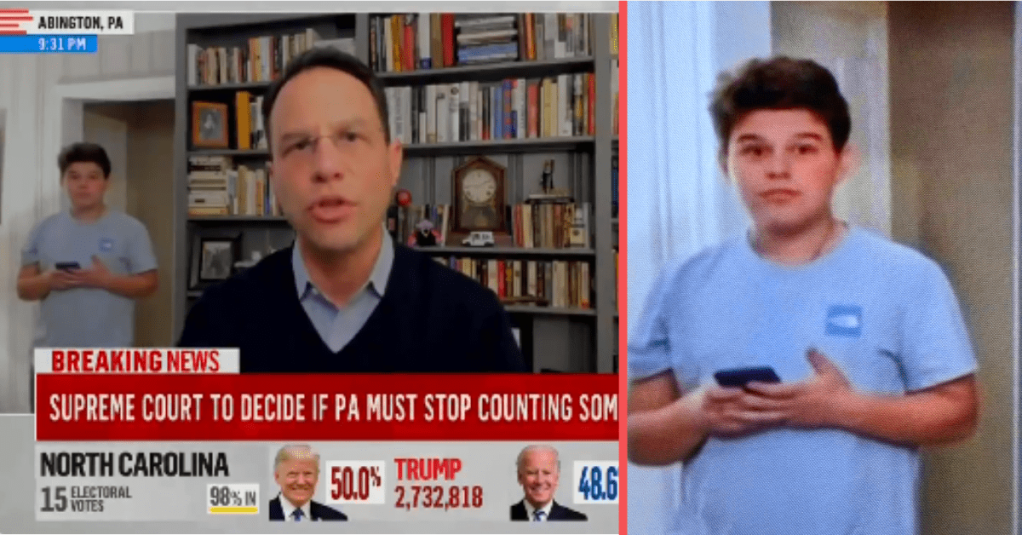 Where were you on November 6 of last year? If you were like a lot of Americans, you may have been glued to the news.

Together as a country, many of us witnessed a funny moment when the Attorney General of Pennsylvania, Josh Shaprio, was interrupted during an MSNBC interview by an unwitting family member. It was a moment of levity that we all needed. I personally LOL’d.

The past year has definitely been a time for video call mishaps. Remember the boss who turned himself into a potato?

my boss turned herself into a potato on our Microsoft teams meeting and can’t figure out how to turn the setting off, so she was just stuck like this the entire meeting pic.twitter.com/uHLgJUOsXk

Or the defendant who was definitely not a cat?

A lawyer using Zoom had to let a judge know that he wasn’t a cat after inadvertently activating a face filter pic.twitter.com/vChc14mjM1

Well it was a similar story last November, when Attorney General Shapiro was speaking to MSNBC about serious election issues, when his teenage son wandered into the shot.

The poor kid was frozen for about a second in horror, before slipping away.

One user responded that it was the 2020 version of another popular meme:

This little guy grew up pic.twitter.com/a35N3Ss5uI

That was a tense week, and the laugh couldn’t have come at a better time.

Delighted by the break from serious news, Twitter went wild, with many users comparing the teen’s hasty retreat to Homer Simpson.

A lot of users were also reminded of a similar funny interruption of “BBC Dad” in 2017:

Iol… I JUST had a #BBCdad moment happen to me as I guest lectured in a @Loyola_SOC COMM100 class. Including a protesting 3yo being removed from my office by other parent. The class was delighted ??? pic.twitter.com/6twhMKussj

For his part, Shapiro took the whole thing in stride, joking about it with people on Twitter:

Every parent who tried to work from home last year or helped their child with remote schooling has some kind of story like this.

They just didn’t all happen on national news.

What about you? Did you have any funny Zoom mishaps? Share them in the comments.