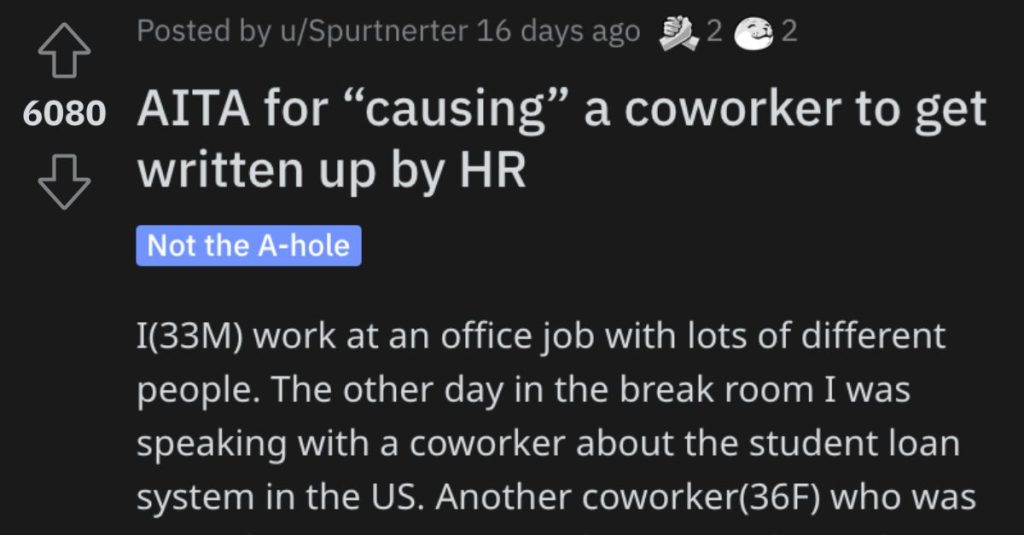 Don’t mess with people at work or you might end up hearing from Human Resources.

Everyone should learn that lesson early on in their working career or they might be in for a rough ride.

Check out this story from the “Am I the A**hole?” page on Reddit and see if you think this guy overreacted.

AITA for “causing” a coworker to get written up by HR?

“I(33M) work at an office job with lots of different people.

The other day in the break room I was speaking with a coworker about the student loan system in the US. Another coworker(36F) who was eavesdropping interrupted us to say that only people like her who have kids should get a say in what is taught in schools. Not wanting to get into it, I tried to explain to her that wasn’t even what we were talking about.

She kept replying that because I don’t ever plan on having kids I shouldn’t have any opinion on the educational system. This really annoyed me, even though it made no sense as an argument, and I told her verbatim, “ I’m not less of a person because I didn’t pop brats out of me.”

She got really flustered and left. The next day I get called into our manager’s office where an HR rep and the coworker are waiting. The coworker goes on to say I harassed by saying I told her she should have her tubes tied and that she shouldn’t be” shooting a thousand kids out her v**ina.” I was very annoyed and explained that was certainly not what I said. My story was corroborated by three other employees.

Here is where I may be the a**hole, I in turn filed an HR complaint against this coworker for lying about me. Now she is under investigation and this looks like it might impact a promotion she is up for. People in the office are saying I should have let it go and it was over the line to report her that close to a promotion.

I just feel it wouldn’t be an issue if she didn’t lie. AITA?”

This reader said that this co-worker definitely should not be in a position of authority at this job…or any job. 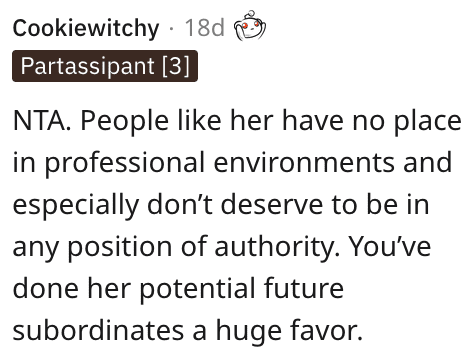 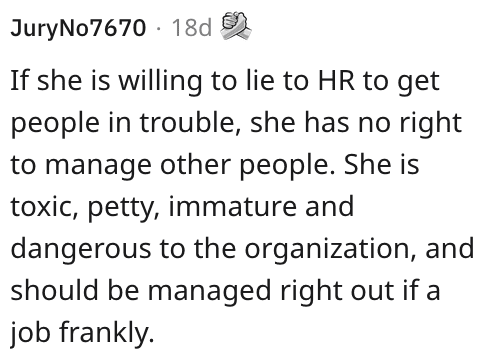 And this individual said that this woman probably uses scare tactics to keep people in line. 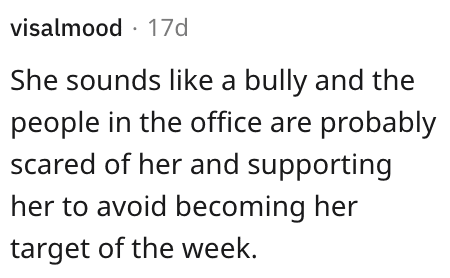 Lastly, this reader said that this woman just likes to create drama for the hell of it. 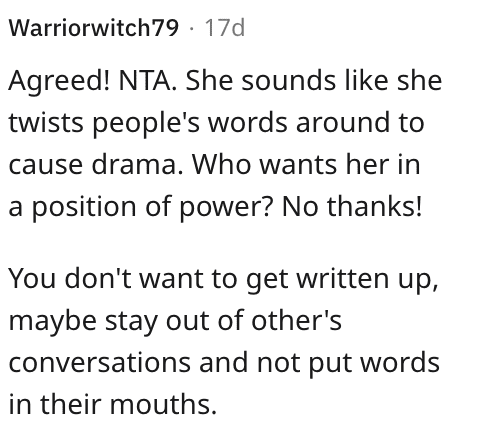