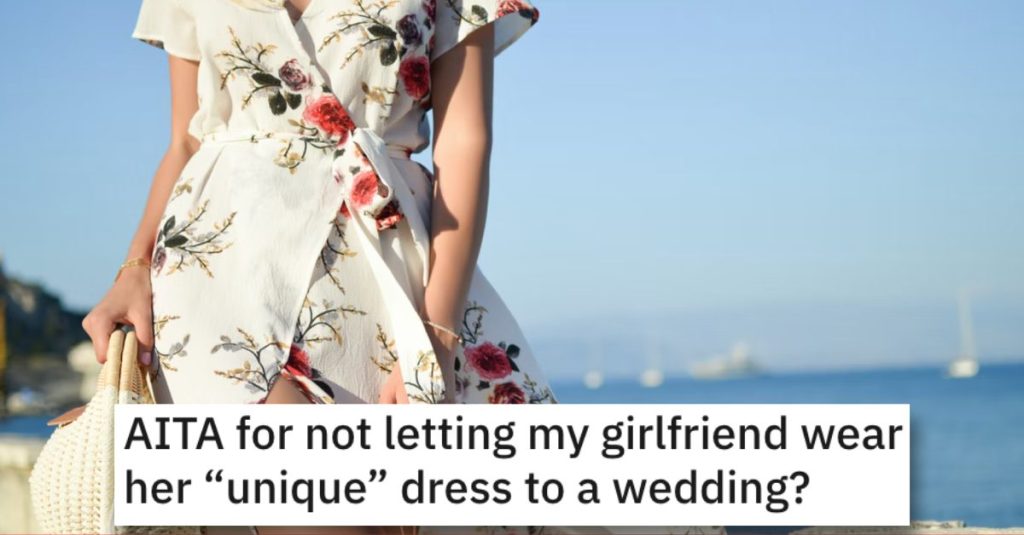 You’re not wearing that!

Uh oh…any time you hear someone say that to their significant other, you know there is gonna be a problem.

Check out this story and see if you think this guy acted like an a**hole to his girlfriend.

AITA for not letting my girlfriend wear her “unique” dress to a wedding?

“My (M25) girlfriend (F30) Nat has a very particular sense of style. Picture Harley Finkle from wizards of waverly place, you will get the idea.

Don’t get me wrong, i never had a problem with that! In fact, i love the way she dresses because she loves to do so, and i am happy if she is happy. The thing is, sometimes she likes to incorporate memes into her clothes. No problem. It’s cute. But now she wants to wear a dress inspired on the meme “gay rat wedding”. To my friend’s wedding. He and his fiancé are gay.

I told her, maybe that is not really appropriated? The dress in question would be full of little stuffed rats, pride flags and a big “I SUPPORT GAY RATS” on the front. My friend is not a big fan of the way my GF dresses and i think this dress may cause an certain uproar in the wedding.

Now, Nat is upset with me and claiming that i am “throwing water in her flame of creativity”. The wedding is next month, so she has plenty of time to think about another thing to wear. Should i just let her go with the dress?

Am I the a**hole in this situation?”

This reader said that this guy was not wrong and that dress would have been inappropriate for the wedding. 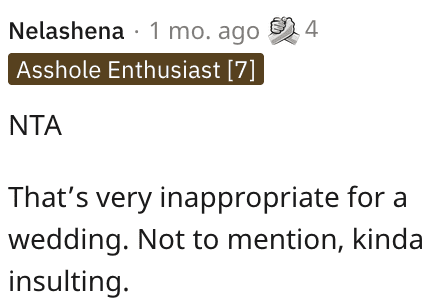 And this Reddit user said it seems like she’s just trying to be the center of attention.

And another person said you should be an NPC (non-player character) when you go to a wedding.

In other words, you’re supposed to stay in the background and not make it all about you. 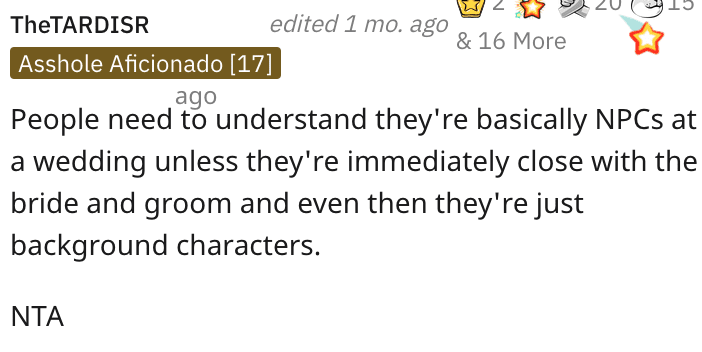