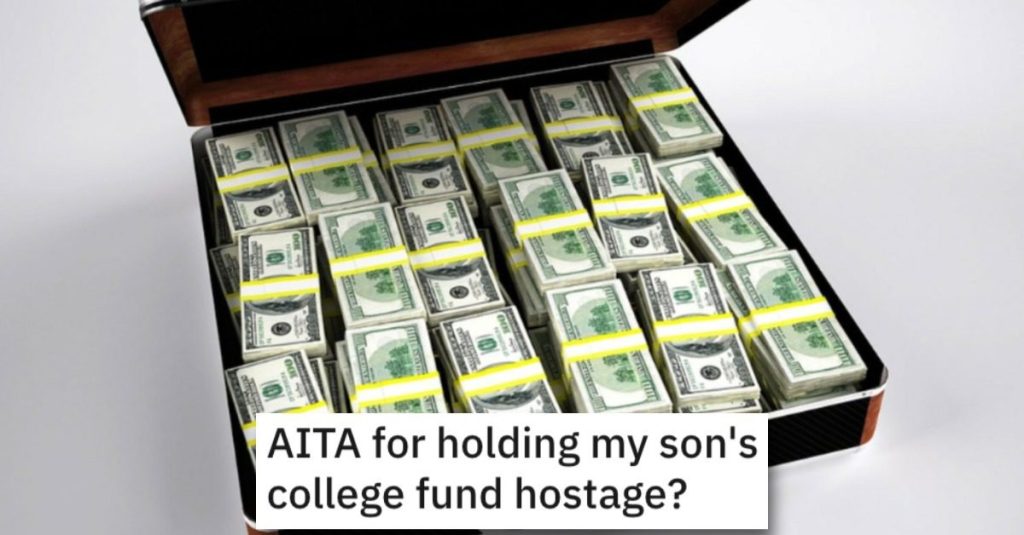 Deciding to go to college is a big step in a person’s life…especially when you have to figure out who’s gonna pay for it.

Is this guy wrong for what he’s doing in regard to his son’s college fund?

Check out this story from Reddit’s “Am I the A**hole?” page and we hope we hear what you think in the comments!

“I(48M) have a son that graduated this year from high school.

We have never told our son what to do with his life. We may have guided his decisions as any good parent should, but since he was still young we let him make his own decisions.

We also never expected academic excellence or forced him into sports or artistic activities.

Now that he graduated highschool, he said that he did not want to go to college. We said as long as he was sure, he could whatever he wanted. He refused trade schools too. He also did not want to work with us in our business.

He said that he planned to use his college fund to start a business of his own. I said that I will allow it only if he takes some Business Management, accounting and law classes in the nearby community college. I said that I would pay them out of pocket and not from the fund. And then I would expect a well made business plan before I would give him the money. My wife agrees 100%.

But he called us AHs for holding his college fund hostage to make him do what we want. We think we are just doing our best to make sure that his business succeeds.

This person said this guy is NTA and that he’s not doing anything wrong. 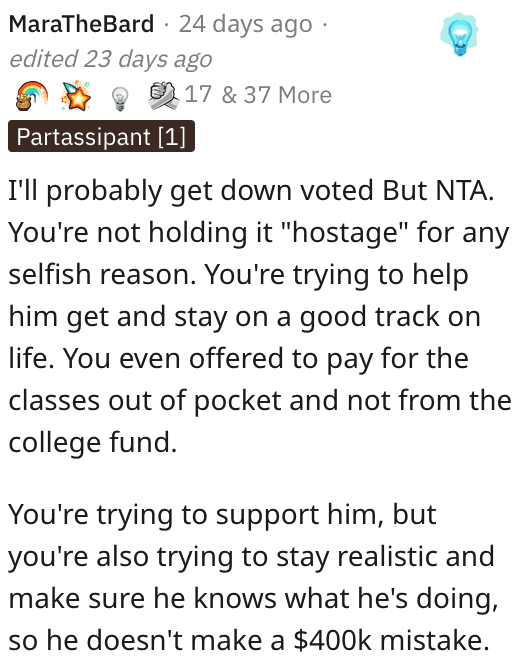 And this individual also said he’s NTA and that his plan was reasonable. 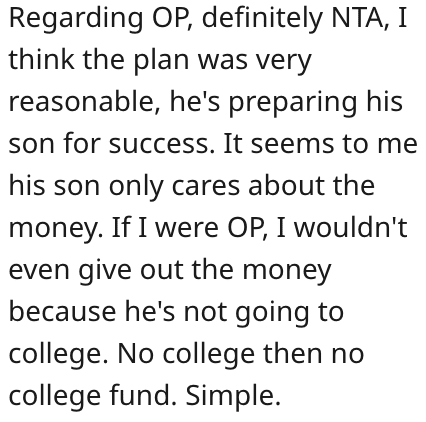 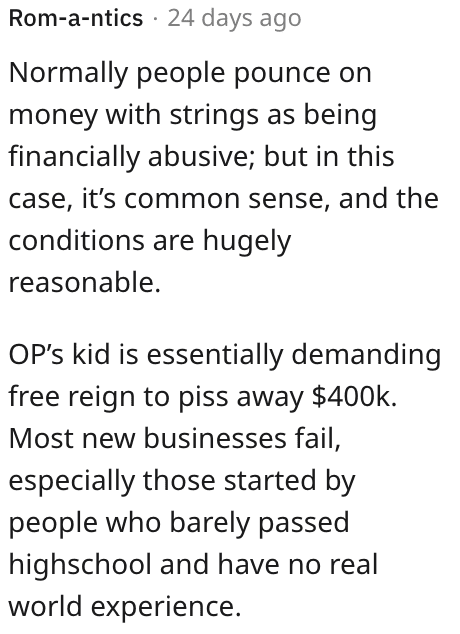