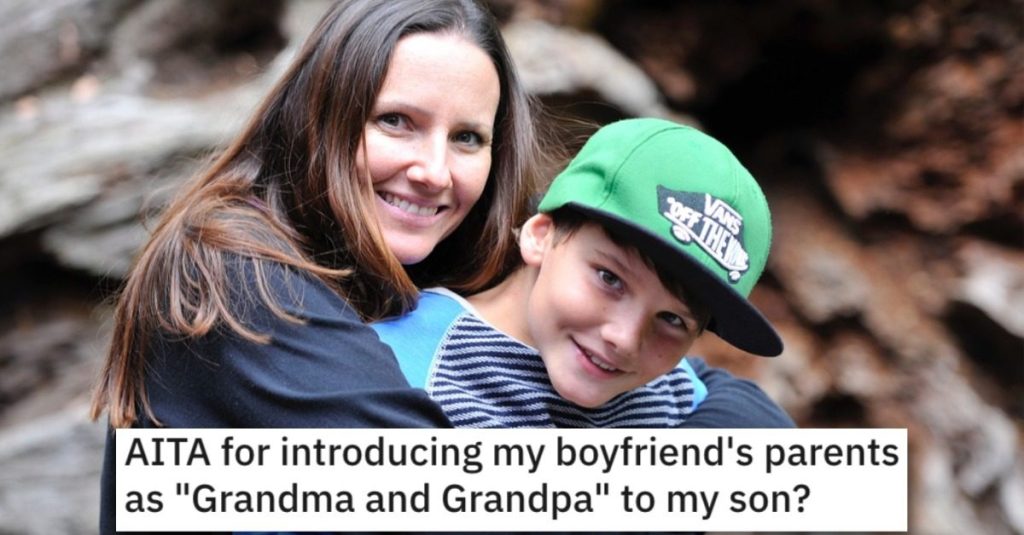 She Introduced Her BF’s Parents as “Grandma and Grandpa” to Her Son. Was She Wrong?

It’s not a good idea to confuse kids when it comes to this kind of stuff, right?

And it’s also not a good idea to jump the gun, if you know what I’m saying…

AITA for introducing my boyfriend’s parents as “Grandma and Grandpa” to my son?

I and Jay have been together for a year and a half now, and he is the most amazing man in the world. He’s been amazing with my son (his bio father is not in his life) and I can genuinely see him as “the one”. Jay’s parents came over as well. It’s not that I don’t get along with them, it’s just I have only ever seen them 3 times before this thanksgiving. I have not had any time to really bond with them I guess. They had never met my son in person either, but they both knew about him.

By the time I arrived Jay’s parents were already there and helping him finish up dinner. We greeted each other and Jay’s dad asked “And who’s this little guy.” I introduced them to my son and then introduced Jay’s parents as “Grandma and Grandpa” to my precious boy.

I didn’t notice at the time, but all three of them became quiet almost immediately. I ended up waiting in the living room alone for almost half an hour before dinner and things just were incredibly awkward for the rest of the night. My son did end up calling his parents by grandpa and grandma and I quickly noticed both of them would be very disingenuous and awkward about it over dinner but they did not say anything to me about it. They didn’t stick around for long after either but when they left both were very cold to me.

I asked Jay what was their deal and he lost it at me. He claims I put him in an incredibly awkward position. His parents apparently didn’t think we were “That serious” yet and began to question him if I was only using him as a “replacement daddy.”

He said that it was way out of line to introduce them that way without even talking to him beforehand. I think it’s ridiculous. If one day he’s going to be my son’s stepdad then why go through this formal nonsense? He claimed that’s “Not the point” and we ended up fighting till I stormed out.

We have not talked since and I have simply been waiting for an apology. I talked with my sister about it last night and she said she was mortified to hear this. Saying she also didn’t get the read that we were all that serious and she never felt like Jay intended to take on a “Dad” role. This has got me questioning if I was wrong.”

Take a look at what folks on Reddit had to say about this.

This reader said she’s an a**hole and they explained why folks are upset about this. 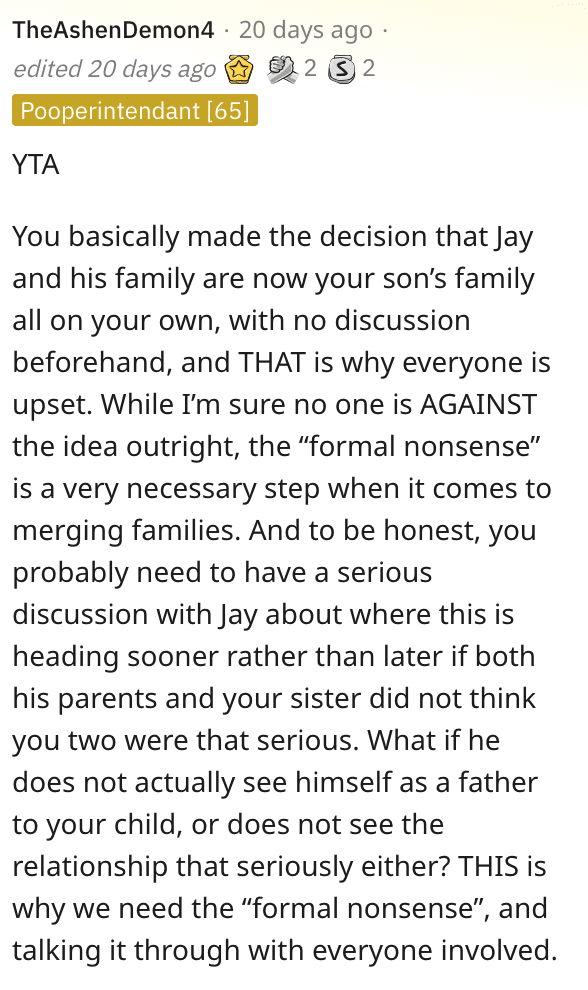 Another individual also said she’s an a**hole and that she needs to apologize for doing this. 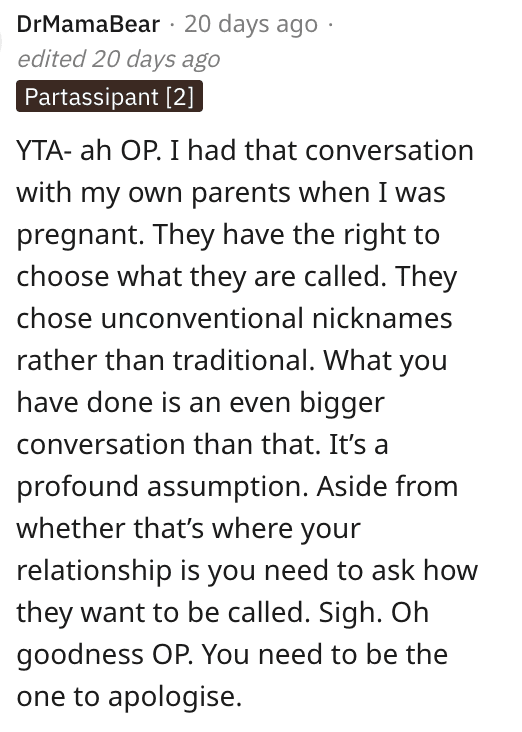 And this person agreed with the readers above and said her behavior was out of line. 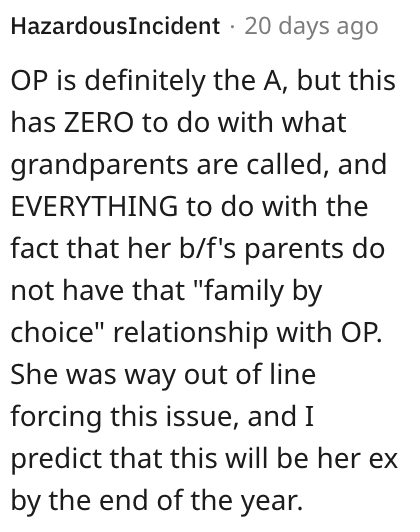