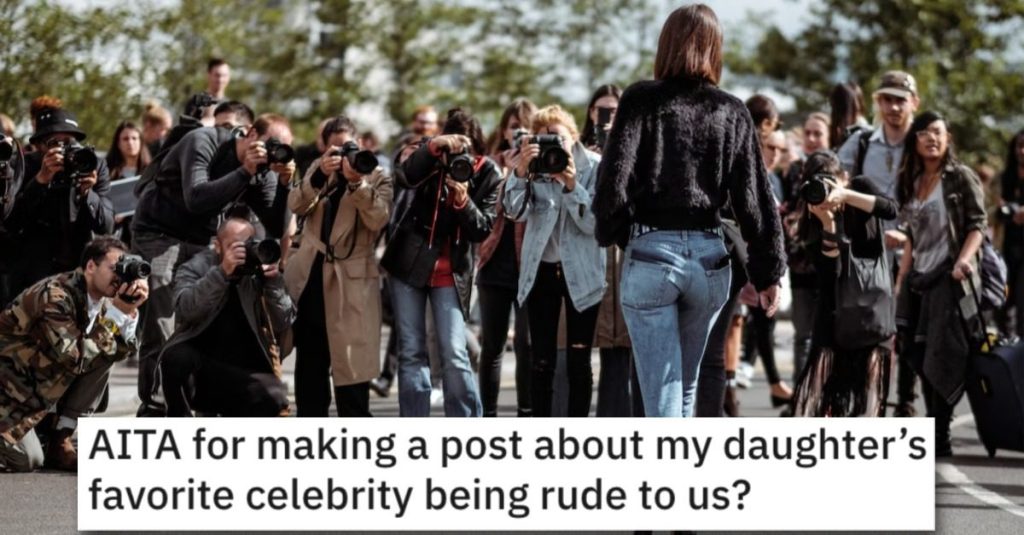 Man, I wish this parent had revealed the name of the celebrity in this story…

But I guess they were just trying to play it cool…

But the question remains…did they act like a jerk by making a post about their encounter with this celebrity who they said was rude to them and their daughter?

Check out the story below and see what you think.

AITA for making a post about my daughter’s favorite celebrity being rude to us?

“My daughter and I were recently on vacation. We spent the day in an area that’s known to have a lot of rich/famous people and towards the end of the day we saw one of my daughter’s favorite celebrities (we’ll call her A) walking out of a store.

My daughter ran to the store but when she got near A, she was stopped by A’s security. They said that A’s there with her daughter for her daughter’s birthday and wants to focus on her daughter.

My daughter was very upset because she’s been a fan of A for a very long time so she tried again for a picture but was turned away.

My daughter was crushed so later that night I made a post talking about my experience with A. How she wouldn’t let anyone go near her and her daughter, the fact that her security was rude, and her not being willing to stop for a couple seconds for a picture.

I understand it’s her daughter’s birthday but a 1 minute interaction with a fan isn’t going to ruin her day and if it does, that girl needs to learn that the world doesn’t revolve around her.

The post ended up getting a lot of attention and a lot of people actually said my daughter and I were being entitled for expecting A to interrupt her daughter’s birthday for everyone that wants a picture.

One person said this parent is an a**hole and explained why.

Another reader said it was clear this celebrity had taken time out for their own daughter. 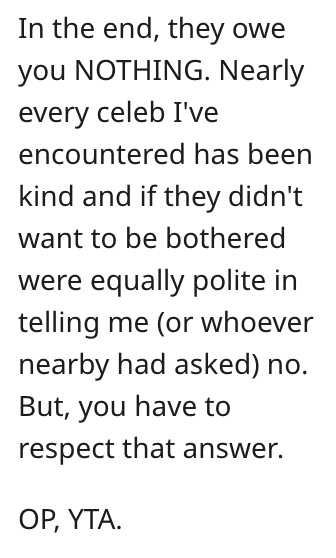