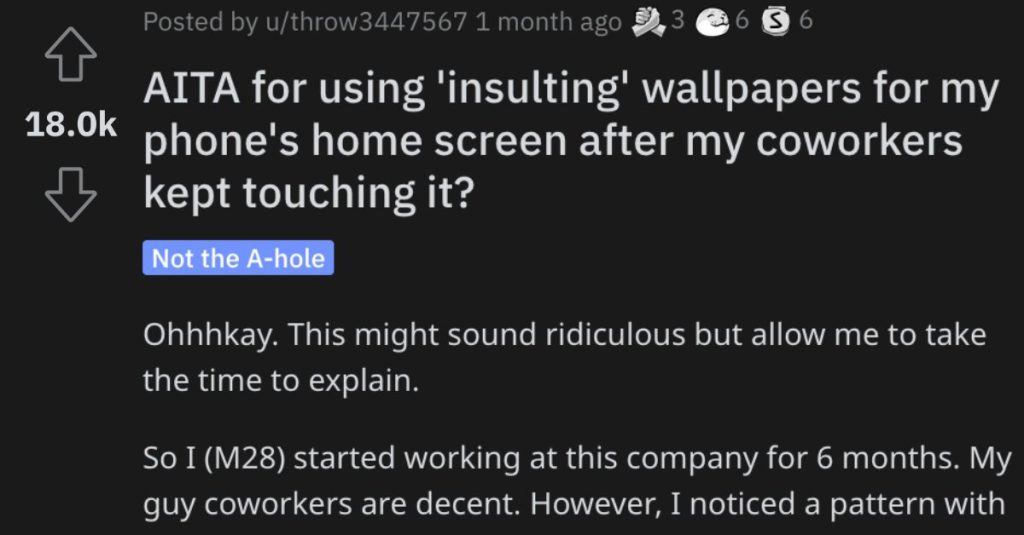 If you peek, you’re eventually gonna get burned, friends.

And that’s what happened in this story from Reddit’s “Am I the A**hole?” page.

But was this guy wrong?

Read on and let us know in the comments.

AITA for using ‘insulting’ wallpapers for my phone’s home screen after my coworkers kept touching it?

“Ohhhkay. This might sound ridiculous but allow me to take the time to explain.

So I (M28) started working at this company for 6 months. My guy coworkers are decent. However, I noticed a pattern with my female coworkers (a couple of them) which consists of them opening/looking through my phone whenever they get the chance (me using the bathroom/meeting etc).

So far I’ve caught them doing it 3 times. They didn’t take something or open any apps because I would’ve known but still didn’t know why they kept snooping.

I wanted to tackle this issue in an non-confrontational way since they’re both beyond sweet except for this snooping thing. So what I did was set up “insulting” or “offensive” wallpapers (some of them I made myself) wallpapers that say “DON’T TOUCH MY PHONE A**HOLE/MUGGLE/WEIRDO” or “I CAN SEE YOU” (with John Cena waving his hand) or “B_/_ DON’T TOUCH MY PHONE” (with a middle finger in the middle of the screen).

It was just an experiment but apparently it got to them. They claimed that I had “offended them” on a personal level, called them names and so on. I told them they had no business touching my phone but they made excuses saying they were just trying to borrow my charger/check the time etc etc.

The office got split, some said I should’ve come to the ladies if I “really” had an issue. Some say I was justified and ultimately no one gets to control what I use as my wallpapers.

They’re now expecting a formal apology but I refused.

AITA? Did I handle this inappropriately?”

This reader said this situation is bizarre and that this is harassment. 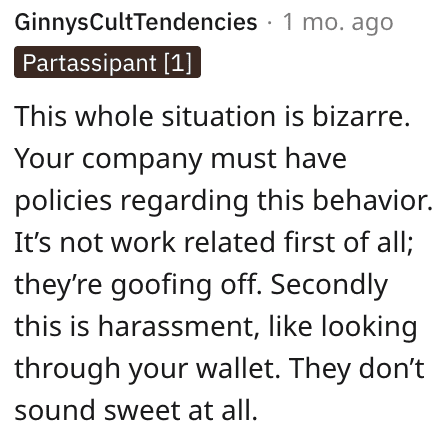 Another individual made a good point: you don’t forfeit your privacy when you go to work. 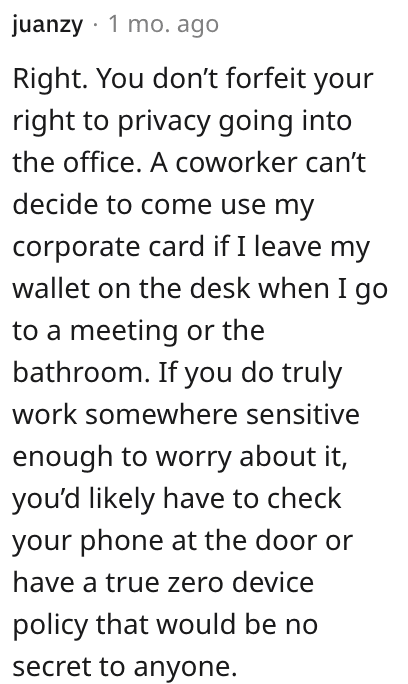 And this Reddit user said this guy is NTA and that people shouldn’t touch things that aren’t theirs. 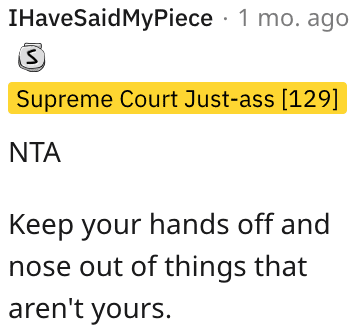