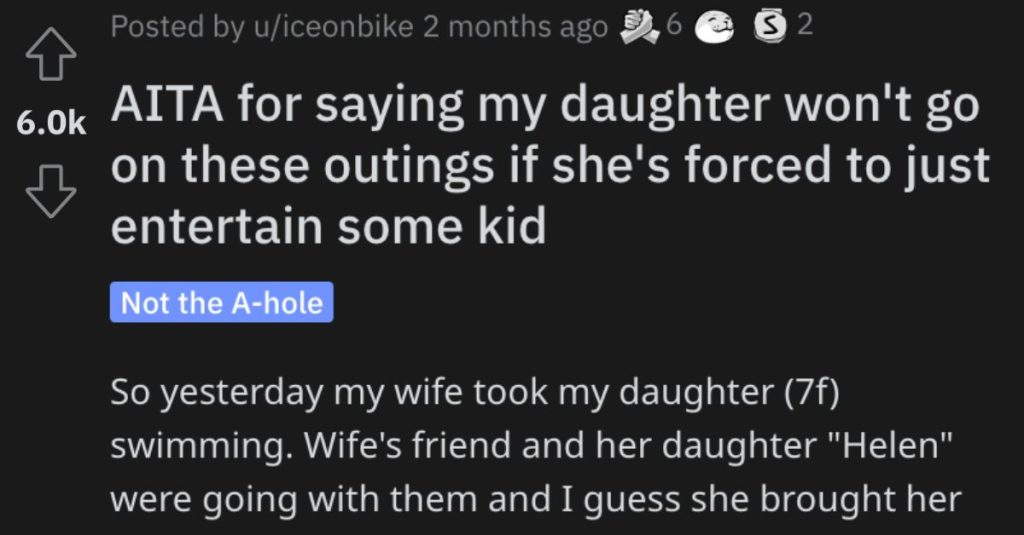 Why do some parents think it’s okay to let OTHER kids entertain THEIR kids?

Take a look at what he had to say!

AITA for saying my daughter won’t go on these outings if she’s forced to just entertain some kid?

“So yesterday my wife took my daughter (7f) swimming. Wife’s friend and her daughter “Helen” were going with them and I guess she brought her nephew “Jonny” along too.

My daughter loves to swim and they were going to her favorite beach so she was excited for days prior. She’s met wife’s friend and daughter before and is kinda indifferent to them but she knew it involved swimming so she was looking forward to it.

When they got back I asked if they had fun, my daughter said no. I asked why and she said that she barely got to swim because Helen didn’t want to so she had to play on the playground with her instead.

Later I asked my wife what happened and she said that daughter was playing more with Jonny than Helen and Helen wanted to play on the playground instead of swim. She said it wouldn’t be nice for Helen play by herself while daughter played with Jonny and left her out.

I said “that’s stupid, you went there to swim not play on the playground. You can go to any park and play on a playground”.

She said “yea, but Hellen didn’t want to swim. It was mean for daughter to be swimming with Jonny while Hellen was all alone”.

I said “so it was more important for Helen to have fun than -daughter-?”

She said “no, but it was one swimming trip she’ll get over it. It’s better for her to form a friendship with Hellen than Jonny anyway she’ll see Hellen more and might not ever see Jonny again.”

I said “that’s not the point, she’s not there just to entertain some other kid. She deserves to have fun too or maybe she won’t go next time. If she’s just going to be forced to do what Hellen wants “.

Wife said I was being dramatic and sound like an a** basically saying “too bad so sad play by yourself ” to a little kid that was all alone. That daughter needs to learn to compromise sometimes for other people.

I’m seriously considering taking off next time there’s a play date like this if my daughter is just going to be forced to be Hellens entertainment.

One person said he’s NTA and that his wife needs to understand what this could do to their daughter. 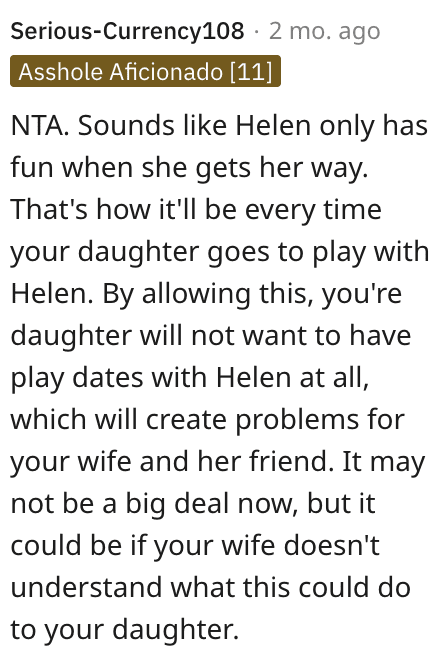 Another Reddit user made a good point about this situation…and they said he’s NTA but his wife is. 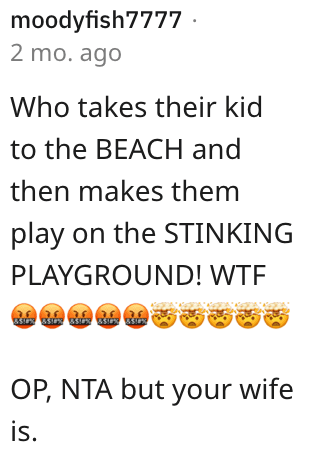 And this individual said his wife needs to learn how to compromise. 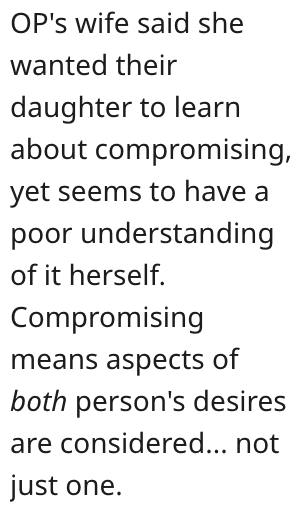