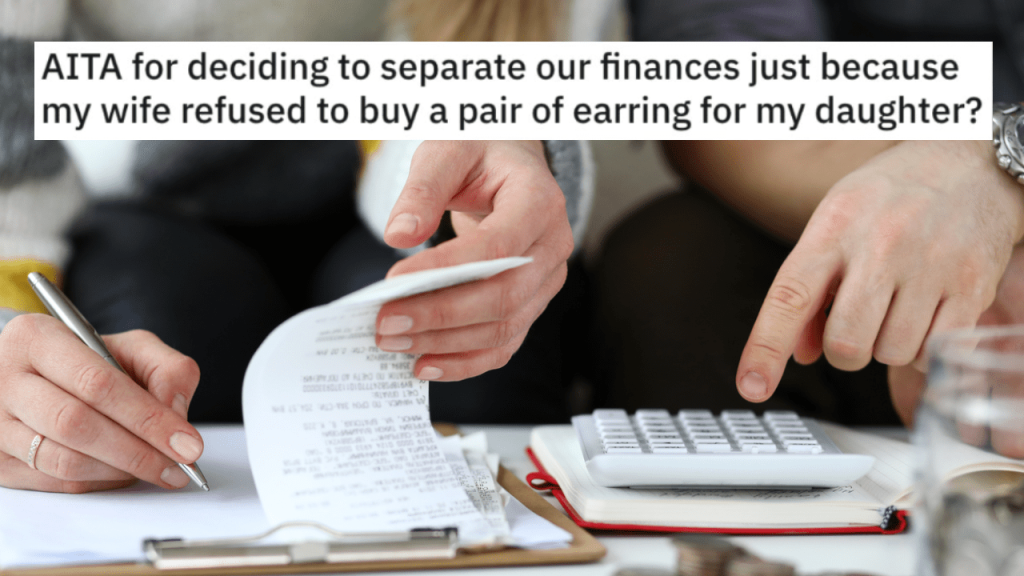 I’m not married but I’ve always wondered how some couples I know figure out their finances.

I’m assuming that most (or all) of them have joint accounts and do that kind of stuff together, but maybe I’m wrong…

Check out this story and see if you think this man was wrong for separating his finances from his wife.

AITA for deciding to separate our finances just because my wife refused to buy a pair of earrings for my daughter?

My wife has the weird fixation on having the kids ”earn” their stuff, and while I agree, both of our daughters are well-behaved, good students and kind, I don’t see why they have to earn every single thing daily.

For example; if my daughter is working in the kitchen at night, and goes to sleep without putting her laptop away because she’ll work again in the morning, then my wife decides that she can’t eat anything sweet that day, I’ve voiced, with better words that I find it stupid. Same thing goes for her daughter, she’s prone to forget things easily and if she doesn’t remember to put away this or that thing, my wife removes her phone or tablet.

Yesterday was my day off and I stay back home resting while my wife and our kids went out to buy my MIL’s mother’s day gift, around 5pm my daughter came to my room and said that my wife bought Amy a necklace and when she asked for a pair of earrings she loved, my wife refused because the night before she stayed up until late watching netflix when she knows she can’t do it.

This isn’t the first time my wife refuses to buy my daughter things and honestly, it boils my blood, my daughter is a really good kid, I work hard to make sure my family has every or most of the things they want just for my wife to tell them ”no” because they are kids being kids,

When my wife came into our room I was honest, I said that her rule was utterly stupid and I was done putting it up with that, that I don’t particularly like her buying one thing for a girl while the other had nothing and that until she accepts to attend therapy with me and fix this problem, our money will be taken care of separately and the join account will be for house and emergency matters only.

This means she now has to pay half of the utilities and some other things. She didn’t like it because her money will be cut short and implied I was financially abusing her by doing this for a pair of earrings.

She went to her parents and my FIL called me soon after, he said I was an AH and that it was my obligation to provide for my family.”

One reader said this guy is NTA and that it sounds like his wife is just being MEAN. 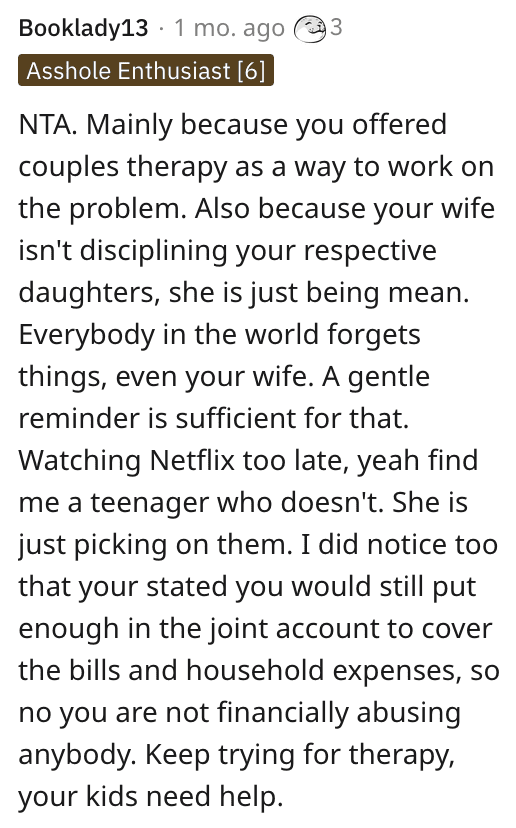 And this individual said they should have separate accounts and that his wife sounds a**sive. 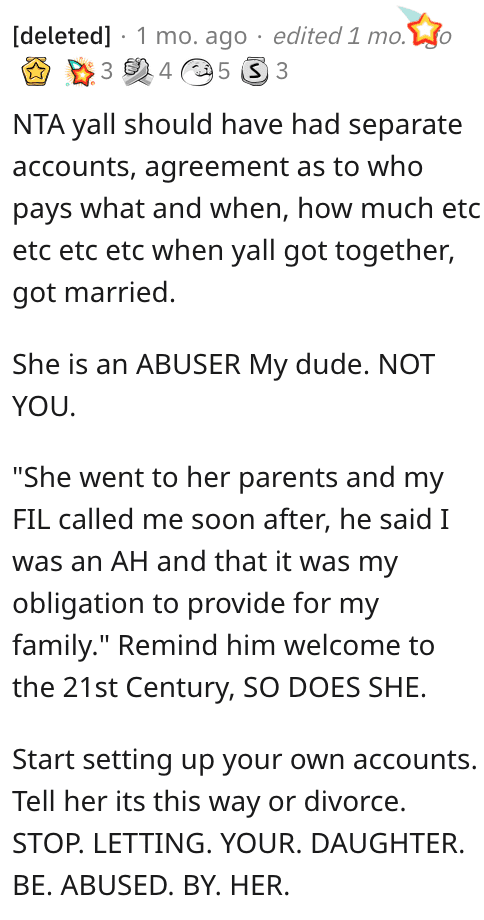 Another individual said the man’s wife has her own money anyway so she should be fine. 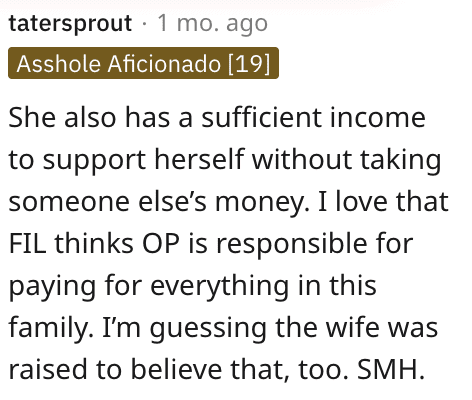