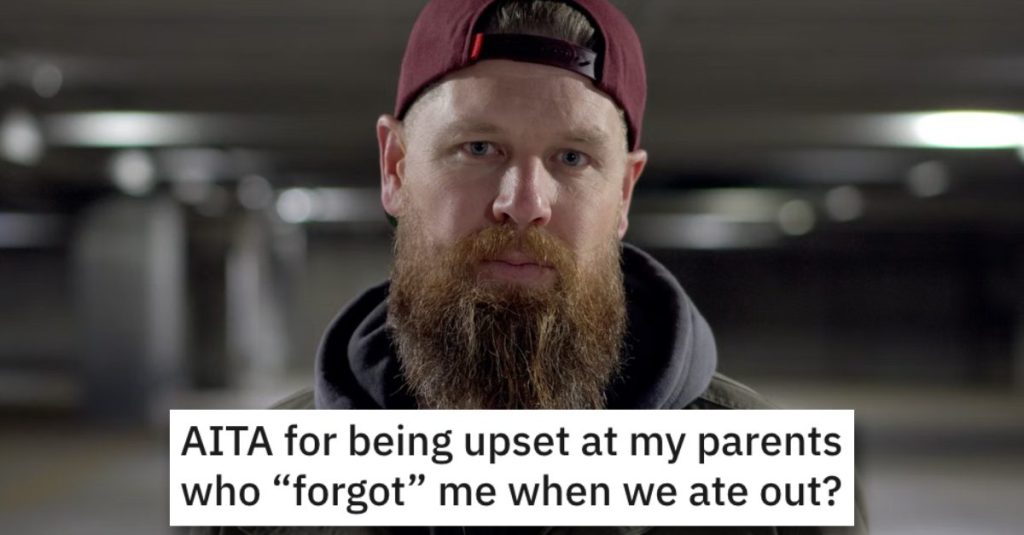 Take a look at this story from Reddit’s “Am I the A**hole?” page and see if you think this person has a right to be upset at their parents for what they did.

AITA for being upset at my parents who “forgot” me when we ate out?

“So I have a cousin that is about 7 that my extended family on my mother’s side doted on, since she is the youngest, and my uncle had her rather late in life when he is in his late 40s.

I was about 19 when she was born, so there is a very large age gap between us, so I tend to treat her more as my niece than as my cousin, as she’s about the age of my nieces and nephews (on my dad’s side).

Because my cousin is the youngest, our families tend to let her get away with a lot of stuff that they wouldn’t have let me get away with when I was her age. I’m probably the only one in my family who even reprimanded her for doing something she shouldn’t—like pinching their family helper or using my house’s sofa as her personal see saw.

So I entered college late at 22, so I was so proud when I was able to graduate college with high honours four years after that, and naturally wanted my parents there. HOWEVER, apparently, my cousin has this “very important piano recital” on my graduation day, and she absolutely wanted both my parents there along with HERS.

I thought my parents would at least attend my college graduation, but nooooo. Apparently, their own niece’s piano recital is more important than their own daughter’s graduation. My older brother and his then girlfriend were the ones to attend my graduation.

But fine, I’m an adult, and I have my brother and his girlfriend there. So no loss.

Recently, due to COVID restrictions being lifted in my country, and we are able to dine out again, both our families decided to have a night out for dinner.

When we were leaving the restaurant, I however got a phone call from work, and has to step away to answer it whilst my dad was footing the bill due to the high noise level. When I finally finished it and went back to where my family were, they were nowhere in sight. Calls to their phones went unanswered.

At this point, I am starting to panic, as I am stranded in the middle of nowhere with just my phone. I made multiple tries to both my parents’ phones, but they didn’t answer. Left with no other choice, I had to hail the equivalent of Uber in my country and went back home.

Fast forward a few hours (10PM). Both my parents and my uncle’s family enter my house, laughing about something. My uncle was going “where were you? We got tired of waiting, so we just left”, and I told them the same thing I did earlier—that I had to answer a phone call and counter with where were they and why didn’t they answer their phones.

My mom then answered with, “Oh, <cousin> wanted an ice cream. So we went off.”

I totally blew up at that point, saying that they “forgot” their own daughter because their niece wanted an ice cream?! In the heat of anger, I might have said more than I ought to.

Now, my parents and even my uncle’s family are both mad at me for being this upset because they just wanted to get my cousin an ice cream, saying that I’m an adult, and I can always go home by myself. It’s not that which I’m upset about.

One reader said this person is NTA and that his parents are terrible. 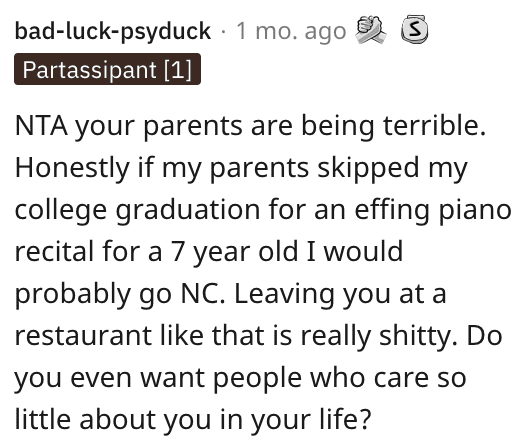 And this Reddit user said this person should do the same thing they did to them. 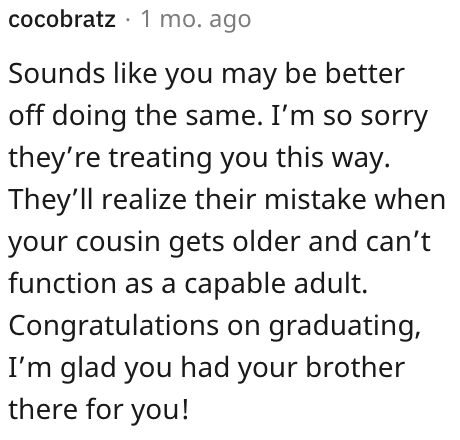 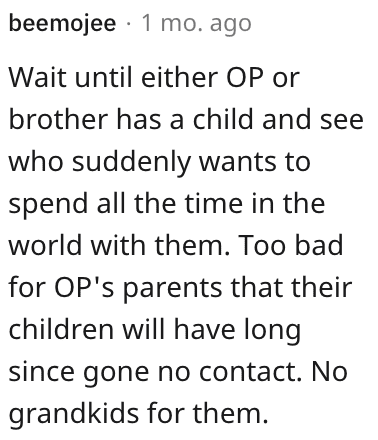