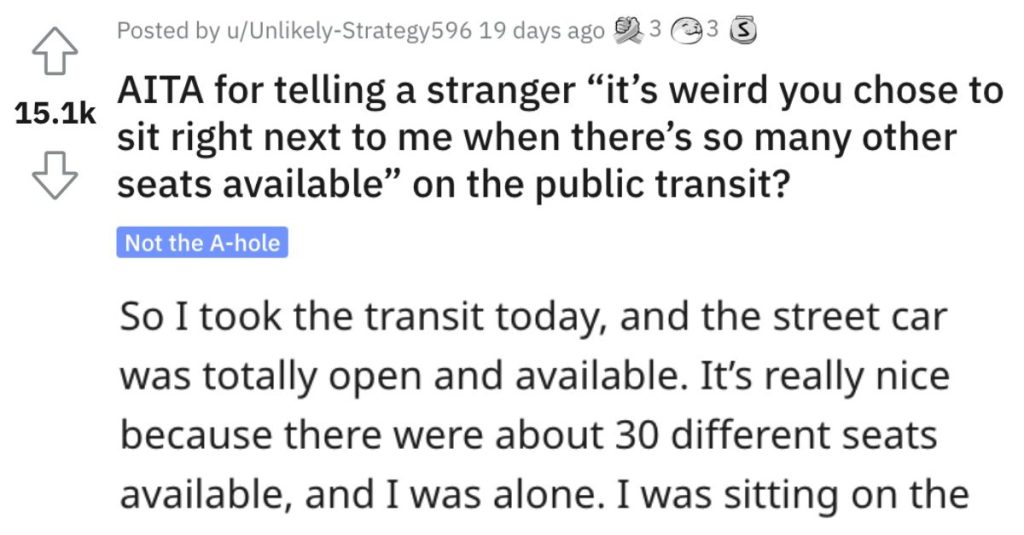 I think it’s an unspoken rule that if you’re on public transit and there are a lot of open places to sit, you select a seat as far away from other people as possible.

And that also goes for movie theaters, FYI.

So I can understand why this guy got annoyed when someone sat next to him…take a look and see if you think he acted like an a**hole.

AITA for telling a stranger “it’s weird you chose to sit right next to me when there’s so many other seats available” on the public transit?

“So I took the transit today, and the street car was totally open and available. It’s really nice because there were about 30 different seats available, and I was alone.

He said,” we’ll do you own this seat? Is this your seat? I can sit wherever I want, you’re being unreasonable here.” I said “correct, I don’t own this spot I just don’t understand why you chose to sit right next to me when the entire street car is empty and you can sit anywhere you want on the street car?” He responded the same thing and I thought “okay I don’t want to conflict with a random stranger I don’t even know.”

I ended up getting up and moving because the situation was perplexing to me. It’s like an unwritten rule that if there are an abundance of available seats you sit alone!

So AITA in this situation?”

One reader said he’s NTA and that this was really weird behavior. 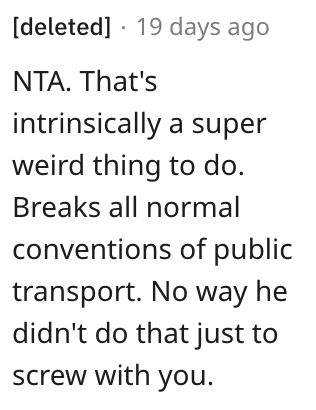 And another individual made a good point: women have to deal with this kind of stuff all the time.

Another person also said he’s NTA and he did the right thing. 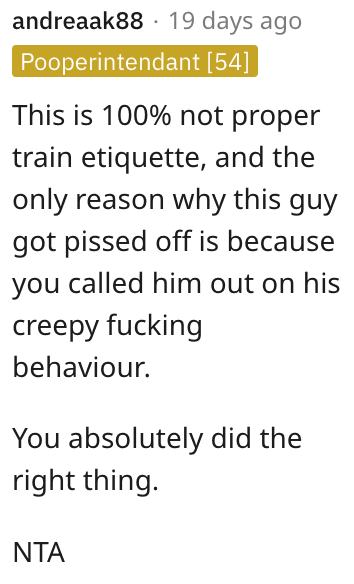