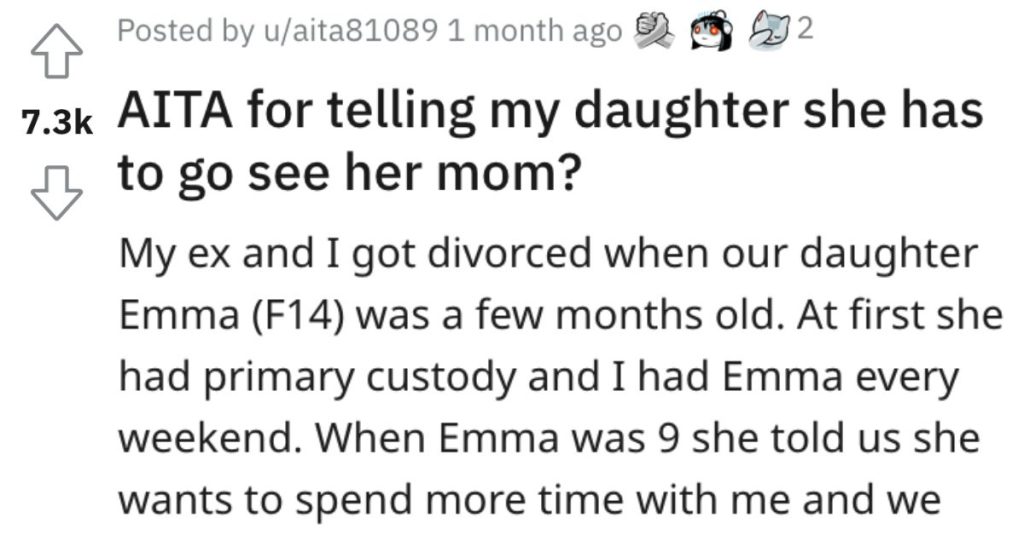 Kids sometimes take sides when their parents get divorced and they also tend to favor one parent over the other from time to time.

And the whole situation can lead to a lot of complicated and hurt feelings.

So is this dad wrong for telling his teenage daughter that she has to go see her mother?

Take a look at his story and see what you think.

AITA for telling my daughter she has to go see her mom?

“My ex and I got divorced when our daughter Emma (F14) was a few months old. At first she had primary custody and I had Emma every weekend.

Now she is telling me that she doesn’t want to go there at all. I told her that can’t happen and she has to go see her mom. We got into an argument and I got angry and told her unless she goes to see her mom I’m going back to our original custody agreement and she has to live with her mom.

She called me an a**hole but went to her mom’s home and now she won’t answer my call.”

This person said it doesn’t sound like this dad has his daughter’s back and that he’s an a**hole. 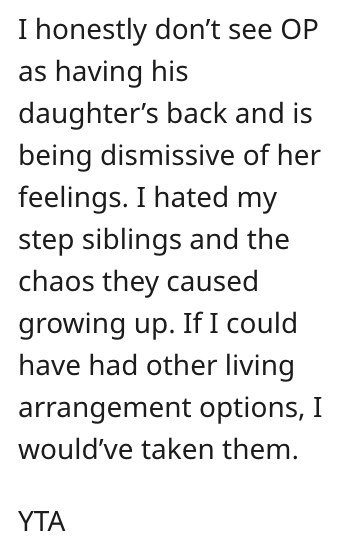 And this perosn said that he runs the risk of being sued because of his behavior. 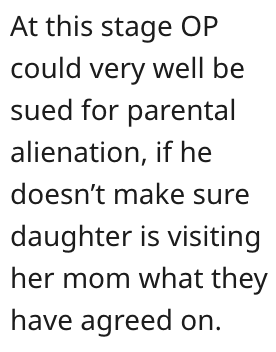 Another Reddit user said there’s probably more to the story about what’s going on here and this guy is an a**hole for ignoring red flags.