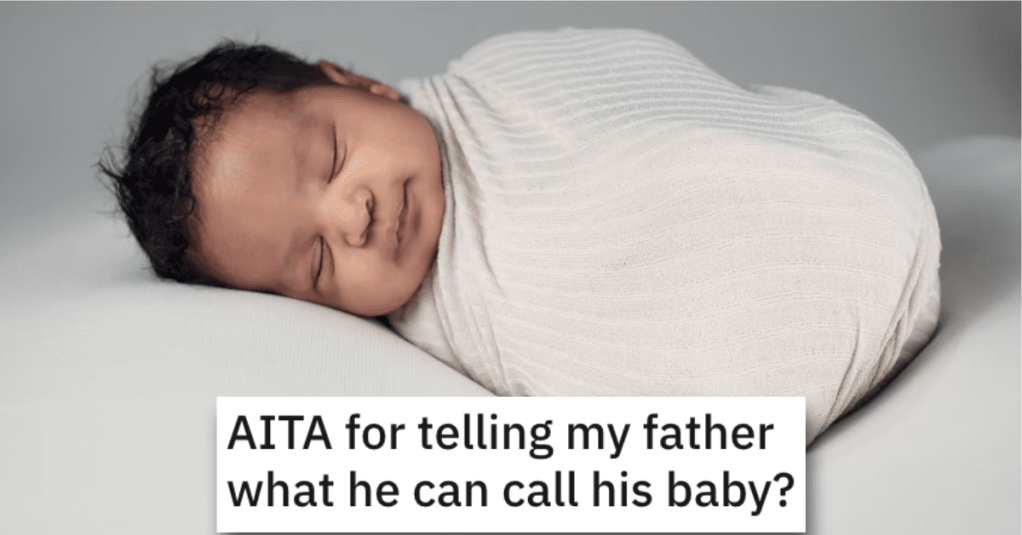 Are you ready for another story that involves family drama from the “Am I the A**hole?” page on Reddit?

So what do you say we dive right in and see what’s going on between this man and his father?

AITA for telling my father what he can call his baby?

I get along really well with his girlfriend. She’s cool and laid-back and babysits my daughter (9) for me. So this has nothing to do with me not liking his girlfriend or my new baby sister. Of course I love my new sister. Here’s the problem.

My dad insists on calling my new baby (emphasis on baby) sister my daughter’s aunt. And she doesn’t like it. She’s at that age where she’s starting to want to feel grown-up, and she h**es when my dad says stuff like “say hi to aunty (sister’s name).” I’ve asked my dad repeatedly not to do this in front of my daughter. I also asked his girlfriend and she didn’t have a problem with it.

My dad insists that his daughter is my daughter’s aunt (technically true) so that’s how he needs to refer to her to my daughter and how my daughter should refer to her even. We’ve been fighting about it, and he eventually snapped at me and told me I can’t tell him what to call his own baby.

This person said he’s NTA and that this situation is weird. 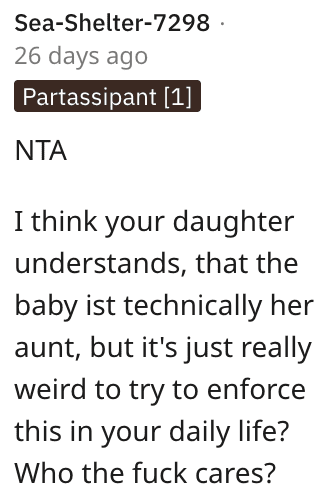 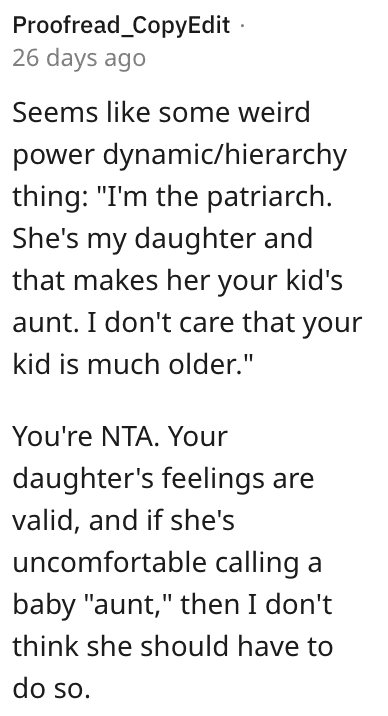 Another Reddit user said that ti sounds like this guy’s dad is having a crisis and that he’s trying to push his weight around. 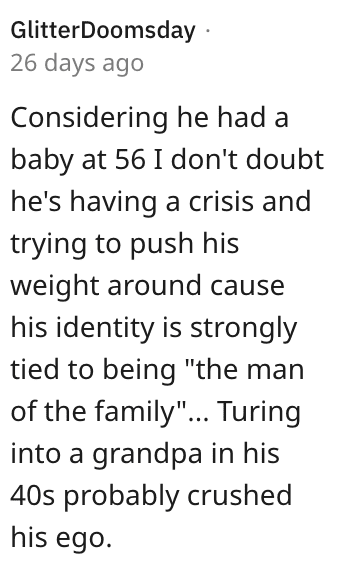