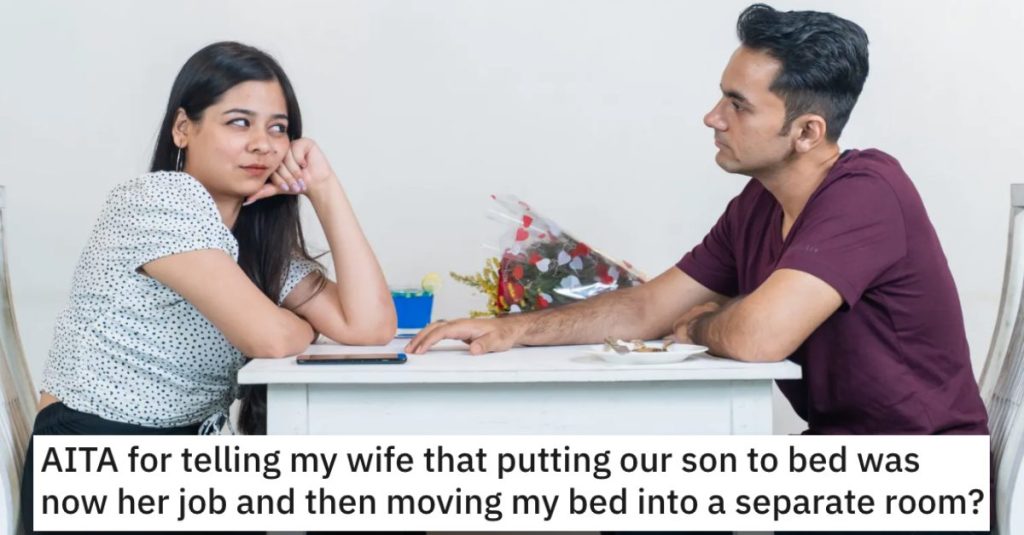 Is there trouble in paradise for this married couple?

Read on to see what happened in this story that a guy shared on Reddit’s “Am I the A**hole?” page.

AITA for telling my wife that putting our son to bed was now her job and then moving my bed into a separate room?

“Sorry about the mouthful title. I tried to be as descriptive as possible.

Being a toddler, my son should generally be sleeping between 11 and 14 hours a day. Therefore, what my wife and I aim for is for him to wake up at 7am, do all the typical daily activities, take a nap starting between 1:30pm and 2:00pm for two hours, and then go to bed again at 8pm.

This would give him a good 13 hours of sleep a day. I’m typically in charge of getting him to sleep at night while she obviously puts him down for his afternoon nap.

For the past several months, my wife has gotten incredibly lazy with putting him to bed. I understand that it’s not always easy, but she has essentially worked out a new system: she waits for him to be utterly exhausted at about 4pm, puts him in bed, and then wakes him up between 6:00 and as late as 6:30.

Therefore, when I try to get him to go to bed between 8 and 9, he’s not tired. At all. It’s basically a horrible wrestling match to get him to stay in bed as he shrieks and cries and bites and doesn’t want to sleep because he’s simply not tired. It takes me up to two and a half hours to get him to bed which is horribly unfun for both of us.

Last night I finally told my wife that until she fixes his sleep schedule, I’m not going to clean up her mess anymore. I moved my bed into another room, locked the door, and went to bed as she put him to sleep. This morning, she was exhausted from doing so and in a terrible mood because apparently having to do what I’ve been doing for months was bad.

She told me that I need to be more active in helping out with him, and I responded that I’ll happily do so once she actually gets him down for his nap at a reasonable time.

I honestly don’t think about out of line here, but am I being an a**?”

One reader said he’s NTA and that is a difficult age to raise kids. 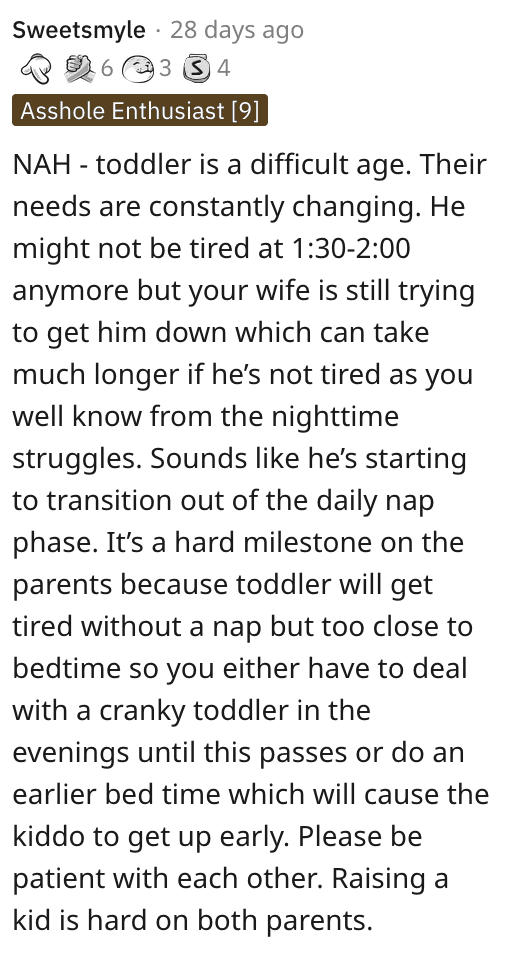 Another Reddit user had some advice about how to help the situation. 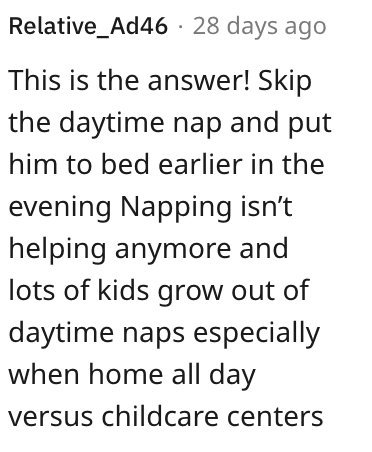 And this person said that this couple needs to recalibrate to figure out how to deal with this.