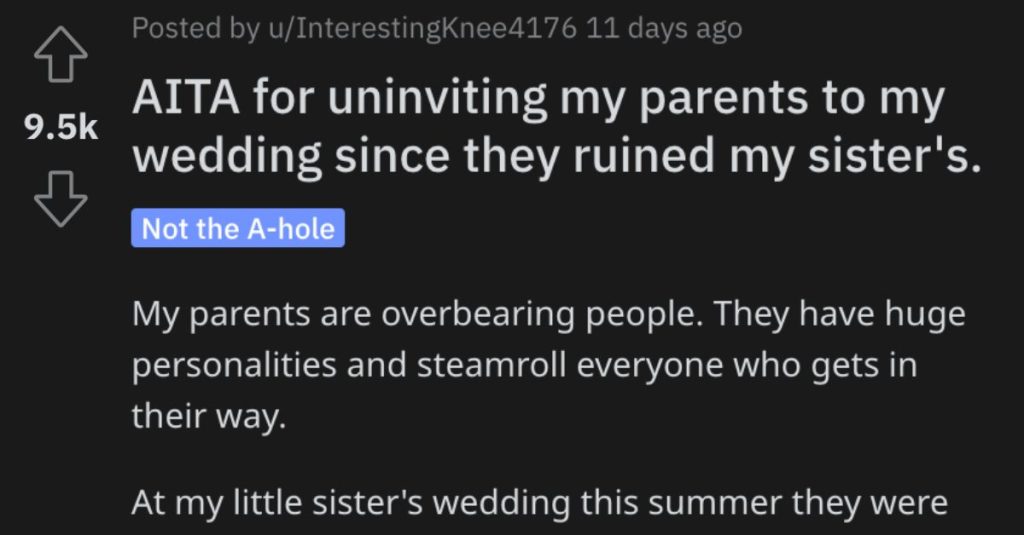 It sucks when you have to deal with family members who are totally overbearing and make every situation more complicated than it needs to be.

And it sounds like that’s exactly what’s going on in this story from Reddit’s “Am I the A**hole?” page.

But did this man go too far by uninviting her parents to his wedding?

Read on to see what the heck is going on here…

AITA for uninviting my parents to my wedding since they ruined my sister’s?

“My parents are overbearing people. They have huge personalities and steamroll everyone who gets in their way.

At my little sister’s wedding this summer they were especially obnoxious.

They made terrible speeches, got the dj to play c**ppy music for the “older folks”, tried to get the photographer to do family pictures for people not in the wedding party “since they was here anyway and everyone is dressed up”.

Afterwards I said that they had better not try any of that s**t at my wedding. They said that it was who they were and that they weren’t going to change for anyone.

I talked to my fiance about it. And we uninvited them I told them that they were welcome to come to the church as guests but that I did not want them near my wedding party during the pictures or at our reception.

They are not helping us pay for the wedding so we don’t really owe them anything.

My sister is on my side. But the rest of the family is split down the middle. Half understand why I don’t want them making a scene at my wedding. The other half is saying that my parents are who they are and it’s unfair of me to expect them to change for any reason.” 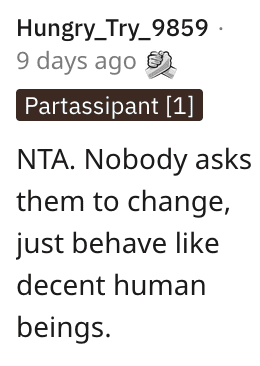 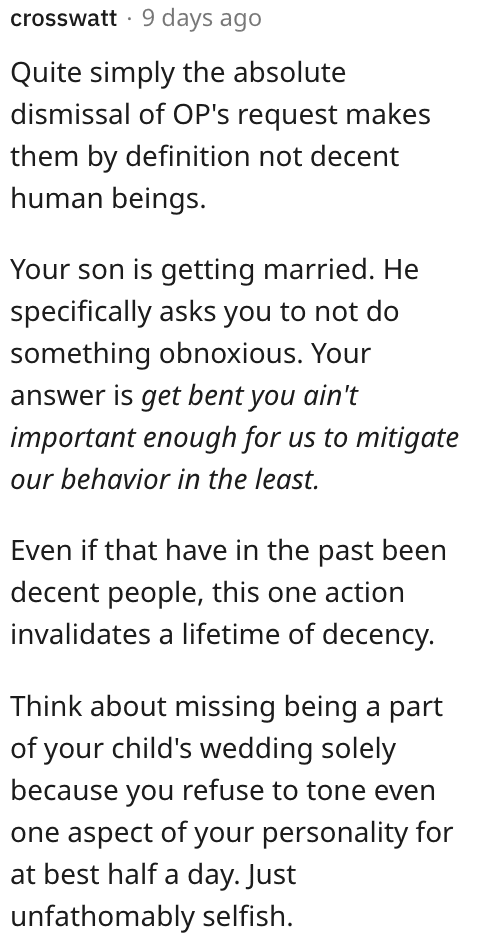 And this reader said he’s NTA and that his parents won’t respect his boundaries. 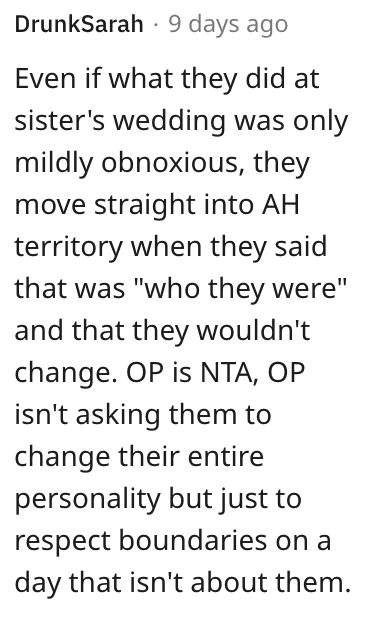