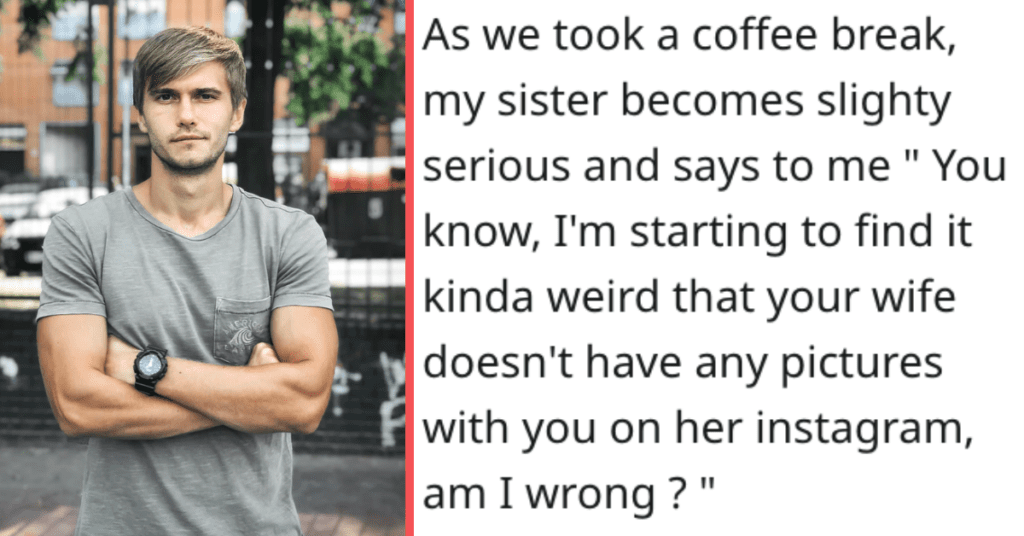 Man Learns Wife Has Secret Instagram He Was Blocked From Seeing. Ask the Internet What He Should Do.

Now, this is the kind of story you don’t hear every day…but I have a sneaking suspicion that a lot of this funny business happens all the time with couples.

It all started when a guy found out that his own wife had a “secret” Instagram account where she posted all kinds of photos…and he knew nothing about it.

And he found out about it from his own sister. 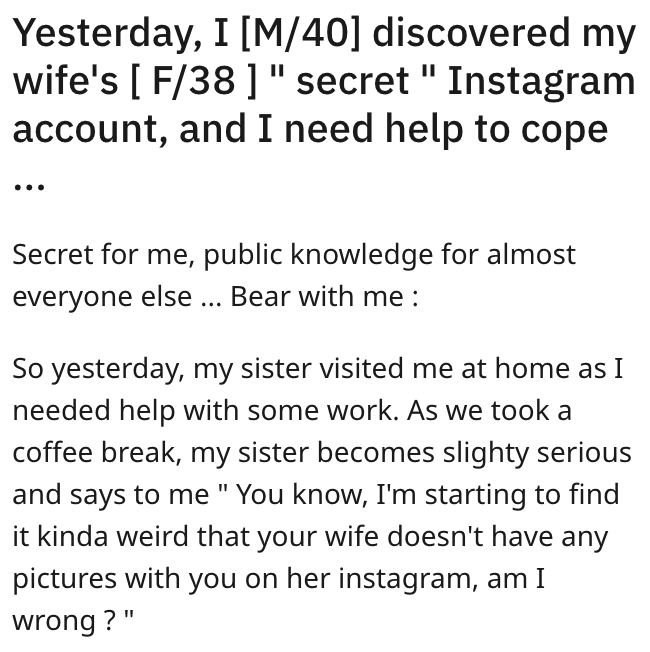 This guy was completely in the dark about his wife’s Instagram account and he only knew of her “public” one that didn’t really have much on it.

And that’s when his sister dropped the bomb-diggity on him. 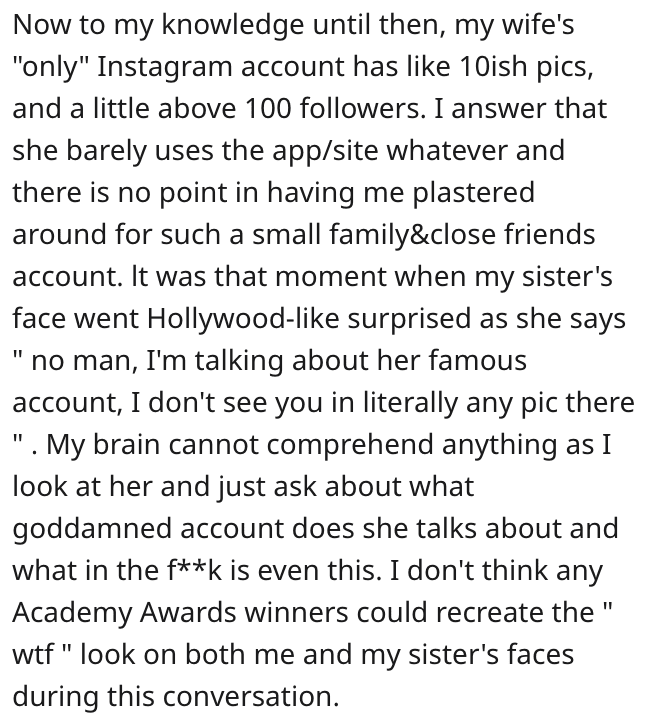 He was obviously stunned by this news and his sister went on to show him his own wife’s secret account.

And wait until you see how many photos AND followers she has on this secret account. To make it worse, he also found out he was blocked from her page. 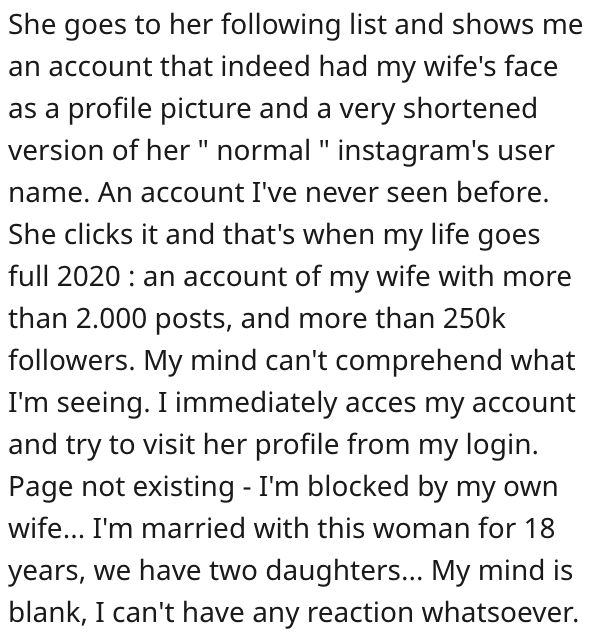 Quite a shocker, eh? And it’s not like they’re newlyweds. They’ve been married a long time and have children.

He was shocked to see the number of sexy photos posted of, again, his wife. 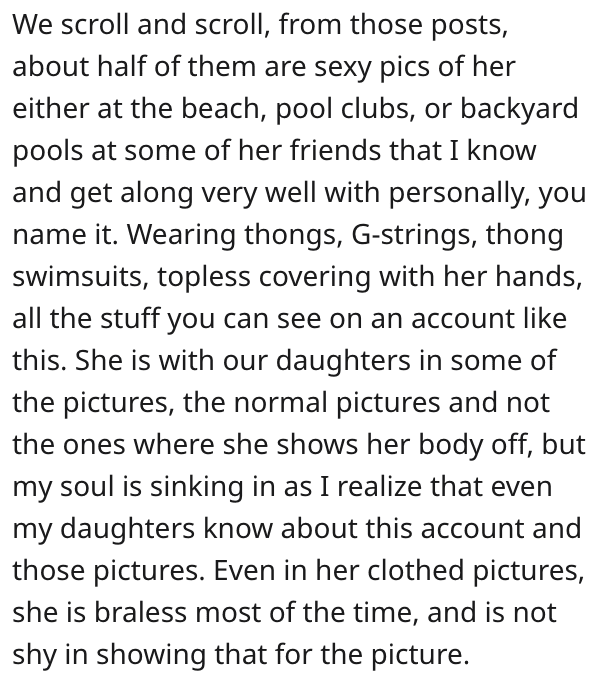 This poor fella was at a total loss for how to react to this revelation. 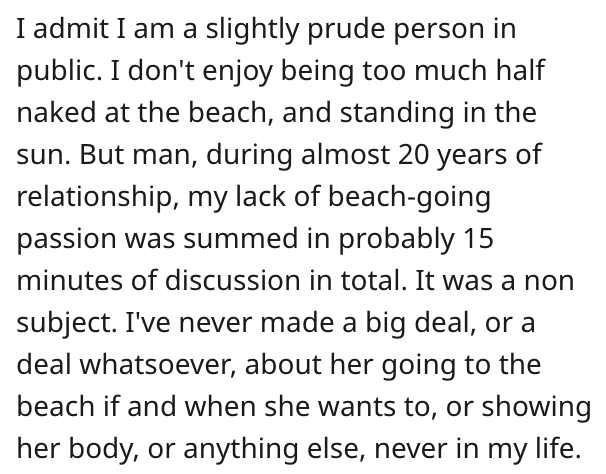 He felt like he didn’t even really know his own wife after looking at her revealing pictures. 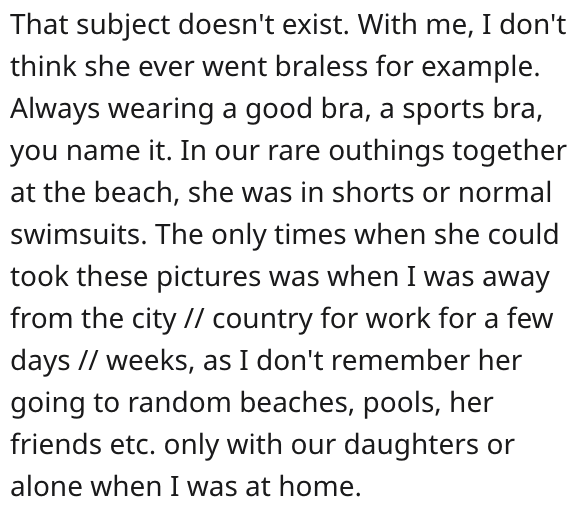 And then he finds out that friends of theirs know about this account and he’s been left in the dark this whole time. 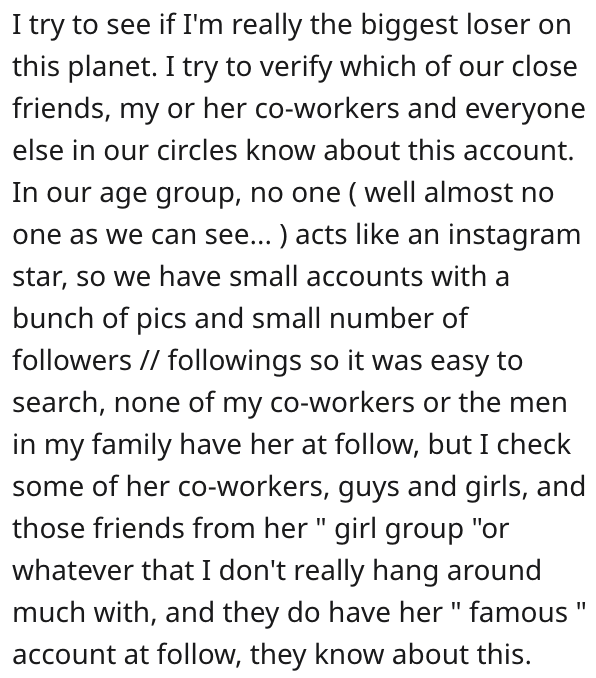 And he also finds out that this has been going on for three years.

That’s quite a long time to keep something like this from your partner. 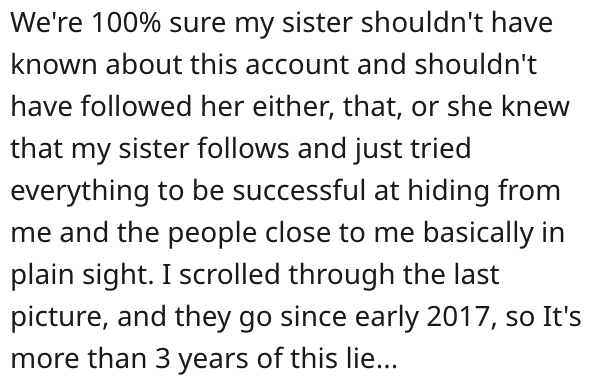 It’s pretty obvious that this guy was still feeling blindsided by all the developments when he posted this final paragraph about the situation. 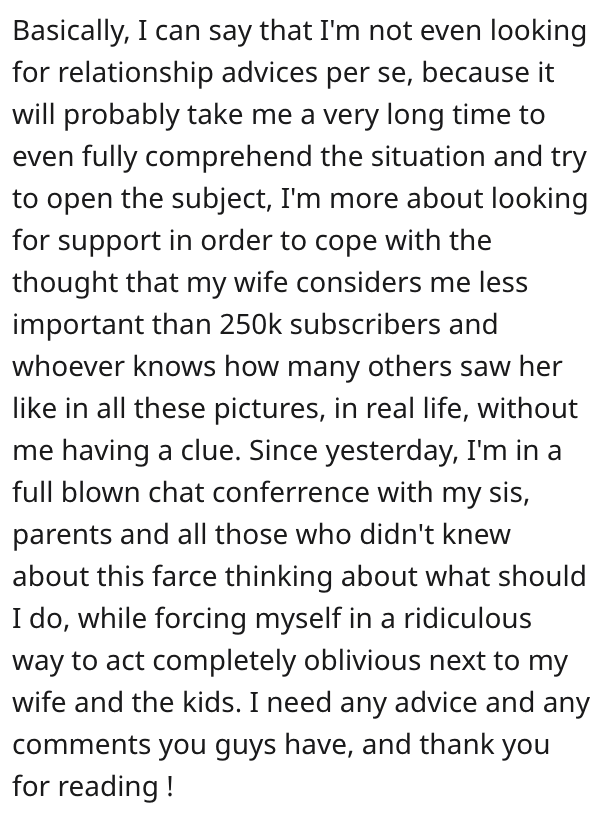 So… what did the internet have to say about? 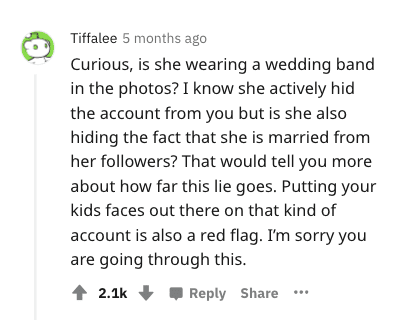 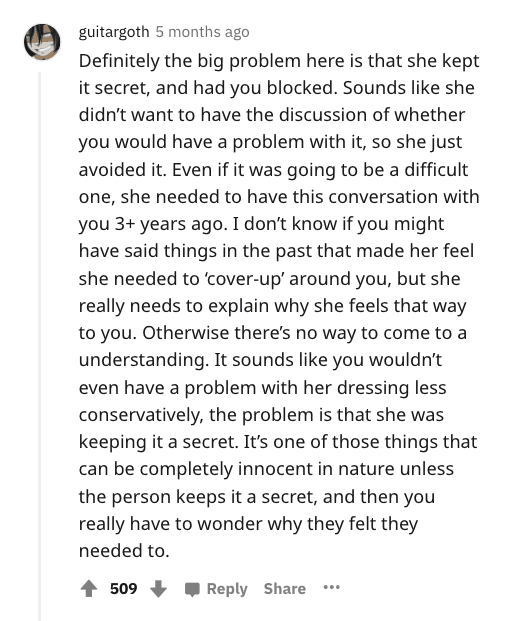 BUT… it’s really the DMs you should be worried about. And if those are clean, well, she deserves some mad respect. 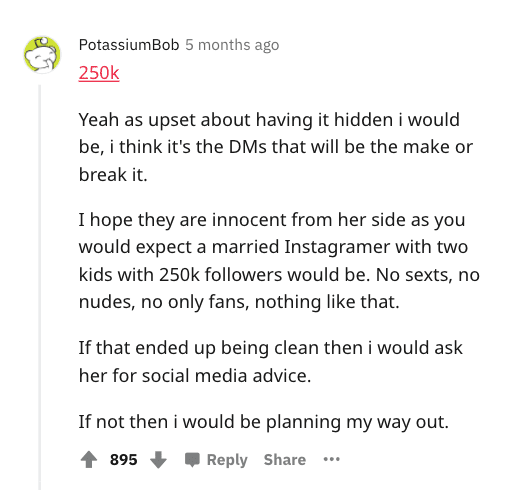 What do you think about all this? Is this appropriate, wrong, or just plain weird?

What advice would you give this man?

Tell us what you think in the comments. We’d love to hear from you.