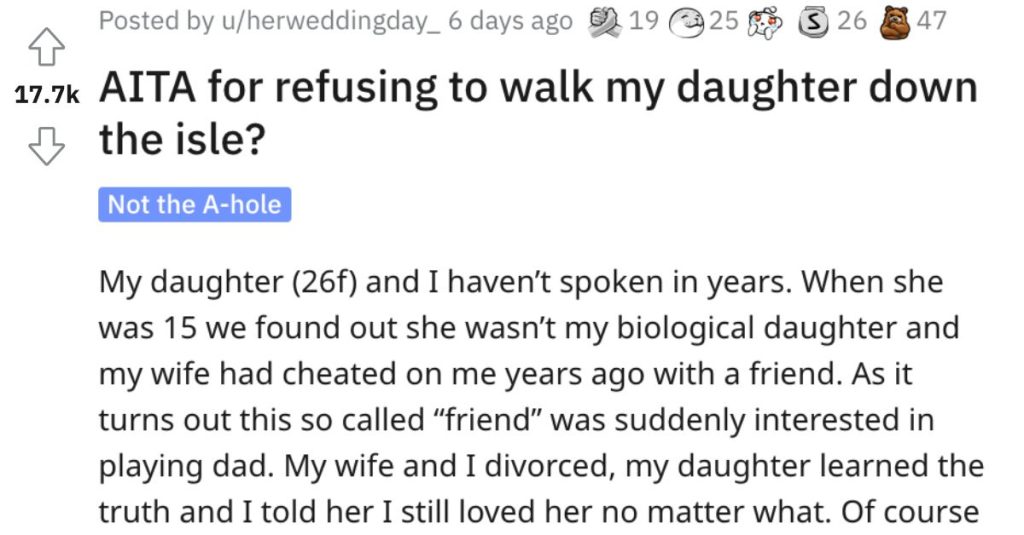 If you don’t regularly read the stories posted to Reddit’s “Am I the A**hole?” page, all I can say is that you’re missing out.

And here’s another one that you need to feast your eyes on!

A father wants to know if he’s wrong for refusing to walk his daughter down the aisle on her wedding day…yikes.

AITA for refusing to walk my daughter down the aisle?

When she was 15 we found out she wasn’t my biological daughter and my wife had cheated on me years ago with a friend. As it turns out this so called “friend” was suddenly interested in playing dad.

My wife and I divorced, my daughter learned the truth and I told her I still loved her no matter what. Of course she was interested now in getting to know her biological father and while it hurt I tried to accept that. She started pulling away from me after that. Even when trying to still do things together as a family she was no longer interested.

The last straw was when she was 20 and living at my house. We were arguing because she’d dropped from her college courses, hasn’t done anything for 3 months and mad because I told her she either needed to go to school or work if she wants to stay here for free.

She told me I’m not her real dad so stop pretending like I am and she’ll just go stay with her real father. That broke me honestly. But I told her if that’s how she really feels then there’s really nothing left to say between us. And she did move out to go live with him. I was depressed for a very long time, drank so much.

My son (24m) was my only reason to keep moving forward. For the first couple years I reached out to my daughter. She wanted no contact, I learned to accept that and move on. It helped me find more peace in my life. My son stopped talking to her for a while over this and was angry with her.

They still chat sometimes, which doesn’t bother me at all. Through him I learned her biological father d**d in October 2019. Also that she’s engaged. She reached out to me, first that she knows that “we haven’t talked in a while” but wants to ask me if I’d be willing to walk her down the isle.

After a pretty long message about how much she hurt me in the past with her actions, I told her no. She didn’t want me to be her father anymore so I learned to no longer view her as my daughter. This turned into a fight between us because according to her it’s not her fault she wanted to know her real dad. And I agreed with her it’s not, but what was her fault was how she treated me ever since.

In my mind I know if he hadn’t passed we wouldn’t even be speaking right now. It ended with telling her I hope she enjoys her wedding but I want no part of it or her life.

My son’s told me she’s ranting to my family that I’m ruining her day and she thought parents are supposed to love their kids unconditionally. My brothers seem to think now that I am being an as**hole and this is my chance to be in her life again. But I have no interest in that.

Still seems everyone has a strong opinion on it that I’m making it difficult for my daughter to have the wedding she wants when it would mean a lot to her.

My son is on my side but the comments are still wearing me down and just for the sake of my sanity, am I being an a**hole?”

Now take a look at how Reddit users reacted to this story.

This person said that this man is not an a**hole and that his daughter made her mind up a long time ago. 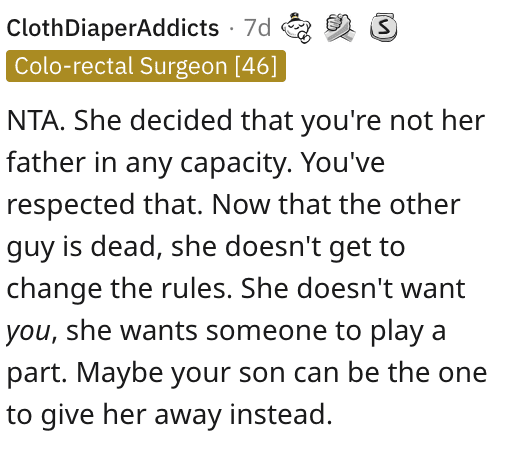 Another reader said that the daughter is just going to have to figure this out on her own. 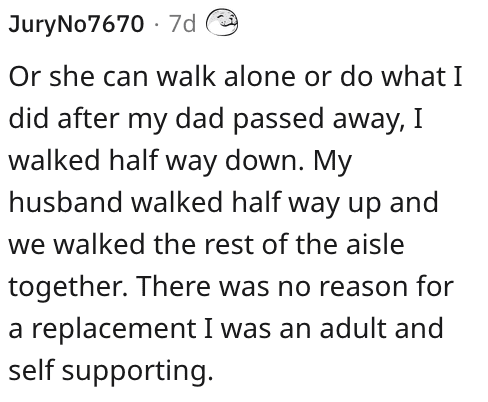 This individual said that the daughter is the one who threw away this relationship. 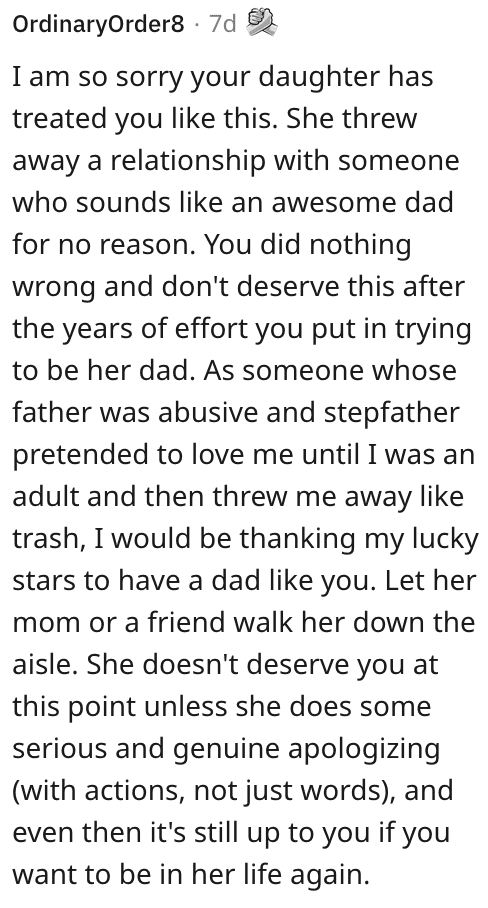 And another reader said that this man does not and should not be a stand-in just because the daughter is out of options. 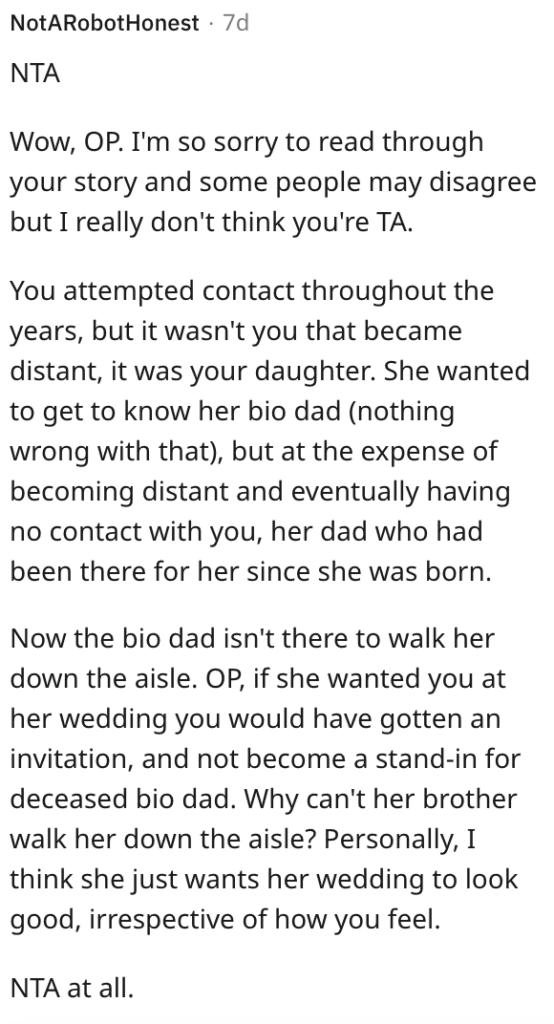 Do you think this dad is acting like an a**hole?