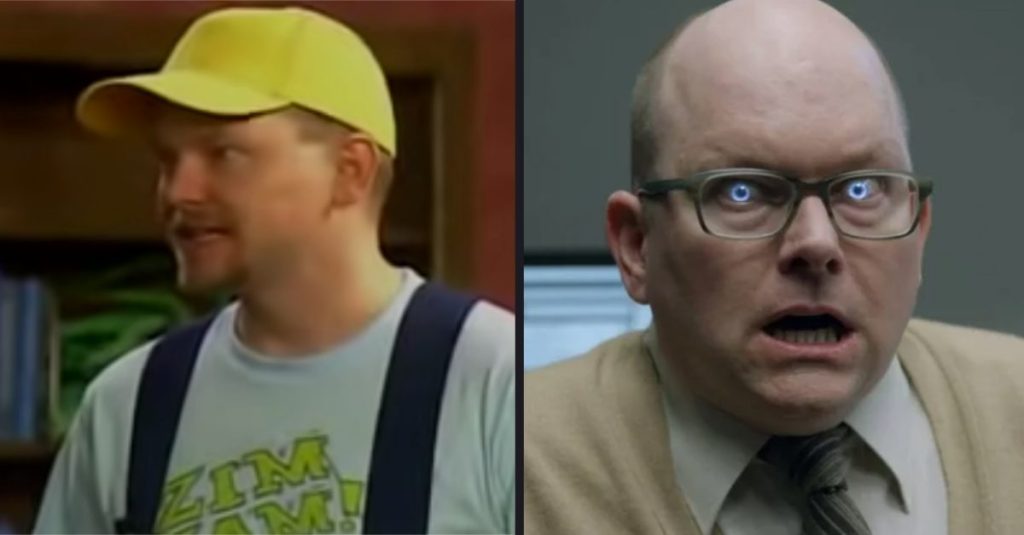 Before you knew him as Colin Robinson on the TV version of What We Do in the Shadows, actor Mark Proksch enjoyed pranking news shows on TV stations in the Midwest by pretending he was a yo-yo expert named Kenny Strasser.

Proksch tricked TV stations by saying that he represented a company called Zim-Zam Yo-Yo and that he was an expert in his field.

However, when he got on the air, Proksch/Strasser would make the interviews as painful and as uncomfortable as possible.

One example of something the character said on TV: “I am just a 35-year-old kid at heart, you know. Twice divorced. I have no kids. I don’t have a girlfriend. Don’t want one. My parents live in Denver. They just got divorced. I have a brother who I don’t get along with well because of his wife.”

Check out this video to see a hilarious example.

Here’s another video of Proksch getting one by on a TV station.

And yet another video of the Kenny Strasser character that is as painful as ever.

The series of pranks finally came to end when an employee at TV station WSAW in Wisconsin did some research and found out that there was no such thing as Zim-Zam Yo-Yo and that the accomplishments that “Kenny Strasser” had told them about were all made up.

Is he hilarious, or what?

What are some funny videos that YOU’VE seen lately?

Share some good ones in the comments! We’d love to hear from you!