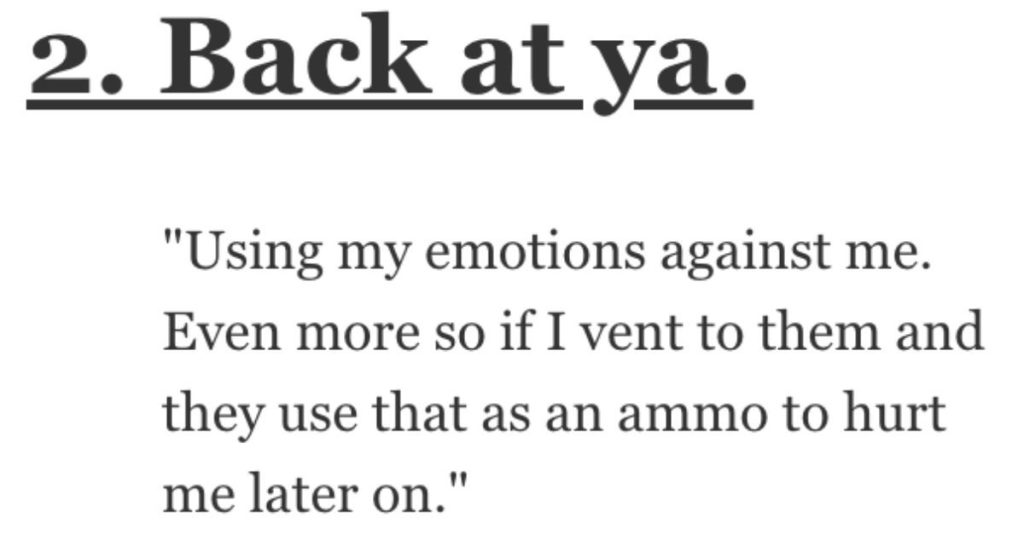 Men, What Are Your Biggest Turn-Offs From Women? Guys Shared Their Thoughts.

As a man who is attracted to women, I have to say that my biggest turn-off is when women get into screaming matches and fights with other women…or they start them with men and then expect another guy to step in.

I know that’s kind of specific, but I’ve seen it enough times that it left a mark on me and I just think it’s so trashy and unnecessary.

And that’s what I have to say about that!

Men, what are your biggest turn-offs when it comes to women?

Fellas on AskReddit shared their thoughts.

“Mind games of any kind.

“Using my emotions against me.

Even more so if I vent to them and they use that as an ammo to hurt me later on.”

“Doing something wrong & then playing the victim.

“I cheated on you because you didn’t gave me enough attention.”

My homie’s ex literally said this to him and that he should get over it.”

“Not own up to their own poor behaviors/mistakes.

If you can’t, I’ve got no interest in being around you.”

“Be an indecent human being, being just rude, disrespectful and not treating people like normal human beings.”

“Talk s**t about you to her friends.

More common than you would think.”

“Being on her phone too often, especially during inappropriate occasions like dinner dates.”

“Being completely obsessed about the amount of followers they want to accrue and likewise getting extremely pi**ed off when someone unfollows them.”

One of my exes would throw garbage out of the car window. I was like where do you think that goes?!?

She only did it twice before I just locked her window.”

“Calling me pathetic after making a joke to try and make her laugh.

Was me being goofy, the joke was making fun of myself something I do a lot and she was aware these were jokes.”

“Being rude to wait staff or retail workers.

Tells me (almost) everything I need to know.”

Even earlier turn off, playing hard to get. If you say no and expect me to chase you, then whatever made you attractive is going to vanish.

If someone says no, I accept it, I’m not gonna keep going after you, so don’t get mad that I’m accepting a rejection.”

What are your biggest turn-offs?