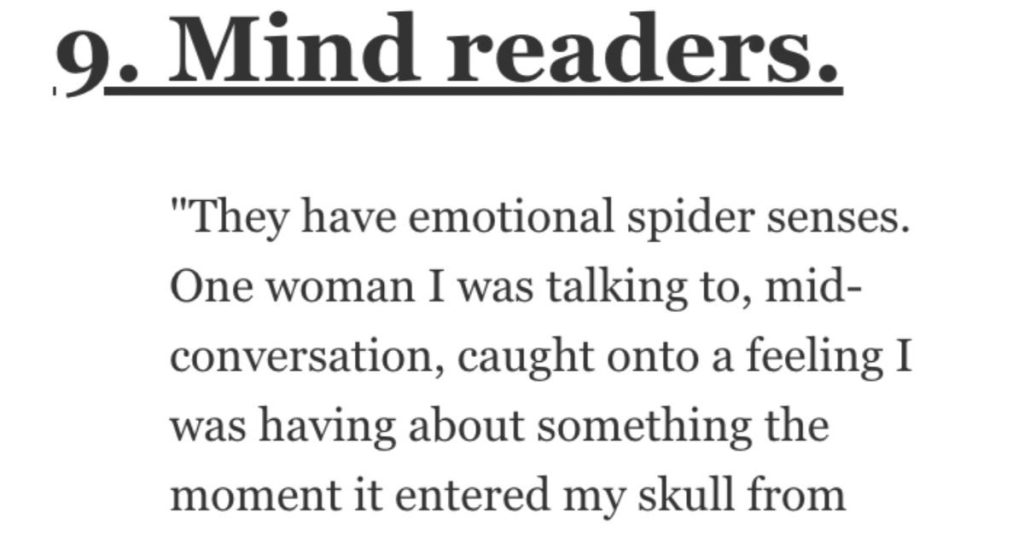 Men, What Did You Not Know About Women Until You Had a Relationship? Guys Responded.

Guys…just go ahead and admit it.

You were totally clueless about women before you had a relationship…and you still might be, if we’re being totally honest.

But totally we’re gonna get some truth bombs from men who admitted what they didn’t know about women until they spent a lot of time with them.

Read on to find out what they said.

1. Your hair is everywhere.

“How much they shed.

Two women in my house (wife and daughter) and once a month I have to pull a disgusting hair ball the size of a large rat out of the shower drain.

“I’m not sure where, but somewhere on their bodies they must grow bobbypins or they have a secret bobbypin farm.

They multiply and end up everywhere.”

“They love the water to be roughly the tempeture of a freshly erupted volcano and also the walls of the shower MUST have hair stuck to it or the world will collapse upon itself.”

But when I was younger it didnt hit me till my first time just how much softer they were than me. Also cold. Women I’ve known all seem to get cold very easy.

It’s great. They’re like the ultimate cool side of the pillow. And my big warm a** is appreciated for frozen fingers and feets. Everybody wins.”

She came home one day and the sink was full of saturated tampons because I was just amazed by how much water one can hold.

I was chastized and sent immediately out to buy more. Totally worth it.”

“That giving them food makes their mood extremely better.

I sincerely always thought it was a meme.”

“One of my first realizations just how expensive it was being a female just factoring bath, beauty, & sanitary products.

And my lady doesn’t go for the super expensive luxurious brands either.”

“That it really /is/ the thought that counts. At least, with the right woman.

A random candy bar when she was having a bad day often meant way more than a very nice meal/evening out.”

“They have emotional spider senses.

One woman I was talking to, mid- conversation, caught onto a feeling I was having about something the moment it entered my skull from the ether, and she asked me about it. It was like having my mind read.”

“That when they complain it doesn’t always mean they want you to fix it, or that they’ve come to a negative conclusion.

It’s just thinking out loud, in a way that most guys don’t.”

“Birth control has some truely horrendous side effects, and it’s sad that modern medical science hasn’t come up with safer birth control options.”

“That when cuddling they would radiate so much heat that I begin to sweat while they are so cold they have 3 blankets on.”

“I honestly didn’t realize how dangerous and widespread eating disorders are until I got with my ex and learned her history. She really educated me.

She had anorexia when she was younger, and it got so bad that she had to be in a wheelchair because she risked having a heart attack if she stood up.”

If so, lay them on us in the comments.