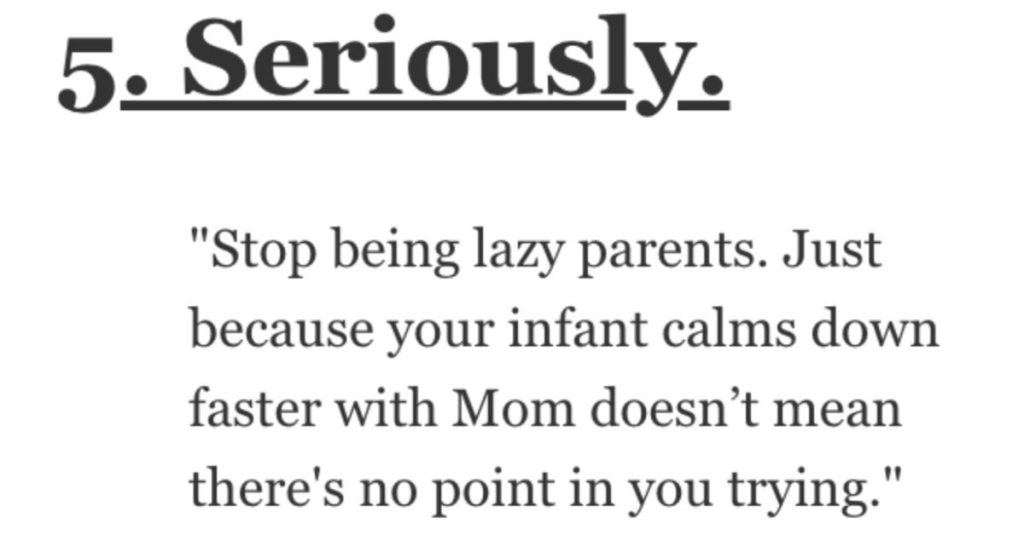 Men, What Do You Want Other Guys to Stop Doing? Men Responded.

Alright, fellas, we’re all going to get a serious lesson in humility today.

Because we’re going to hear from men on AskReddit about what they want other men to stop doing.

So let’s quit the small talk and get to the good stuff!

“Be unfriendly against other men in social situations.

I’ve said hi to some dudes at bars when I am alone and waiting for a friend or some people, and almost always I get the cold shoulder.

I am a very friendly and respectful person too, so I am not doing anything creepy: just saying hi and talking about some mutual thing.

Like this dude was wearing my home country’s jersey and even he was cold.”

“Stop teaching our sons that they’re not supposed to have emotions.

Emotions are physical. They are part and parcel of being a biological creature. Yet growing up, boys are trained to believe that having emotions is wrong. They hear people (their mothers) described as being “emotional” as if that’s a problem, difficulty, or foreign idea.

When they’re sad, they’re told to “man up” or “be tough”. Being tough is important, and it can be learned along with learning how to process the emotional experience.

When they have a sensitive detector for the emotions of themselves or others, they’re told that they’re “too sensitive”, whereas what they need are tools to use their sensitive instrumentation to their advantage.”

“Talking about women in the nastiest of ways.

Chill the f**k out bro, yes she was pretty cute; but I don’t need to hear the inhumane s**t you would do to her in bed.

I don’t have examples because I’m pretty sure I’ve blocked those memories away. But I promise I’ve heard other guys say some absolutely vile s**t.”

In college I had “friends” that had an “I’ll make a man out of you” kind of mind set, like leave me alone, let me be me.

Literally trying to put me through misogynistic condition, they think having ‘getting b**ches’ as your only life goal is a good thing and being toxic as hell is how your gonna get there.”

Just because your infant calms down faster with Mom doesn’t mean there’s no point in you trying.”

“This is more of “happens in my area” thing, but men who openly use chewing tobacco and spit either on the ground or in an empty plastic water bottle.

Just stop with that brown spit is all, basically.”

“Leaving their girlfriends that are pregnant or recently gave birth. There are so many young, single moms out there.

It’s absurd. How can someone be so selfish? I really don’t understand it.”

“”I never changed a diaper” equals a bad father and a bad partner.

“I saw some dude at a concert last night filming some chick 3-4 rows ahead of him. Literally just zooming in on her breasts.

She caught him and he quickly deleted a bunch of videos but I saw him save at least a few photos. His wife was sitting next to him. So that for sure.”

Cat and mouse can be fun, but only when both participants know its a game you both wanna play.”

“Stop being hard on yourself.

Love yourself, your body, and the way you think. Stop saying you’re an idiot, moron (gender non specific) Stop thinking that the only way to get women is with a six pack.

Stop thinking nobody wants to talk to you, chances are others think you don’t want to talk to them.”

It’s so disrespectful to the person in question.

And no, I won’t share my history with you just because you’re equalizing masculinity to s**ual conquests. It’s gross.”