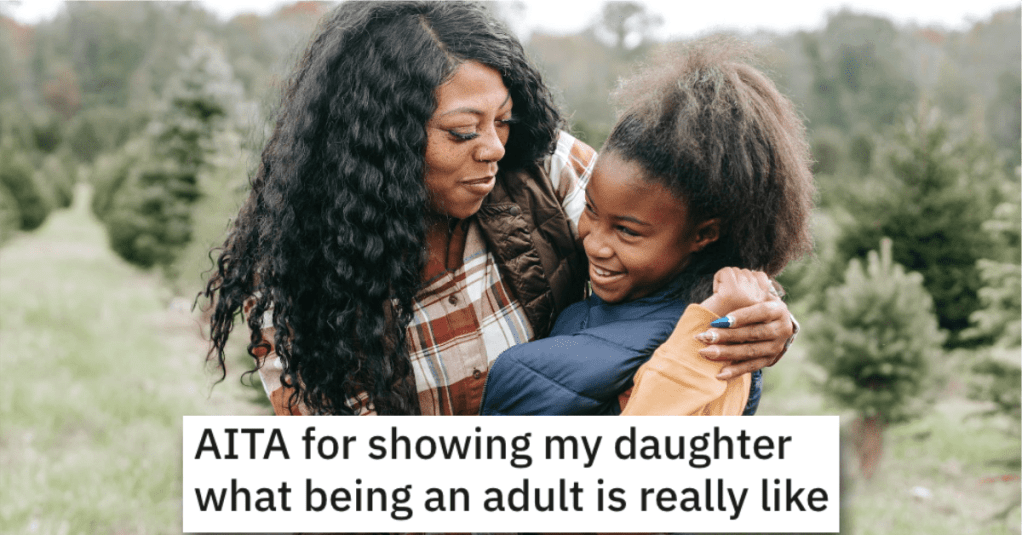 Did your parents ever give you a major reality check when you were a teenager?

Or maybe you were even younger?

Mine did not because I stayed out of trouble for the most part but you hear these kinds of stories all the time.

But did this parent go too far when they showed their daughter what being an adult is really like?

AITA for showing my daughter what being an adult is really like?

“Friend’s parents caught my daughter sneaking in the window and brought her home. They live about a mile from my house. Dad said he was sorry for the part that his 18 year old played and that my kid ran away.

My kid said she wants to talk to grandpa alone. So I allow it off my phone and go pull the trash cans in and check the mail. I came in the house to my dad laughing and my daughter crying. So I was confused. I asked what happened. My daughter cries harder. My mom is in the background between laughing fits tells me why my daughter has been skipping school… she took the ACT last year and scored in the top 20% of her school.

They put in her AP classes and the freaking dumba** friend told my kid that those were for the stupid kids who couldn’t make it in normal classes and she believed her. So she didn’t want to be in the loser classes and figured if she was dumb then why not finish school. It says placement on her schedule not AP not sure why

Now I have no idea how to fix this but we going to figure it out. Hopefully she cuts that kid out of her life. And works hard to get back on track. The same rules will apply. She won’t have her phone for a while or be driving the car any time soon. But we will figure it out. So this past few weeks she was thinking she was a loser and a failure and didn’t know how to tell me.

If I could have recorded this conversation I would have. I am just in total shock and after the emotional wreck that I was feeling all week, I can only imagine how she felt.

I am taking her for ice cream and to sit down and figure out what we can do together. She thinks she is grown but didn’t know that what AP stands for nor did it register in her head to ask someone else. Any advice will be wonderful and helpful.

My 17 year daughter a senior in high school, has been skipping school, smoking wd, allowing kids that do not have a DL drive my car and lying about everything. She has now ran away because I told her she had to finish high school. My house rules are the following: tell me where you are, don’t lie and finish highschool. She has been doing all the above.

I told her she since she didn’t want to attend school here she could go to her dad or grandparents. She chose to runaway when I wasn’t looking. I finally got ahold of one of her friends after 2 days who has informed me that “my child is an adult, I can’t make her live with me, or anyone else without her consent. That she don’t have to go to school if she don’t want to.”

And that I was a horrible parent pretty much. So I plan on canceling her phone, which I pay, took my GI bill back that gave for her to use for college, and plan on pausing her insurance. She has braces on her top teeth but hasn’t attended an appointment since April. I’m hoping she wakes up soon and realizes it’s a cr**py world.”

One person said this parent is NTA and that kids need to learn life lessons. 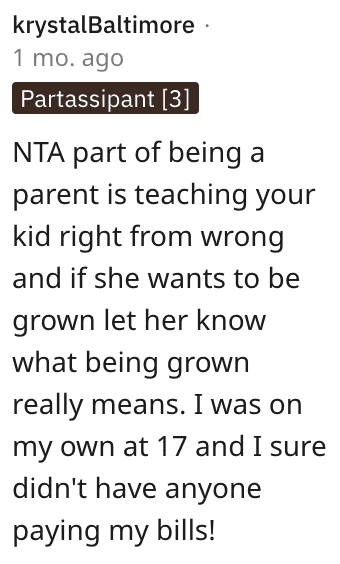 Another individual said something serious must have happened for the daughter’s behavior to change so quickly.

And this reader said it sounds like this girl had something bad happen and she probably needs some help. 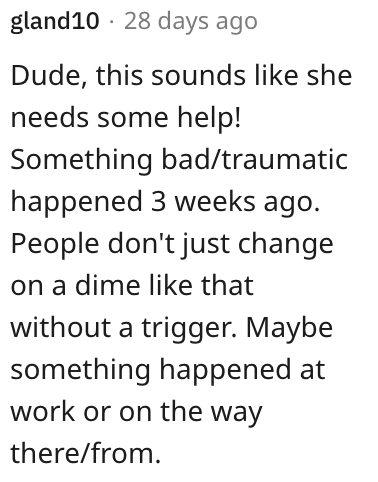