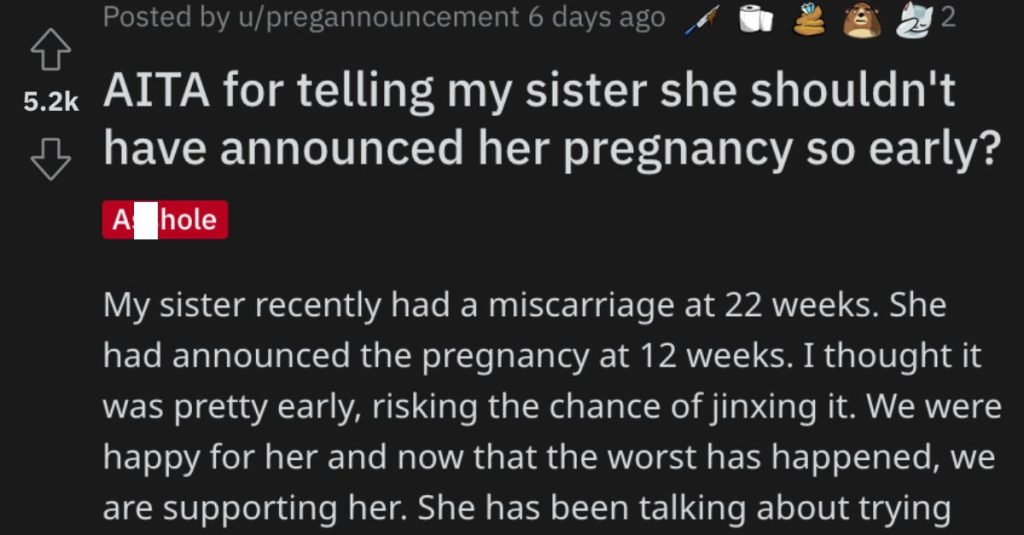 When tragedy strikes, you never want to make a person feel any worse than they already do, but sometimes a little truth is needed to try to set someone straight.

Take a look at this story from Reddit’s “Am I the A**hole?” page and tell us what you think…

AITA for telling my sister she shouldn’t have announced her pregnancy so early?

“My sister recently had a miscarriage at 22 weeks.

She had announced the pregnancy at 12 weeks. I thought it was pretty early, risking the chance of jinxing it. We were happy for her and now that the worst has happened, we are supporting her. She has been talking about trying again and I told her if it does happen, don’t tell us until the baby has reach viability to avoid something like this happening again.

She got mad at me and said it didn’t matter when she announced the pregnancy because this could’ve happened either way. I replied that why that’s true, it’s pretty common acknowledge not to announce it so early because the risk of miscarriage is higher.

She cursed me out and we haven’t talked since. She told our mom and other sister about it and they agree with me but also think I should have had a bit more tact since she’s still grieving.”

Now take a look at what Reddit users said about this story.

This reader said that this person is definitely an a**hole in this story. 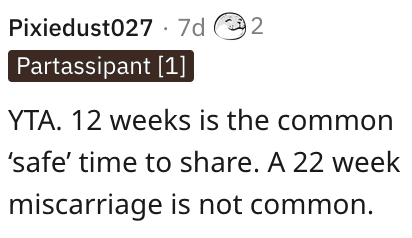 Another reader said this person is an a**hole for a totally different reason. 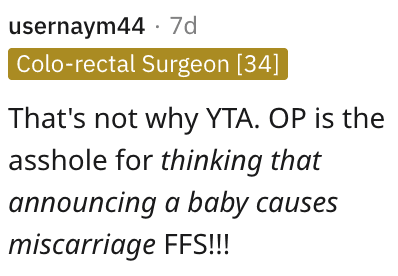 This Reddit user said there’s no such thing as “jinxing” a pregnancy. 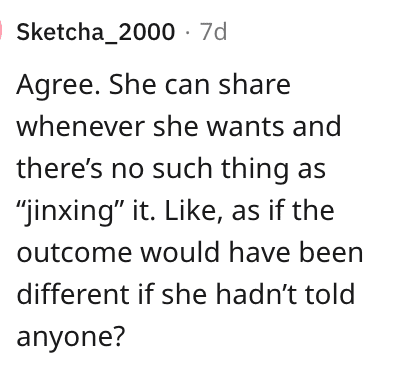 And lastly, this reader said that the person who wrote the post is most definitely an a**hole. 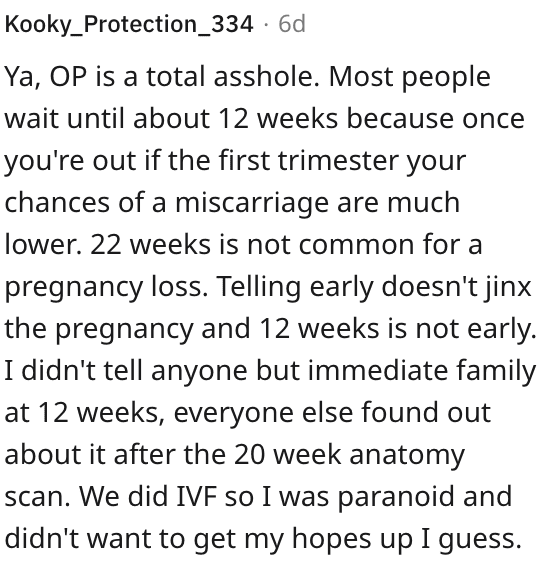 Do you think this comment was out of line?