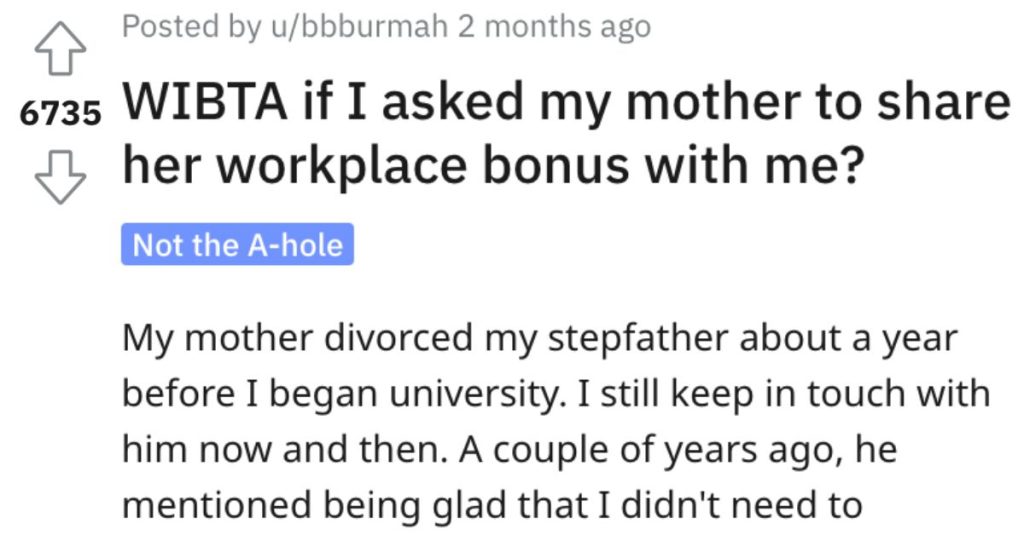 Finances can be tricky…and they can also lead to some hurt feelings when it comes to family.

Take a look at this story from Reddit’s “Am I the A**hole?” page and you be the judge about whether this person would be wrong for asking her mom to share her work bonus with them.

WIBTA if I asked my mother to share her workplace bonus with me?

“My mother divorced my stepfather about a year before I began university. I still keep in touch with him now and then. A couple of years ago, he mentioned being glad that I didn’t need to struggle with money in university because of the funds he allocated for me during the divorce settlements.

What funds? Apparently around $15,000, which I had never heard about. My mother remodelled her house while I was away at university, and I had never known where that money had come from, as she doesn’t have a very well-paid job and never had much in savings.

That money was meant for me, and she spent it without ever telling me. I’ve known this for around two years but never brought it up with her.

I’m currently studying for my Master’s degree, and have never received any financial support from my mother throughout my education. As a result, I have a little bit of student debt, and have been working pretty much full-time to try to cover for myself.

Now, as I’m still struggling with money, she has just been told that she is getting a backdated pay increase from her job. She was supposed to be on a higher pay rate for the past 9 years, and the backdated bonus will amount to around $8,000.

She’s been telling me how excited she is to spend it on some vacations with her new boyfriend.

WIBTA, would I be greedy, would I be petty, if I told her that I know about the $15k, and asked for a share of her $8k to help me cover my student expenses?”

This reader had some good advice for this person. 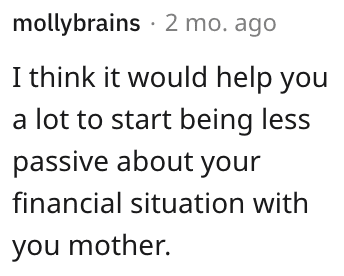 And another Reddit user had a different take on the situation… 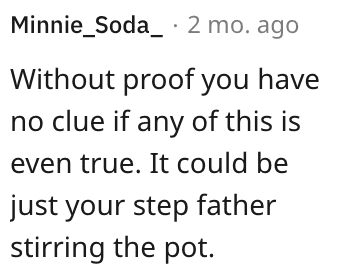 This individual made it clear: they don’t think this person will ever get the money. 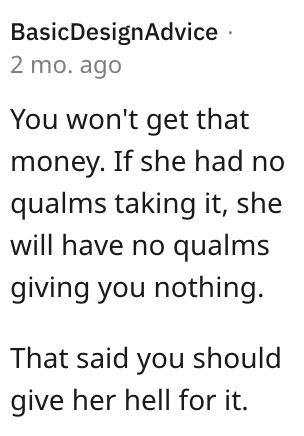