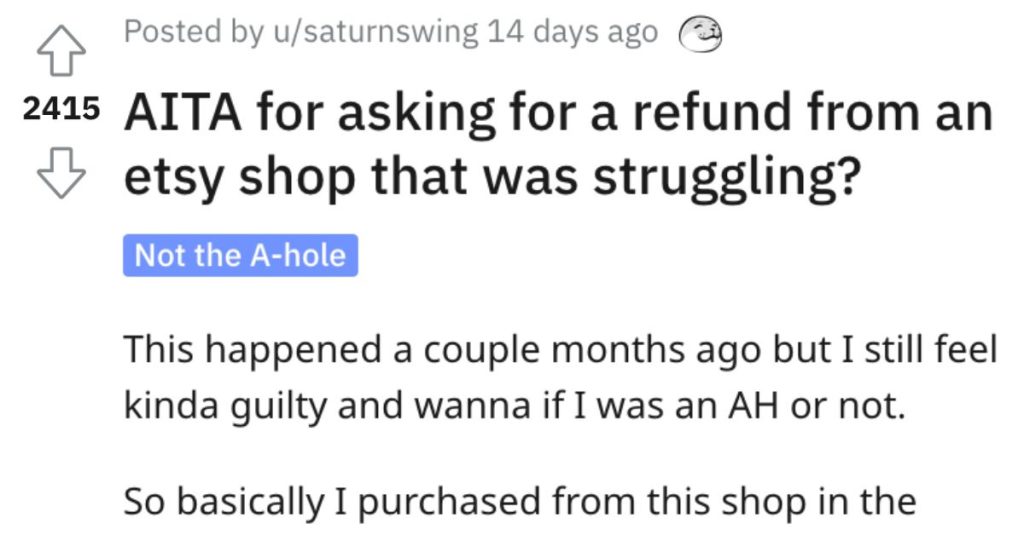 I need a refund over here!

A lot of us have said that in our lives but should we feel guilty if we’re demanding our money back from a small business?

Or a struggling one?

Let’s see what happened in this story from Reddit’s “Am I the A**hole?” page…

AITA for asking for a refund from an Etsy shop that was struggling?

“This happened a couple months ago but I still feel kinda guilty and wanna if I was an AH or not.

So basically I purchased from this shop in the beginning of July, a couple weeks after I hadn’t gotten any notifications on shipping or anything, I checked the shop and saw that the listing said would only take 2-3 days to ship. I messaged the seller asking if they were going to ship the order.

The seller responded and told me that one of the owners of the shop had d**d and that was why there were delays. (they did not close the shop at all or post any sort of announcement about this on their shop so I had no way of knowing) I was mortified and told them to take their time.

About a month later still nothing, so I messaged the seller telling them I understand the delays but was wondering if they would ship my order out soon. They responded a week later that they they’d send it out in a week. A month after that message they still hadn’t shipped it and I was frustrated.

I saw on reviews that other people who had ordered after I did received their orders on time, I didn’t want to deal with the seller anymore and filed a dispute with etsy to get my refund. The seller messaged me saying I was rude and I should’ve been more patient.

I do still feel guilty about it. AITA?”

This reader said that it sounds like this business person is trying to run out the clock so they won’t have to issue a refund. 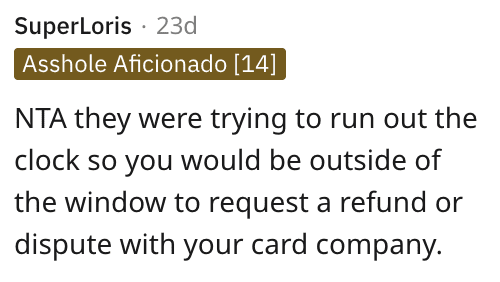 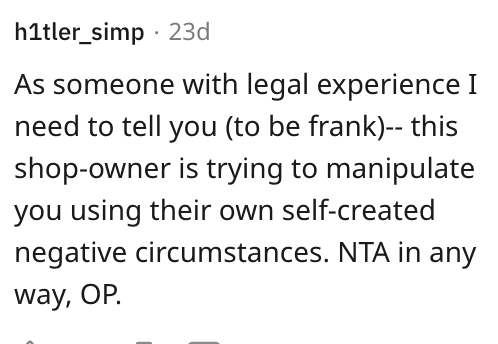 And this individual, who happens to be an Etsy shop owner, said that the person who wrote the post is not an a**hole AND they should leave a review so no one else gets screwed over. 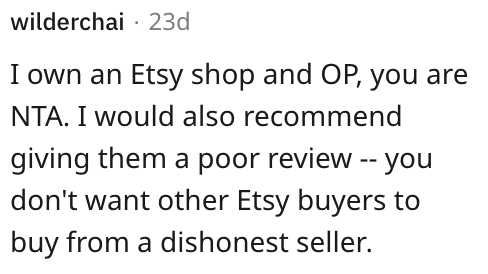 Finally, this person said that the Etsy shop owner just seems like a bad business person all around. 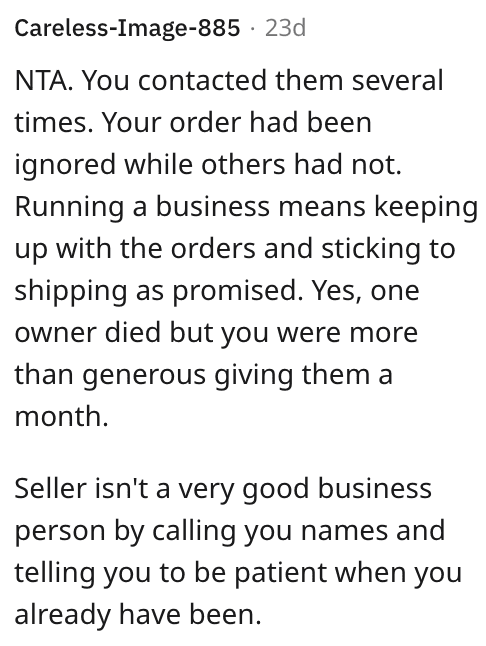