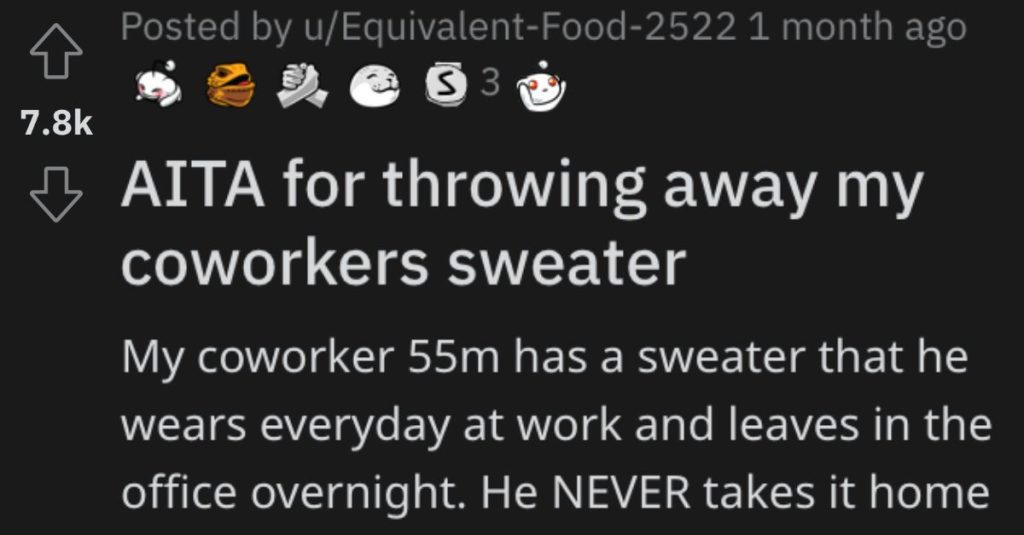 I personally don’t think it’s cool AT ALL to throw away something that doesn’t belong to you without asking, but let’s see what the heck is going on in this story from Reddit’s “Am I the A**hole?” page before we rush to judgment, okay?

See what this person had to say and talk to us in the comments after you’ve made up your mind.

AITA for throwing away my co-worker’s sweater?

“My coworker 55m has a sweater that he wears every day at work and leaves in the office overnight. He NEVER takes it home to wash and over the last month it has developed a distinct smell.

At first I tried to make innocuous comments to him (“Do you smell something musty?” etc )

But he didn’t catch on so last week I said to him “Hey that sweater is starting to give off a stench, could you take it home and wash it?” He replied “Nah that’s not my sweater” and walked away which effectively ended the conversation.

So I took the sweater on my way out and threw it in a dumpster out back.

The next day he was looking around for it and asking everyone if they had seen it. I just shrugged and said “Nah haven’t seen it today” (which was technically not a lie)

I feel kinda bad but I can’t live like that. We work in a 7 person office with no HR and our boss is not effective at dealing with issues do I felt like this was my only option. AITA?

CLARIFICATION: when he said “that’s not my sweater” he was referring to the stink not being his sweater. The sweater was in fact his (he’s a bit of an oddball, but I can’t imagine even he would wear a random stinky sweater that he didn’t own).”

One person said they are NTA and that this was trash. 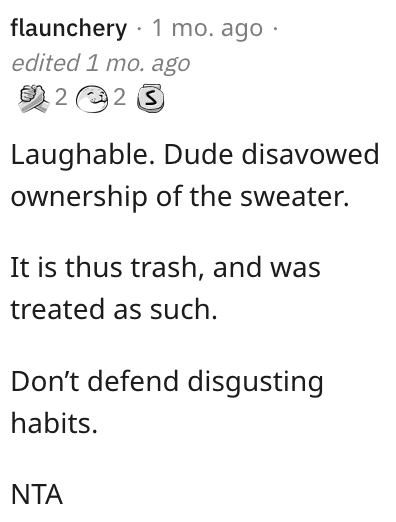 Another said they are NTA and that the co-worker was showing a lack of respect. 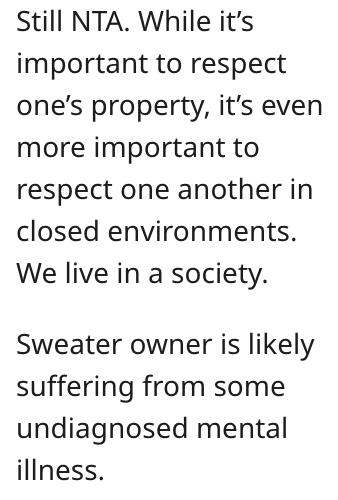 And this individual said this person is an a**hole and they need to get a backbone. 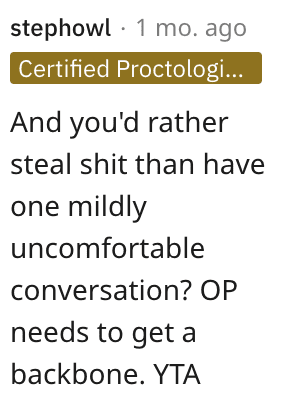