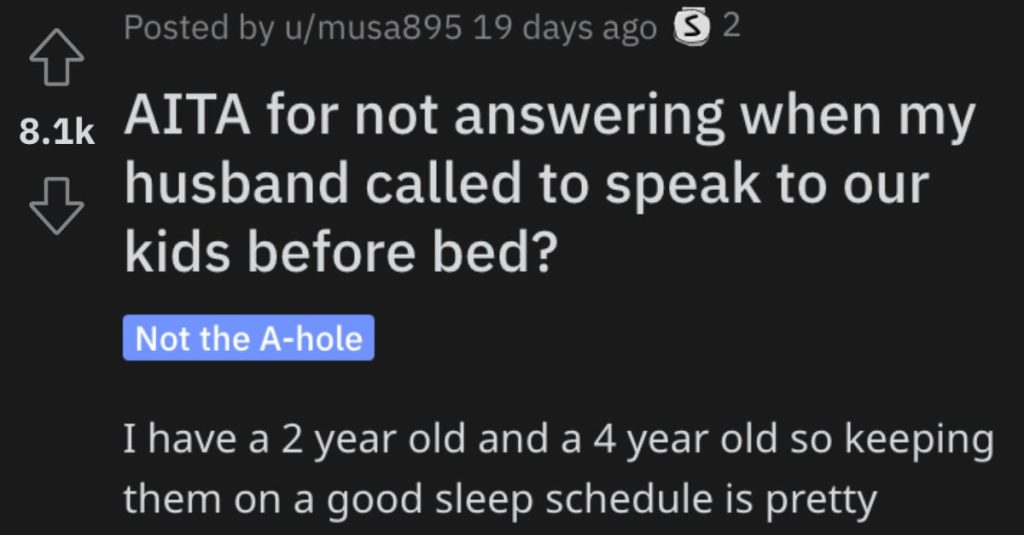 She Didn’t Answer When Her Husband Called to Talk to the Kids Before Bed. Is She Wrong?

I know that parents want to keep their young ones on a strict sleeping schedule, but is it wrong to not answer the phone call of your spouse when he specifically called to talk to the children?

That’s the dilemma at the heart of this story and we want to know what you think about it.

Read on and let us know what you think about this situation in the comments.

AITA for not answering when my husband called to speak to our kids before bed?

“I have a 2 year old and a 4 year old so keeping them on a good sleep schedule is pretty important.

Whenever my husband is away, he’ll Facetime with the kids for a little while. We agreed before he left that he would call at 6:30pm my time as their bedtime is around 8pm.

He called late from the start but he was always apologetic and said his meeting overran so I let it go at first. After the fourth time I told him I wouldn’t answer if he called later than 7:30pm as it was ruining their sleep schedule and he was calling later and later every day.

I never answered when he called to speak to the kids for 3 days because he called after 7:30pm and now he’s angry at me even though I suggested he call earlier if that worked better for him as it didn’t.

This reader said she’s NTA and that her husband is showing a lot of disrespect. 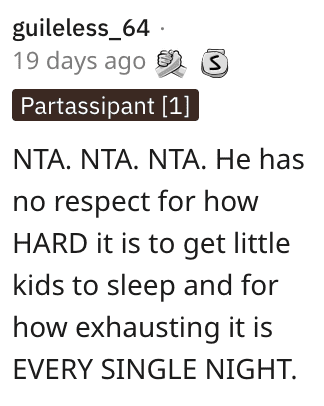 And this Reddit user said you don’t risk messing up the sleep schedules of little kids. 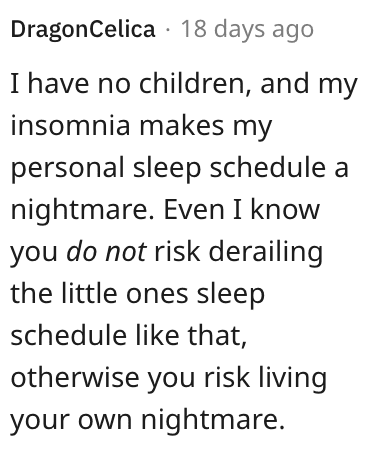 Another individual said it sounds like he’s just doing what’s easy for him.