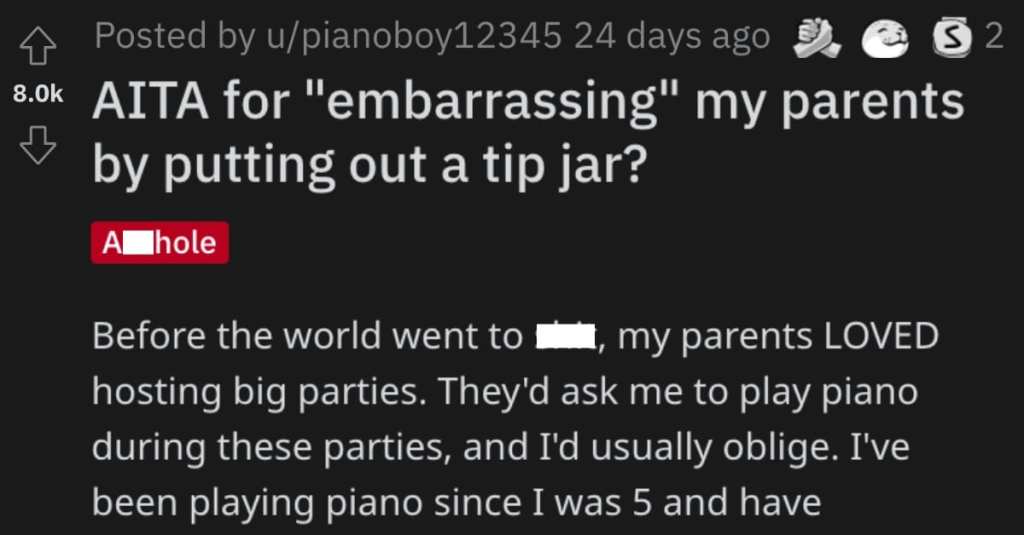 Take a look at this story from Reddit’s “Am I The A**hole” page and keep reading to see how people responded.

AITA for “embarrassing” my parents by putting out a tip jar?

“Before the world went to s**t, my parents LOVED hosting big parties. They’d ask me to play piano during these parties, and I’d usually oblige. I’ve been playing piano since I was 5 and have competed at the state and national levels.

They recently resumed hosting parties now that a lot of their friends have been vaccinated. Usually, I come downstairs, play a few Liszt/Chopin pieces, and head back upstairs to my room because there’s no one my age at these parties. Before the most recent party, I got the idea of putting out a tip jar with a sign saying “pianoboy12345’s college fund” along with my cashapp, venmo, and paypal.

I did this because I’m going to college in the fall and want some extra spending money. My parents are pretty well off and most of their friends are also well off, so I ended up earning almost $1000 that night.

My mom came up to me after the party was over and said I embarrassed her and my dad because the sign suggested that they’re going to have trouble paying for my college.”

Hmmmm…now it’s time to take a look at how readers responded on Reddit.

This person said that they are a jerk for doing this and that putting out a tip jar is just plain tacky. 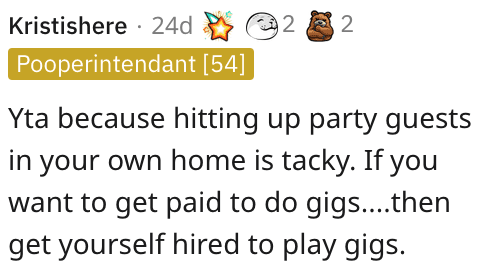 Another person said that while tacky, the writer is young and maybe they’re just fed up with being asked to play at parties by their parents. 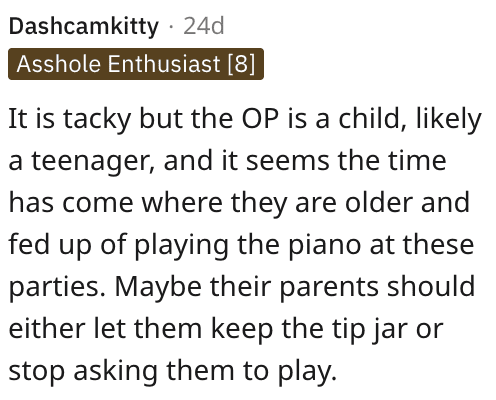 Another individual said that this young person shouldn’t be working for free just because their parents ask and they should be getting paid for their work. 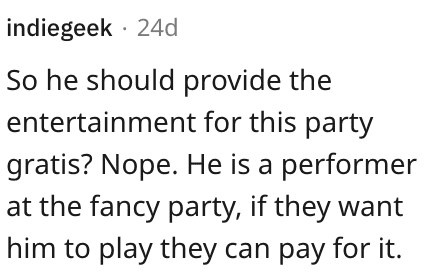 Finally, this person said that the writer is NOT wrong for their actions and that they should be making a little dough for their efforts. 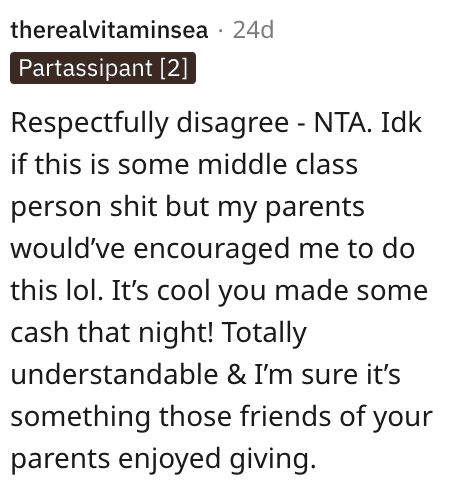 Do you think these actions were rude or disrespectful?