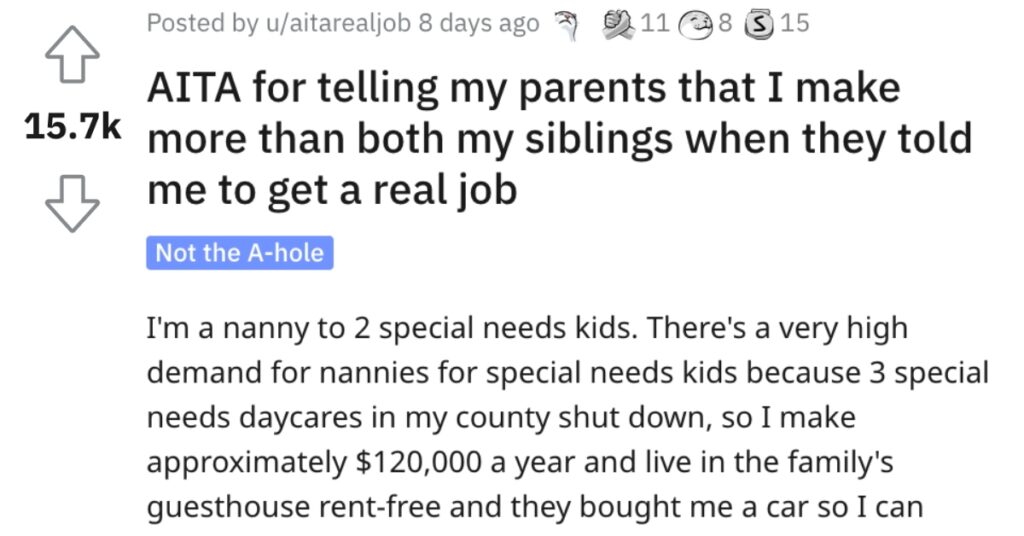 Layin’ down the truth hurts sometimes…

But when people keep pushing and pushing, sometimes you gotta smack them in the face with a Truth Bomb.

AITA for telling my parents that I make more than both my siblings when they told me to get a real job?

There’s a very high demand for nannies for special needs kids because 3 special needs daycares in my county shut down, so I make approximately $120,000 a year and live in the family’s guesthouse rent-free and they bought me a car so I can drive the kids around.

My parents have the belief that any job in childcare isn’t a real job. They went so far as to call my aunt (she majored in child development) and had her tell me how broke she is when I said I wanted to major in early childhood education, then they told me I could either pick an “acceptable” major or they wouldn’t pay for my college.

I cut contact with them for a while in college and we recently started talking again. I’ve been in contact with my siblings, though. My parents recently asked about my job and education and were not happy when I said I’m a nanny and have my masters in special education.

They made a comment that I’m working the same job that I’ve had since I was 15 and how I’ll be broke forever then told me to get a real job like my brother (accountant) and sister (nurse).

I was pi**ed and told my parents that I make more than both my brother and sister and I don’t have to pay rent, for car payments, or for gas.

They hung up and I got a text from my sister saying I made her look bad to our parents. My brother said I should’ve just kept my mouth shut.

AITA for telling my parents how much I make?”

This reader said that this person gave their parents a much-needed reality check. 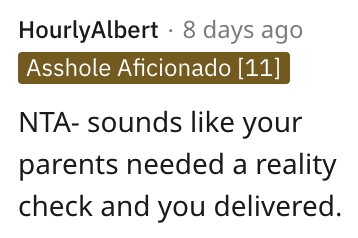 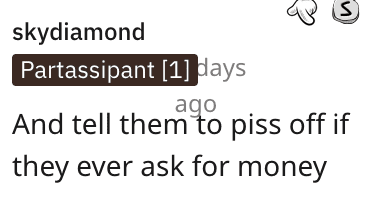 And this individual said it might be a good idea to not have any contact with the parents whatsoever. 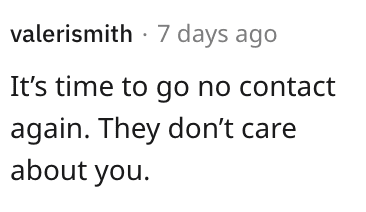