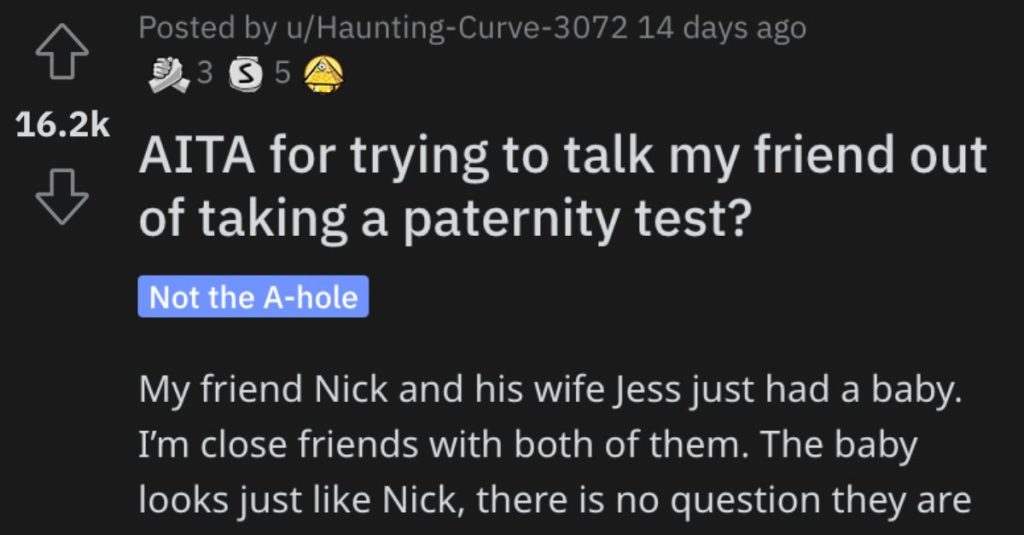 I’ve heard of people being talked INTO a paternity test, but this might be a first…

Take a look at this story from Reddit’s “Am I the A**hole?” page and let us know if you think this person is out of line.

AITA for trying to talk my friend out of taking a paternity test?

“My friend Nick and his wife Jess just had a baby. I’m close friends with both of them. The baby looks just like Nick, there is no question they are related.

One of Nick’s friends is a bit of a mgtow type of guy and he brainwashed Nick into wanting to take a paternity test. Nick asked my advice on how to bring up this topic with Jess.

I was shocked. I thought their relationship was good and they trusted each other. And the baby looks just like Nick! I started asking Nick questions as to why he thinks Jess cheated. What did she do that made him suspicious. He admitted that she didn’t do anything, but he needs this test to be certain.

So I told Nick that it’s a bad idea and could really hurt Jess. She had an extremely traumatic birth, the baby was huge, she didn’t get an epidural and everything ripped. I think she might even have postpartum depression. What she needs is support and love, not accusations of cheating.

He kept saying he needs this to be certain and Jess should be understanding. So I asked him how he would feel if Jess asked for a paternity test for him and Anna’s (his female best friend’s) baby, who was born last year.

He said he would be really disappointed in Jess and it would make him rethink their entire relationship, possibly even break them up. But it’s different, because Jess doesn’t have to spend money on and raise Anna’s baby, thinking it’s hers when it might not be.

Now see what Reddit users had to say about this.

This reader said this person is NTA and that this might cost his friend Nick his marriage. 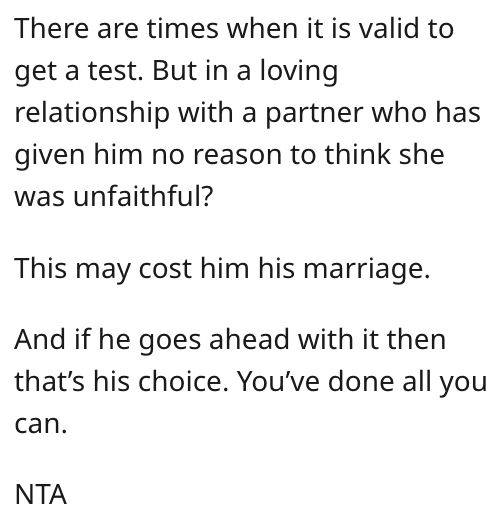 And another person agreed and said that this Nick guy needs to have his brain checked. 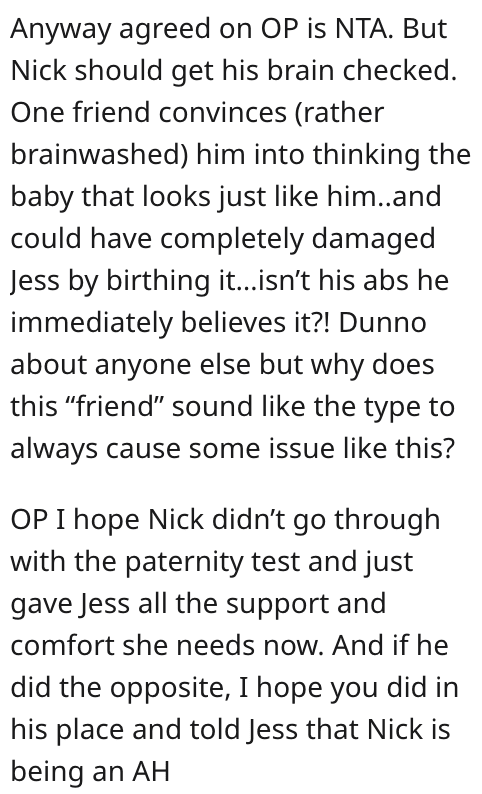 Another individual said that Nick needs to get rid of his other friend because we’re all judged by the company we keep. 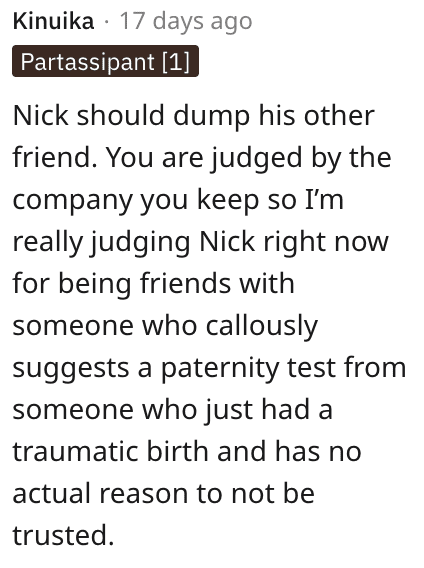