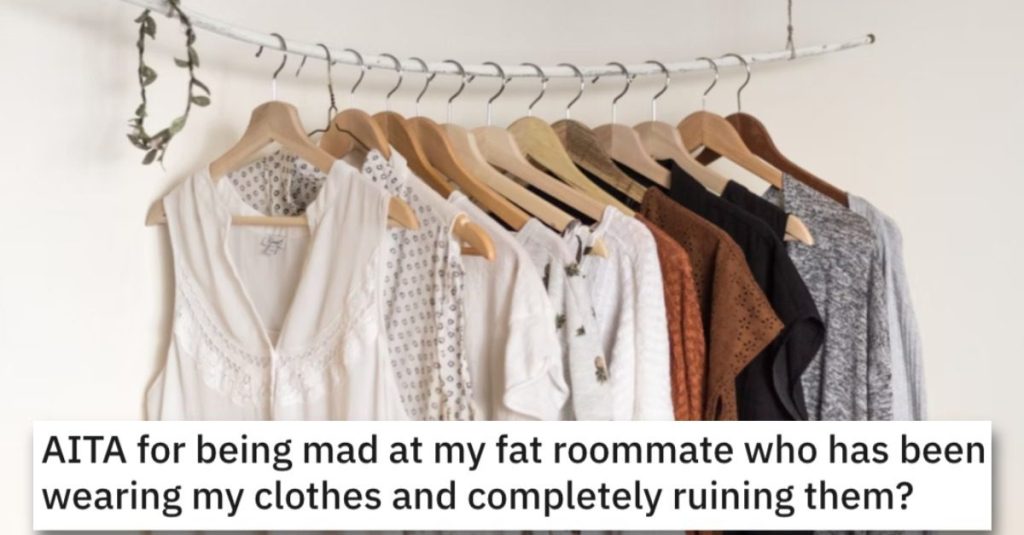 Messing around with anyone’s stuff is just RUDE.

And it’s especially rude when that stuff happens to be another person’s clothes.

And this woman wants to know if she’s being an a**hole for getting mad at her roommate who is really cramping her style.

AITA for being mad at my fat roommate who has been wearing my clothes and completely ruining them?

“Recently, I have been noticing that any new clothes I get are becoming less tight and looser a few days after first purchasing them. It was making me doubt myself if I was the reason for that like maybe I was gaining weight, and was loosing them when I tried them on myself

but then I found out that it’s actually my roommate who has been trying them out for “a few hours” when I wasn’t home, I went bats**t crazy at her she basically ruined like 5 new sets of expensive clothes, they are so loose now because of her fat body and I look so ridiculous and uncomfortable in them as I’m much skinnier than her.

Her excuse was that they looked so nice that she wanted to try them out (“especially when she has a problem finding nice clothes she can wear” her words) and I don’t like it because she didn’t tell me about it until I caught her myself, she said that she thought it was something so insignificant that she didn’t need permission from me.

Let’s just say that things didn’t go well and I decided to get a lock for my closet which offended her and got her on the defensive especially when I called her “fat” (which she is, she is literally obese, she is 80kg 157 cm) 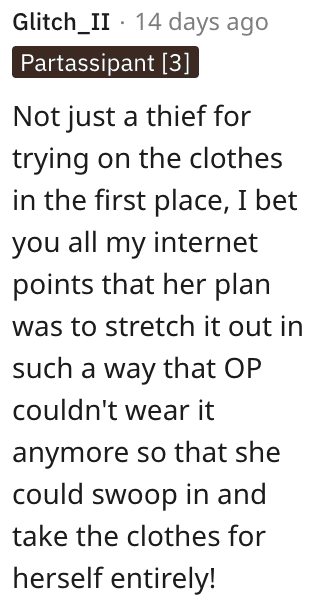 And this individual agreed and added that she’s probably been doing this for a while. 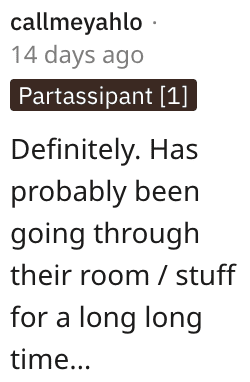 Another reader said that this is STEALING, plain and simple… 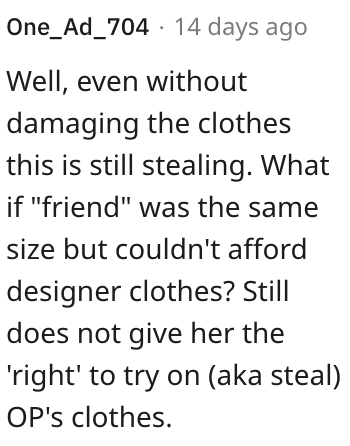