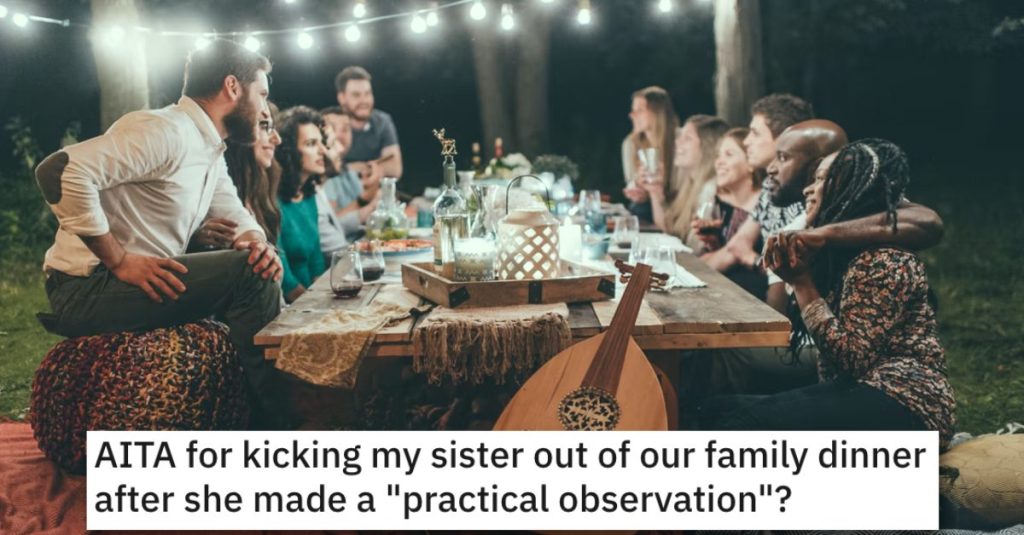 Those are not words you hear very often at a dinner party…but here we are, people…

Check out this story from Reddit’s “Am I the A**hole?” page and we hope to hear from you in the comments!

AITA for kicking my sister out of our family dinner after she made a “practical observation”?

“My brother ‘Fred’ and his wife ‘Sarah’, are not very financially stable, so it was a bit of a surprise for my sister, ‘Katie’ and I when they announced that they were pregnant.

However, we kept it to ourselves. A few months ago, Katie planned a family trip. Brother and SIL decided to opt out as they were cutting costs for the baby. At this, mom and dad decided to cancel the trip altogether and have another one later, since mom’s health wasn’t too great either.

This greatly irked Katie as she was really looking forward to this trip and made some very unsubtle remarks that Fred and Sarah shouldn’t be having children if they don’t have money. This very clearly upset both of them.

Unfortunately, due to several complications, the baby was stillborn. It has been a month, and my brother and SIL are understandably still devastated. Especially my SIL’s mental health is not very well as of now.

Yesterday, I hosted a little family dinner at my home, with sister, brother, SIL and our parents. Some time before dinner, SIL went to the bathroom, and meanwhile, my husband asked Fred if she was doing well.

Before Fred could reply, Katie jumped in and said, “Well, though the loss is very sad, think of this as a good thing. At least you don’t have to worry about money anymore. As I said, you shouldn’t be bringing kids into this world unless you are sure you can provide for them.”

Fred went red-faced and said that they WOULD have been able to provide for their child. They may not have money for extra luxuries, but they would do everything for their child. He was almost crying and purple with anger, so I quickly dragged Katie away to the kitchen and demanded what had possessed her to say something so insensitive.

She got incredibly defensive and said that she had made a very practical observation and she was 100% correct. It was better to see straight than be clouded by emotions. By that time, Sarah had come out of the bathroom and was shocked to see Fred in tears. She kept on getting hysterical and asking what was wrong. I knew that Katie’s presence would ruin things further, and I asked her to get out. She looked incredibly hurt and angry, but went out anyway.

Fortunately, our parents were late and didn’t have to see the whole spectacle. When they came home and found out what had happened, they were shocked and upset at Katie too, but mom thinks that perhaps I shouldn’t have kicked Katie out like this.

This person said they’re NTA and that they did a good job in this situation. 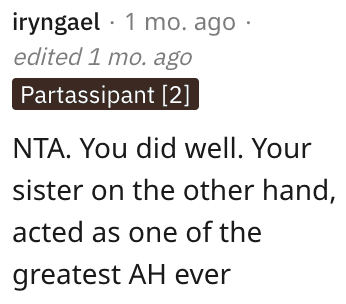 Another Reddit user agreed and said that not all truths need to be said out loud. 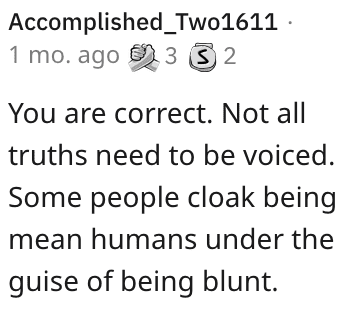 And this individual made a good point: brutally honest people are usually more interested in brutality than honesty. 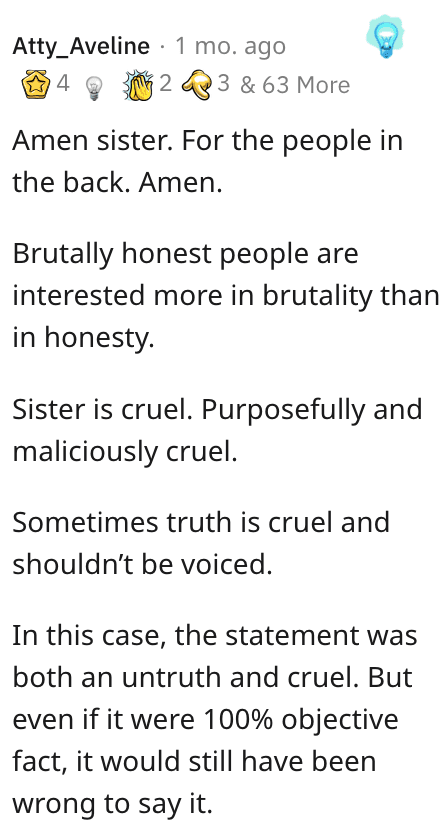