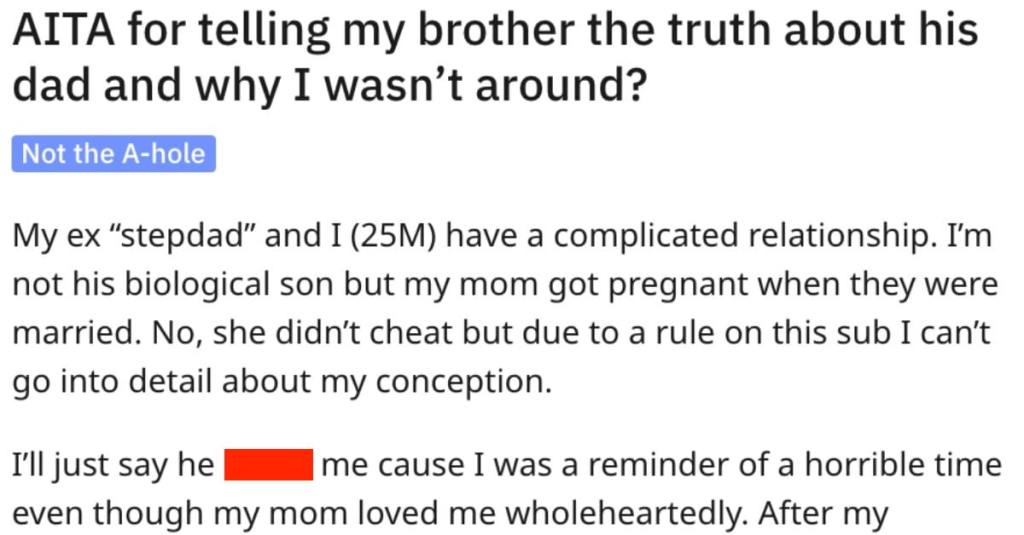 Sometimes, we think it’s best to keep our family members in the dark about certain things, and other times we just can’t hold it in anymore and we let it all out…and there are always some kinds of consequences.

This person took to Reddit’s “Am I The *sshole” page to ask for advice from folks there about an incident involving his brother.

AITA for telling my brother the truth about his dad and why I wasn’t around?

“My ex “stepdad” and I (25M) have a complicated relationship. I’m not his biological son but my mom got pregnant when they were married. No, she didn’t cheat but due to a rule on this sub I can’t go into detail about my conception.

I’ll just say he hated me cause I was a reminder of a horrible time even though my mom loved me wholeheartedly. After my brother (19M) “S” was born he made it more obvious how much he didn’t love me and treated S so much better.

My mom had fights with him all the time over how he treated me and they divorced when I was 8. They split custody of S and I stayed with my mom. I was really close to my brother as we grew up and we loved spending time together.

Our mom passed away when I was 20 and S was 14. He stayed with his dad full-time after and when I started trying to come over for visits, his dad told me to get lost.

He refused to let me see S and just because my mom facilitated a relationship between us doesn’t mean he’s going to.

Knowing the truth now about how everything happened, I understood why he hated me so much and didn’t want me around, but it still hurt not seeing my brother anymore.

I came by a few more times and tried to message S on twitter and IG but his dad blocked me on those. I gave up in the end and let it be.

S is 19 and he contacted me for the first time in yrs. It was awesome to finally see him again even if it was weird too since it felt like we were strangers. We’ve been talking a while and the other day he came to my place.

During our conversation he talked about how he was mad at me for years for ditching him after mom died and that’s why it took him a while til he was ready to reach out to me.

I got so mad that he told my brother that I was the one who didn’t wanna be around when that’s all I tried to do.

So I told S the truth, the fact that I wanted to be around him and tried visiting, why his dad was always a d*ck to me and how that’s mainly the reason why he didn’t want me around anymore after mom passed.

This was a major shock to my brother and he left. S didn’t txt me for days til he told me it’s cause he left his dads house and is living with a friend now.

My grandparents (his parents, they accepted me as their family), have called to tell me off for revealing this to S when it wasn’t going to do him any good. They’re saying I’ve now ruined his relationship with his dad and I should be ashamed for dragging up the past again instead of moving on.

His dad is very pissed off with me and so are they. That I should’ve let it be and continued rebuilding my relationship with S since he was obviously not mad at me anymore over the lie his dad told him.

I don’t know it feels crazy getting sh*t for being honest, but in this case they say it wasn’t necessary when it’s caused a lot of problems with S and his dad since now he doesn’t wanna talk to him. AITA?”

And here’s how people responded to this story…

This Reddit user argued that continuing the big lie would not benefit this man’s brother, so why not just tell the truth? 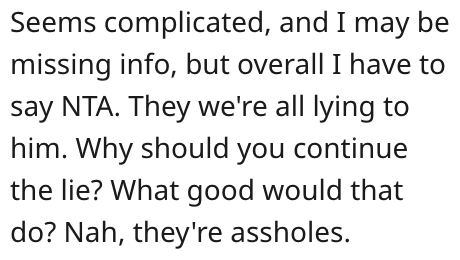 This person agreed that the writer of the post was not in the wrong for their actions.

And they reminded the man that this was not his fault. 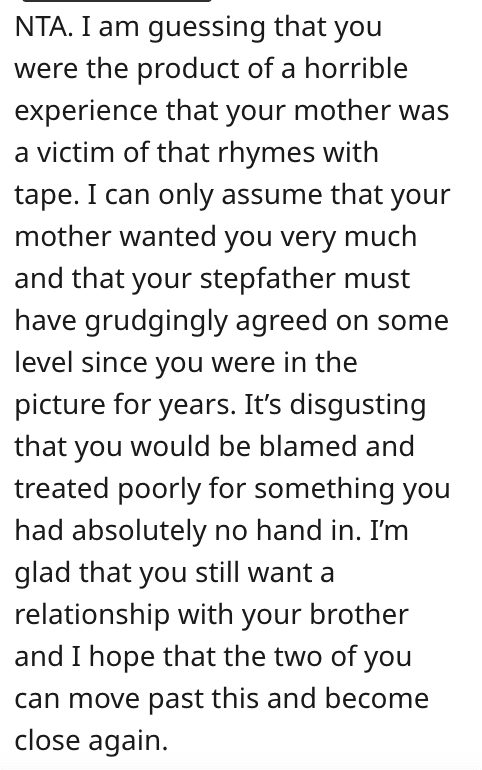 This person brought up a very simple concept…the truth shall set you free! 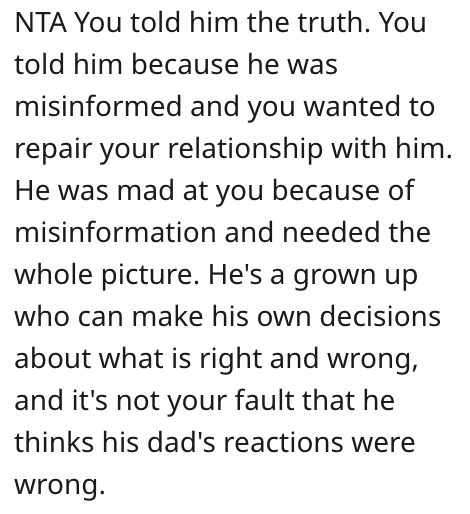 Another person argued that these lies had been perpetuated by the family for years and it definitely wasn’t the man’s fault. 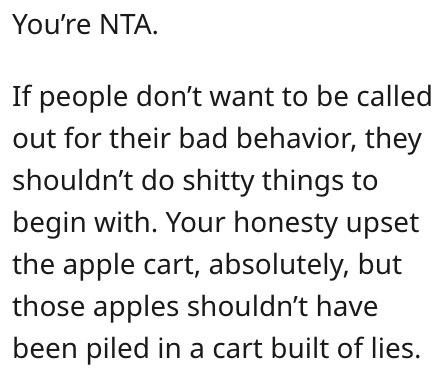 Finally, this person said that the man’s stepfather took out his anger on the wrong person…and that this guy is definitely not the *sshole for what he did. 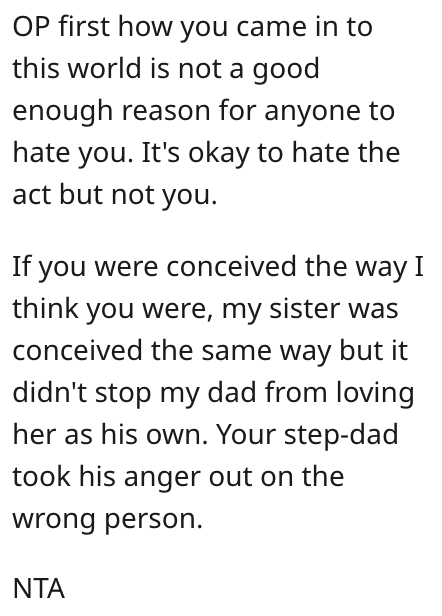 Do you think this person should have told their brother the truth about their dad?

Share your thoughts with us in the comments. Thanks a lot!