Some folks leave bad reviews on social media all the time for different businesses, but I’m pretty sure those folks don’t expect those places of business to post their private information in retaliation.

A man named Joe ordered food to be delivered from a restaurant called Get Stuffed Jersey and the whole interaction went off the rails, to say the least.

Joe sent a message to the restaurant saying they were still waiting on their food after 45 minutes. 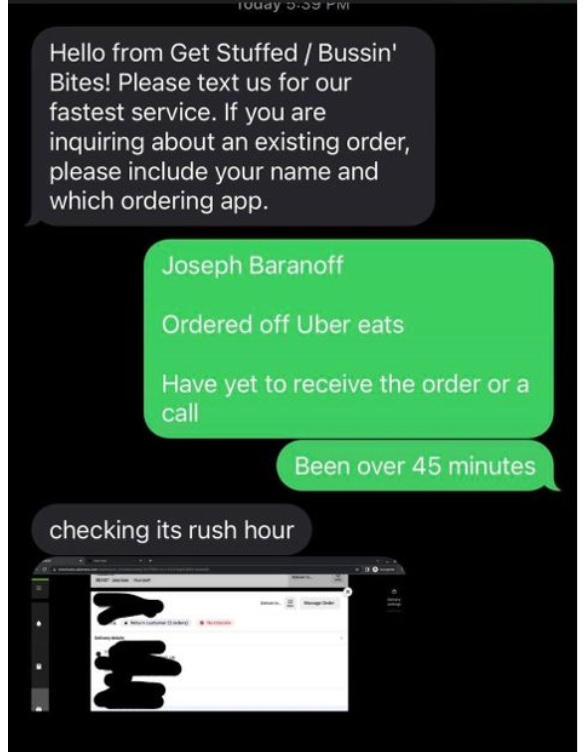 The restaurant responded and said traffic was bad and then made a sarcastic comment about having Joe’s food delivered by a helicopter. 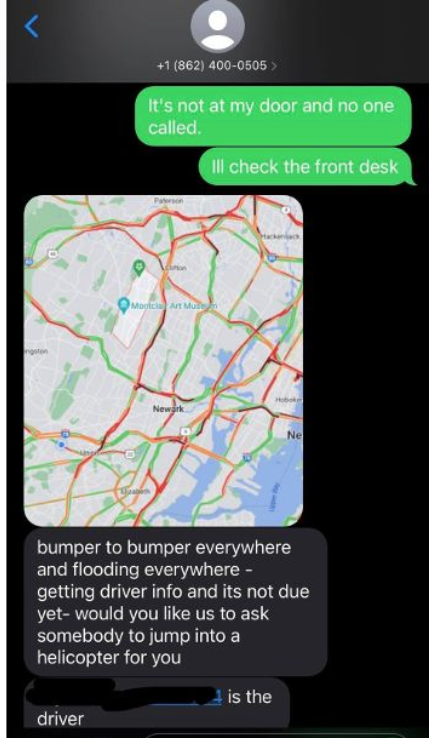 And then it started to get ugly.

But Joe didn’t find the person’s sarcasm to be very funny and they fired back. 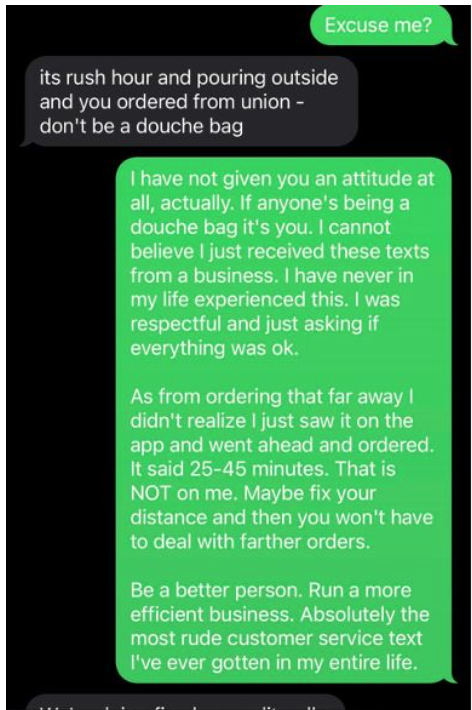 The restaurant person then fired back and called Joe a “Karen” because apparently there was flooding in the area.

Joe said he wasn’t aware there was in issue with the weather. 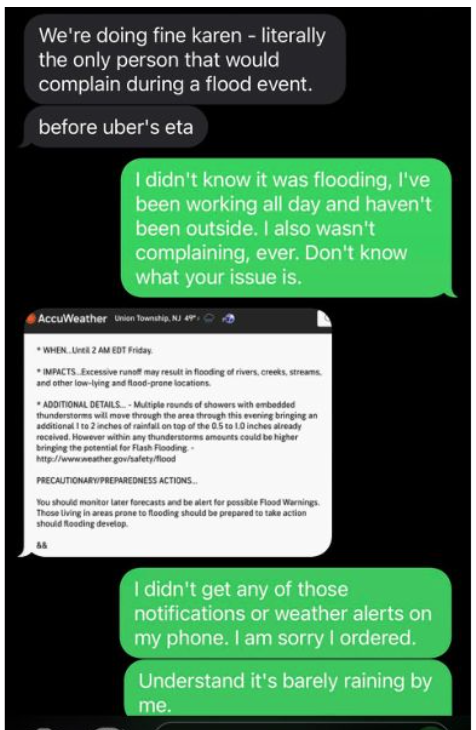 And things continued to escalate and Joe said this place should probably consider having someone else run their customer service because of how rude they were. 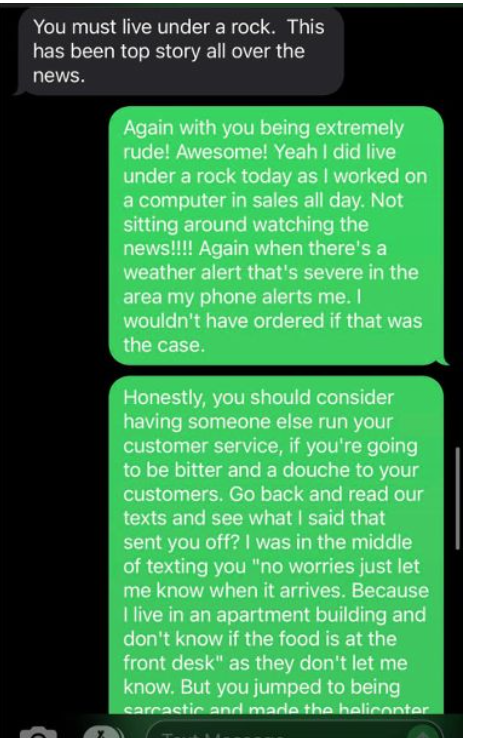 And the person at Get Stuffed Jersey made even uglier comments that you have to see to believe. 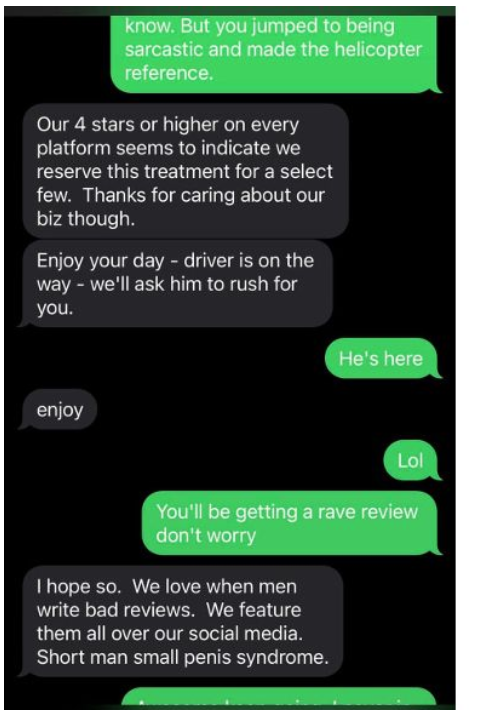 The exchange between Joe and the restaurant ended on an ugly note. 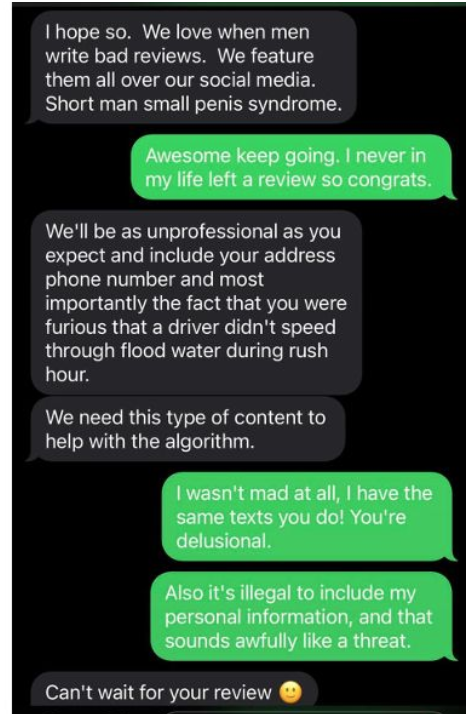 And then Joe said that the restaurant included his phone number and personal info all over social media. 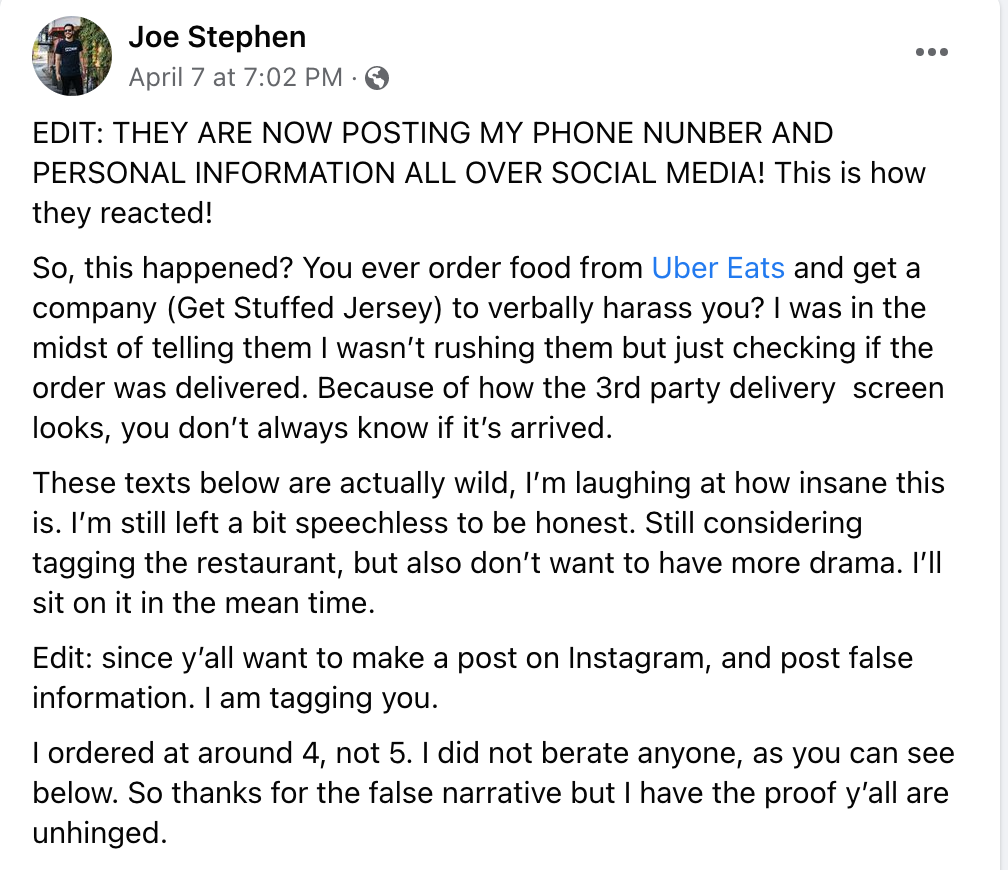 And here’s a post from someone else complaining about the ownership of the restaurant. 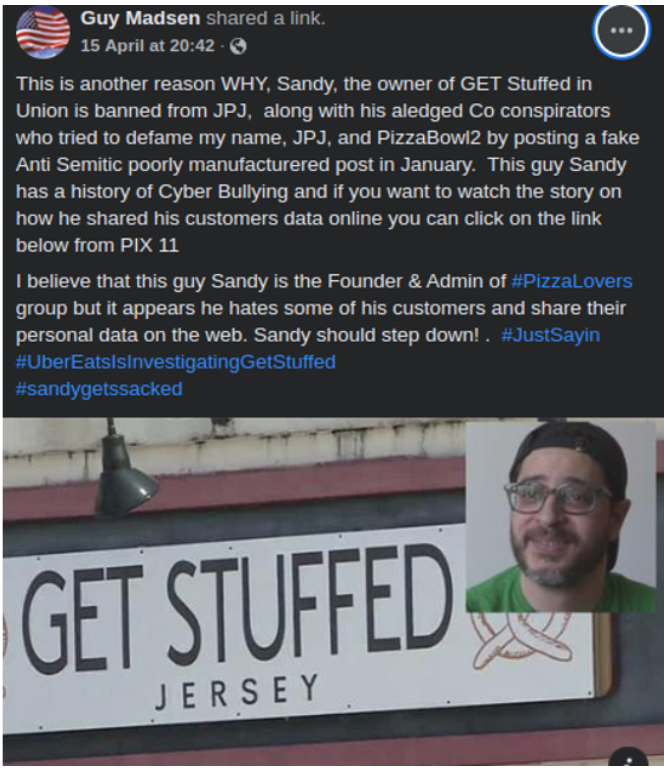 Here’s a video from the news about what happened.