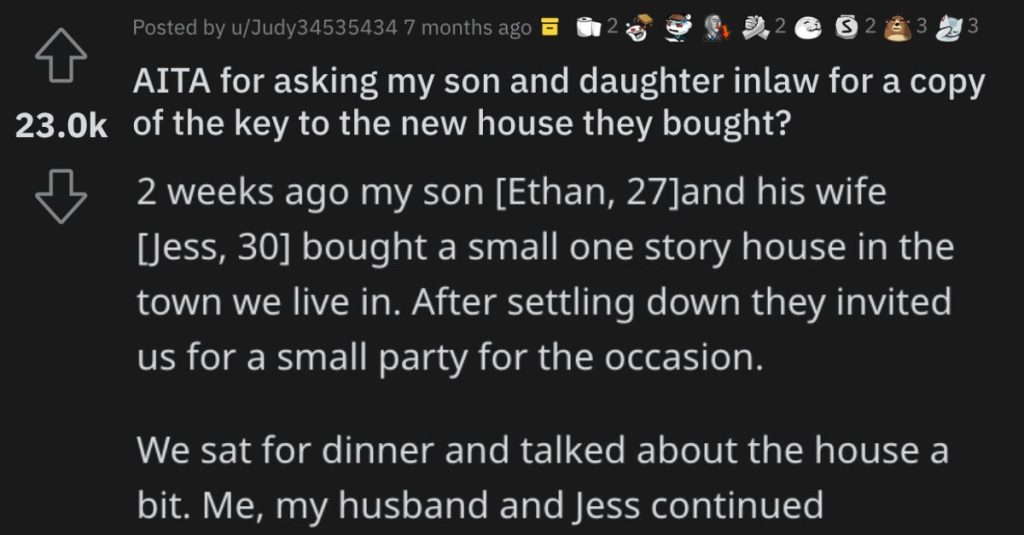 She Asked Her Son and Daughter-In-Law for a Key to Their New House. Was She Wrong?

So why did this woman ask her son and daughter-in-law for a key to their new house?

Read on to see if you think this woman was out of line for her request.

AITA for asking my son and daughter-in-law for a copy of the key to the new house they bought?

“2 weeks ago my son [Ethan, 27]and his wife [Jess, 30] bought a small one story house in the town we live in. After settling down they invited us for a small party for the occasion.

We sat for dinner and talked about the house a bit. Me, my husband and Jess continued conversing after Ethan excused himself to take an important call. Jess showed me the original key to the house and I asked if she made copies yet and she said no. I said she should and also give one copy to me as well. She looked at me funny and asked why she should.

I explained that it is necessary so that it could be used in emergencies. she rudely said “I don’t know what kind of an emergency that would require you having a key to our house, sure won’t be a fire incident!”. She obviously didn’t seem to have any idea that a fire incident wasn’t what I meant and I got offended by her sarcasm. I pointed out that it’s not just her decision because this is my son’s house as well.

She smiled at me trying to be polite and stated that only the ones who contributed towards the house get a copy and that I really don’t need one anyway. Also assured me that my son will have the same answer for me. Basically saying “Don’t bother bring this up with Ethan, he’ll tell you the same thing” but I did and she spoke on his behalf the entire argument repeating what she said over and over. Things escalated to her calling me pushy and me telling her she was being unnecessarily rude and disrespectful .

My husband and I left in a rush and I felt horrible. My husband went on and on about how paranoid and controlling I was to basically be “demanding” a copy of the key to the new house but again I stated that I was just trying to be helpful and taking extra precautions since anything could happen but he insisted I overstepped and ruined Ethan’s and Jess’s joy for their new house as well as dinner.

I genuienly do not think what I said was out of line and I’m not sure why Jess reacted so intensely. I think my request was innocent.”

One reader said this woman is an a**hole because of how she phrased everything in this situation. 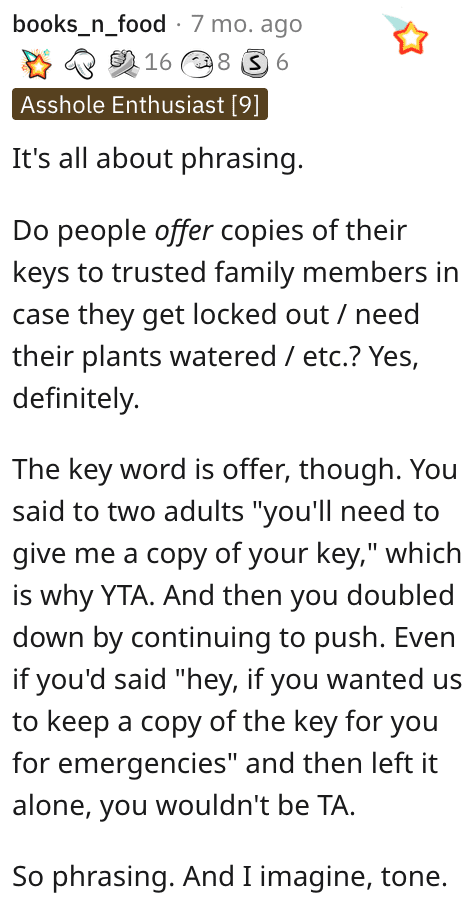 And this individual agreed and said she is definitely an a**hole. 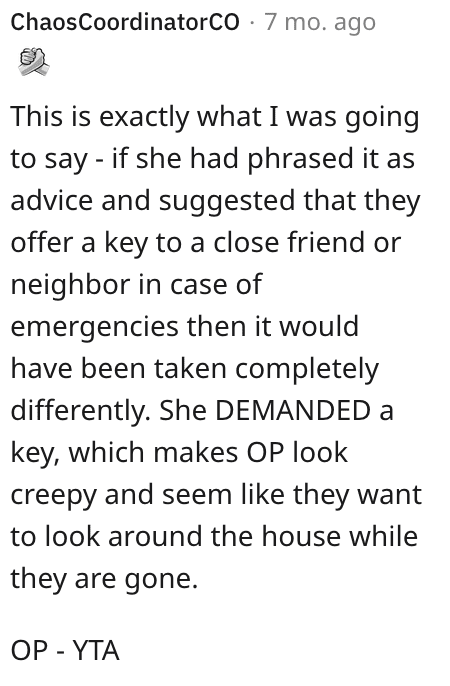 Another Reddit user had a similar experience with their own mother-in-law and they definitely didn’t like it. 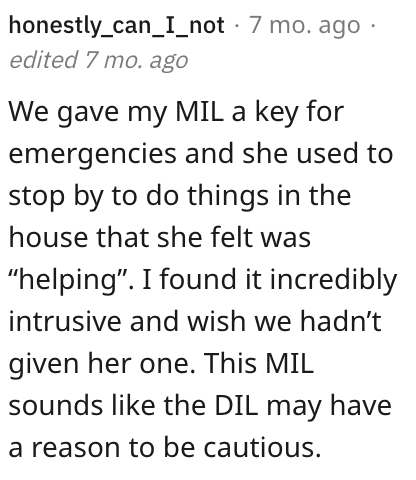