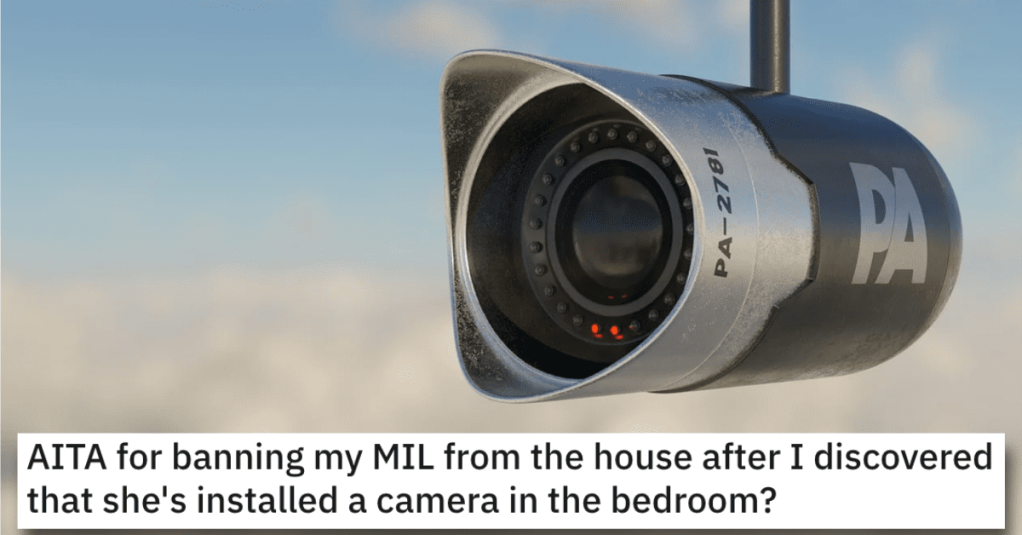 She Banned Her Mother-In-Law From Their House When She Discovered a Hidden Camera. Was She Wrong?

This one kind of blows my mind!

How could you not tell someone that you installed a freakin’ camera in their house?

But I’m not here to tell you what to think…you gotta make up your own mind.

Check out this story and see what you think after you read all the details.

AITA for banning my MIL from the house after I discovered that she’s installed a camera in the bedroom?

“My husband (M33) got into a car accident almost a month ago, He’s been bedridden due to a back injury and I’ve been his primary caregiver.

The pressure has been too much from my MIL, she keeps telling me to take care of him and be there for him constantly. She begged me to take time of work and I did, asked me to send her hourly updates about his condition (first 2 weeks) but when I don’t she’d get mad and cause an issue.

She visits everyday but doesn’t do anything to help, alternatively, she’d list all the things I should or shouldn’t do. The family keeps telling me she’s just worried sick for her son so I try to stay calm.

Days ago, she called to berate me about not replacing the sheets quickly, I had no idea how she found out since my husband didn’t call her. My sister inlaw called me to tell me that her mom installed a camera in the bedroom to see if I was taking proper care of her son. I was stunned, after searching the room I found the camera, I called my MIL and had a huge fight with her.

She admitted it and said she was just feeling concerned and wanted to make sure her son was being cared for (despite him calling her everyday) I yelled at her telling her that she’s no longer allowed into my home after this. She lost it and went on a rant about how I’m stopping her from seeing her son and that not seeing him will literally make her sick herself.

The family called me later to get me to back out of this decision but I told them she breached my privacy and took advantage of the situation, they said I’m taking it too personally and that I can’t blame a concerned mother for wanting to make sure her son’s fine, especially since she listed things she thought I was doing wrong.

I ended the conversation but my husband is upset telling me I’m being vindictive and that if his mom can’t come then he’ll move there with her. We argued then I went outside and he’s been silent ever since.

This person said she should report the mother-in-law to the police. 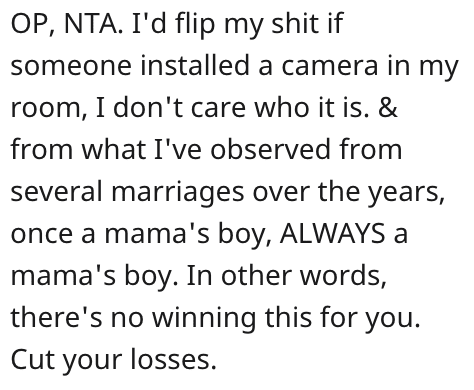 This individual made a good point about how big of a violation this was. 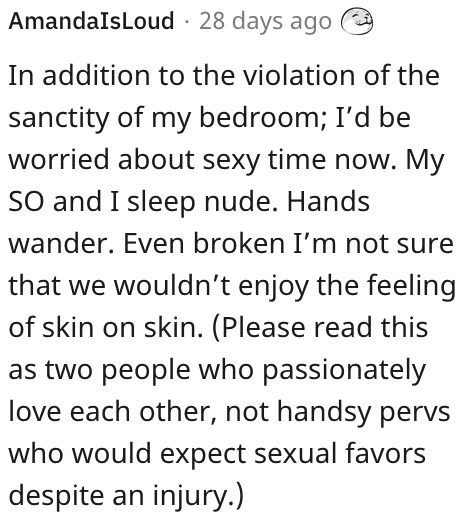 Sound off in the comments and let us know what you think of this story.