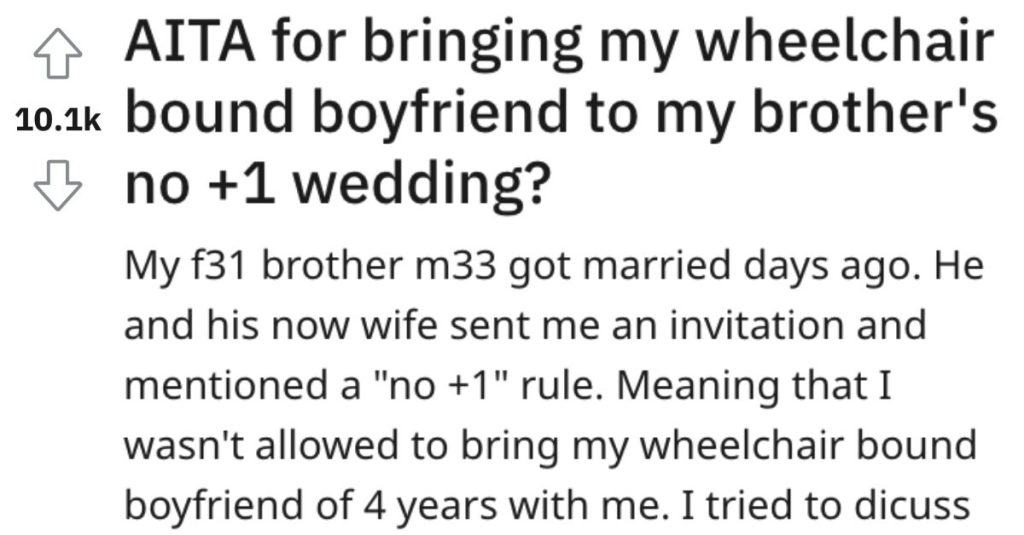 She Brought Her Wheelchair-Bound Boyfriend to Brother’s “No +1” Wedding. Was She Wrong?

If it’s explicitly stated that wedding attendees ARE NOT allowed to bring a guest, is it rude to bring someone anyway?

Hmmm, that’s a tricky one, because every situation is different…

So let’s see what happened in this story and let us know if you think this woman acted like an a**hole.

AITA for bringing my wheelchair bound boyfriend to my brother’s no +1 wedding?

He and his now wife sent me an invitation and mentioned a “no +1″ rule. Meaning that I wasn’t allowed to bring my wheelchair bound boyfriend of 4 years with me. I tried to discuss an exception for this rule because for one, my boyfriend is family and no one would deny that fact. And two, I could not find proper arrangements to have someone watch him (I’m his primary caregiver) while I was gone.

I brought him with me to the wedding. My brother and his bride were livid and picked up an argument with me about it. My brother said some hurtful stuff but I was glad he didn’t say it infront of my boyfriend.

I told him it’s not like my boyfriend was making a fuss or being distracting (he just remained quiet and respectful of everyone around him) my brother argued that none of that matters and that the trust and respect he had for me was gone the minute I decided to stomp on his wedding boundaries and override the rules.

My parents understood my side but also said that it was my brother’s wedding and I should’ve respected the rule he had for non-official couples.

We’ve not been talking since the wedding. I tried calling him but keep getting hung up on. His wife texted me yesterday to stop calling.

AITA? It’s not like I brought a hyperactive child to the wedding, I think he might have overreacted but I’m not sure.”

One person said she’s an a**hole and that she should be ashamed of herself. 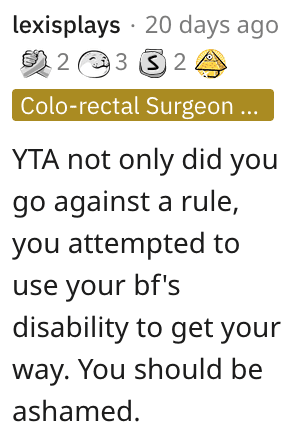 Another individual agreed that she is definitely an a**hole. 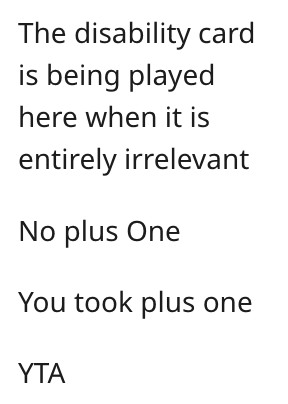 And this reader said she’s an a**hole and that she owes everyone an apology. 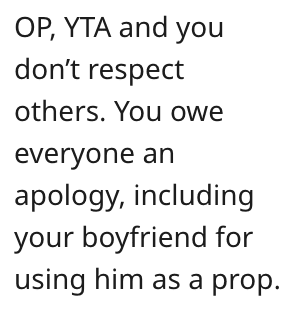