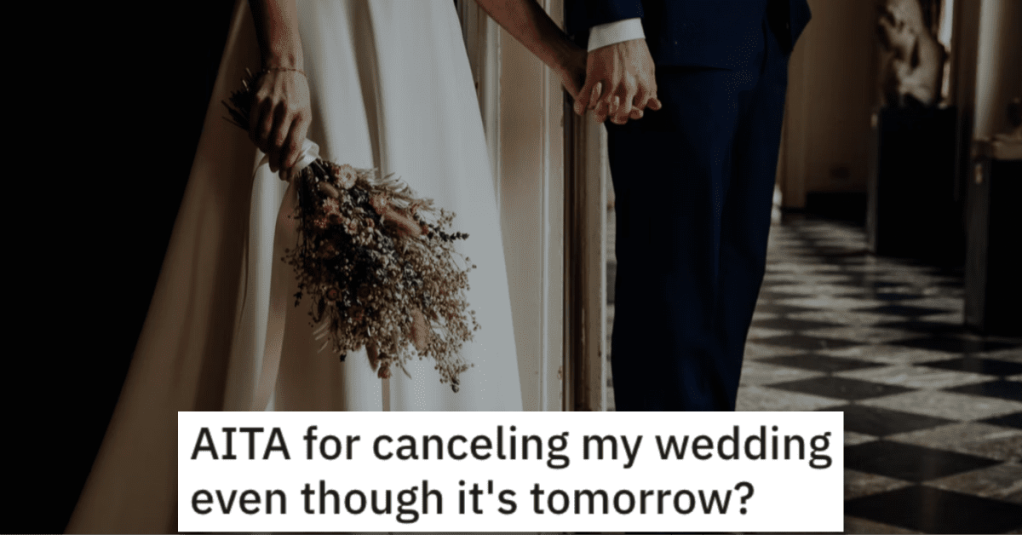 She Canceled Her Wedding the Day Before to Be With Her Grieving Sister. Was She Wrong?

You know that things must be pretty bad or something serious happened if someone cancels their marriage the day before it’s supposed to happen.

So read this story and see if you think this woman was an a**hole for what she did and we hope we hear from you in the comments.

AITA for canceling my wedding even though it’s tomorrow?

“This morning I woke up to a bunch of texts from my sister who lives fourteen hours away. She’s been pregnant for a little less than 5 months. She was supposed to be the maid of honor at my wedding, but she delivered the news that the doctor told her she had a miscarriage.

I can only imagine the grief my sister is going through. She can’t attend my wedding and even though everything is already booked and we had some guests flying in for the wedding, I just can’t have it without her.

I thought my fiance would understand, but instead, he got extremely upset. We’ve been planning this date for a while now because it’s his mother’s birthday and very special to him. But, it would make my sister devastated if I had it without her since I know she was looking forward to it.

She said she just wasn’t ready to celebrate anything at the moment, and as her sister, she feels like it’s my responsibility to comfort her. It’s early in the morning where I live and we’re prepared for the wedding tomorrow but I can’t stomach having my special day without my sister.

I told my fiance and after I finish writing this I’m going to start packing. I need to be with my sister right now. I know everything has already been planned out and I’m ruining a lot by doing this, but I have to put family first. My fiance is definitely mad and called me an a-hole because of it.

So I was wondering, AITA for canceling my wedding last minute to be with my grieving sister?”

One person said that she is the a**hole, but be sure to read the whole thing because they make some good points.

And this Reddit user also said she’s the a**hole and that her relationship with her sister sounds pretty codependent. 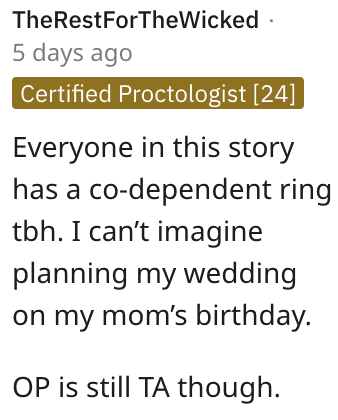 And another individual agreed and said maybe she just needs to marry her sister. 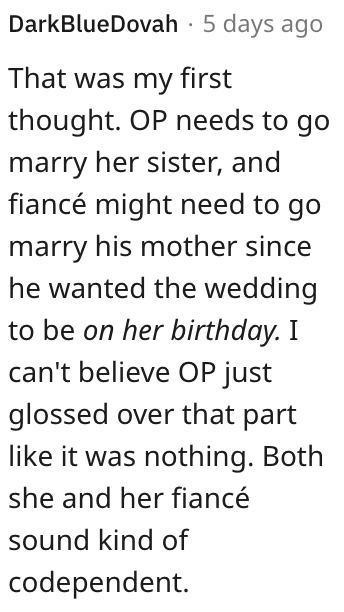