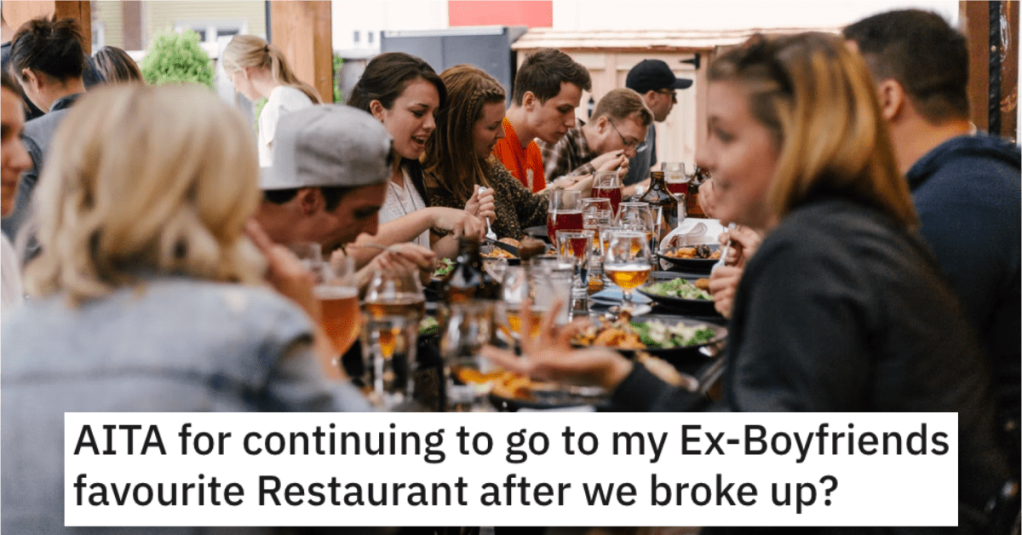 She Continues to Go to Her Ex-Boyfriend’s Restaurant After They Broke Up. Is She a Jerk?

This is just the way I do things, but if I’m no longer dating someone, I do my best to avoid places they hang out.

But on the flip side, you can’t expect to NEVER go to a place like a restaurant that you love just because you’re done with someone, right?

Take a look at this story and see if you think this woman is acting like an a**hole.

AITA for continuing to go to my ex-boyfriend’s favorite restaurant after we broke up?

“So when I was dating my Ex-Boyfriend he’d take me to this wonderful Korean BBQ place, it is his favourite restaurant and I love it too. We ended up breaking up in a rather messy and bad way as the relationship turned sour, I won’t play the blame game there was fault on both sides.

I wasn’t about to let a bad break up prevent me going to get food I loved though so I still visit the place from time to time, we broke up a year ago and a little while ago we ran into each other there while he was on a date with another woman, I resolved to ignore him and enjoy my food but he saw me and demanded to know what I was doing there and even asked me if I was stalking him, apparently my laughter at the very idea offended him even further and I told him he was flattering himself far too much that I just like the food there.

Some of my friends think it’s weird I continue to go here though and that it could cause further incidents if I run into him and that I should just not go here anymore as it was his first and be considerate, I think it’s ridiculous as it’s just a restaurant I happen to like, am I in the wrong here?”

Now take a look at what Reddit users said about this story.

This reader said that this woman is NTA. 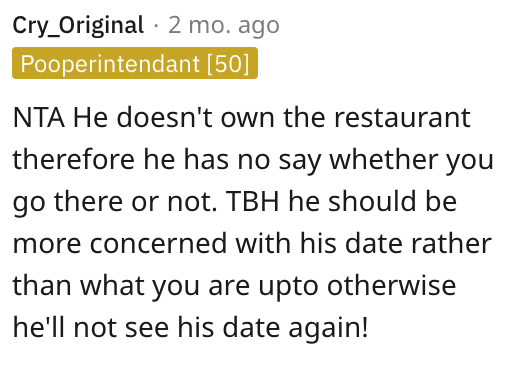 And another individual argued that this guy isn’t allowed to tell her where she can and can’t go. 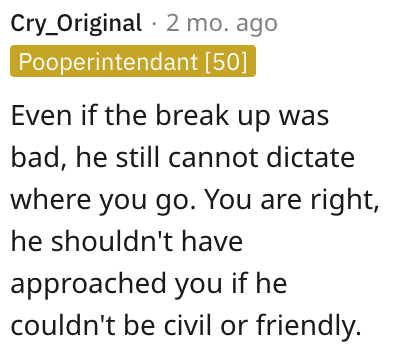 This Reddit user said this woman is NTA and the ex seems to be acting in a ridiculous manner. 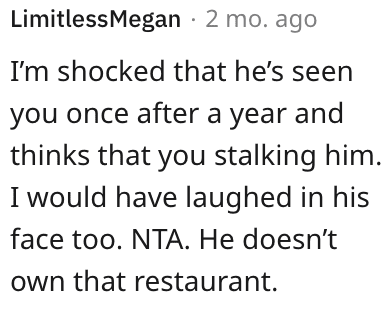