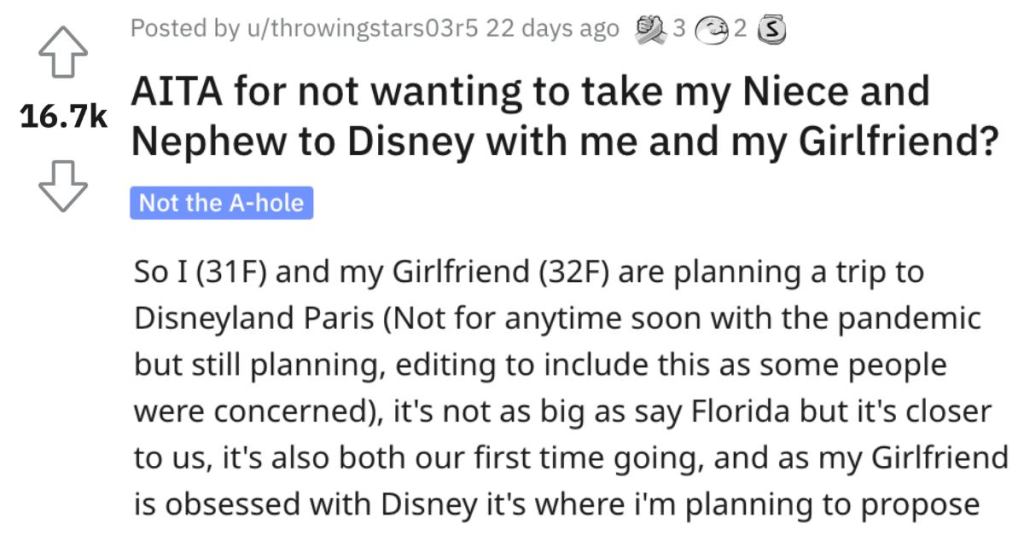 She Doesn’t Want to Take Her Niece and Nephew to Disney. Is She a Jerk?

Would you mind taking two children with you on your trip to Disneyland?

The one in Paris?

Sure, whatever you say…

Check out this story from Reddit’s “Am I the A**hole?” page and see if you think this woman was a jerk.

AITA for not wanting to take my Niece and Nephew to Disney with me and my Girlfriend?

“Using a throwaway as my girlfriend knows my Reddit and I don’t want to spoil the surprise.

So I (31F) and my Girlfriend (32F) are planning a trip to Disneyland Paris (Not for anytime soon with the pandemic but still planning, editing to include this as some people were concerned), it’s not as big as say Florida but it’s closer to us, it’s also both our first time going, and as my Girlfriend is obsessed with Disney it’s where i’m planning to propose to her to make it more special.

My sister knows i’m proposing as she helped me pick out the Ring and she was very supportive until she found out where I was planning to propose, she doesn’t approve of it as we’re not kids and has stated that as we’re not Children it’s “weird” and how if I wanted to go there I should take her kids who are 10 and 6, I love my Niece and Nephew but this is a special trip for me and my Girlfriend.

I explained this to my Sister and I thought she understood, but next time I was over seeing her kids they were upset as she had told them about the Disney trip and they couldn’t understand why I wouldn’t take them, I tried to console them but I felt very put on the spot and upset by this, I ended up leaving not long after and my Sister keeps badgering me to take the kids now as they’re so upset.

The Worst part is my Girlfriend is starting to feel guilty and wondering if we should just take the kids with us. I can’t explain to her why i’m so angry right now as I want to make this a special thing for her.”

Now check out what folks on Reddit had to say.

This reader said that this woman’s sister is a major a**hole. 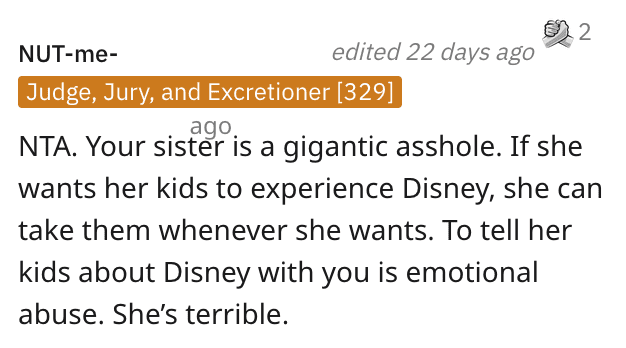 And this Reddit user said that the woman’s sister sounds entitled. 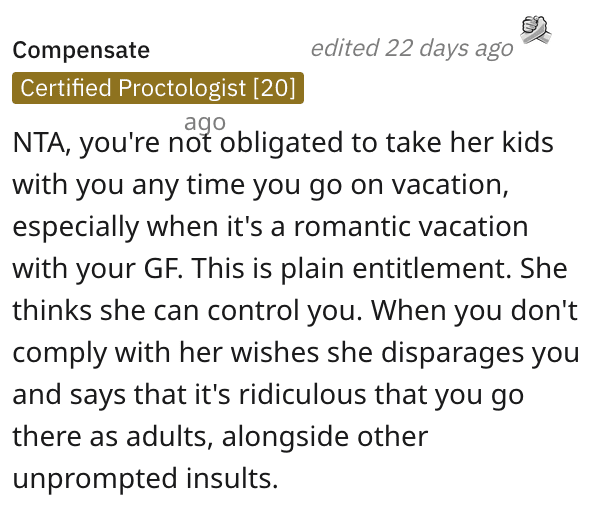 Another individual said that this woman is not an a**hole but her sister sure sounds pretty darn manipulative. 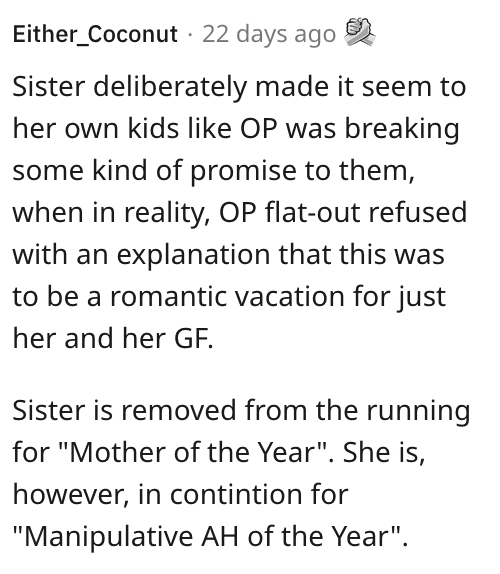